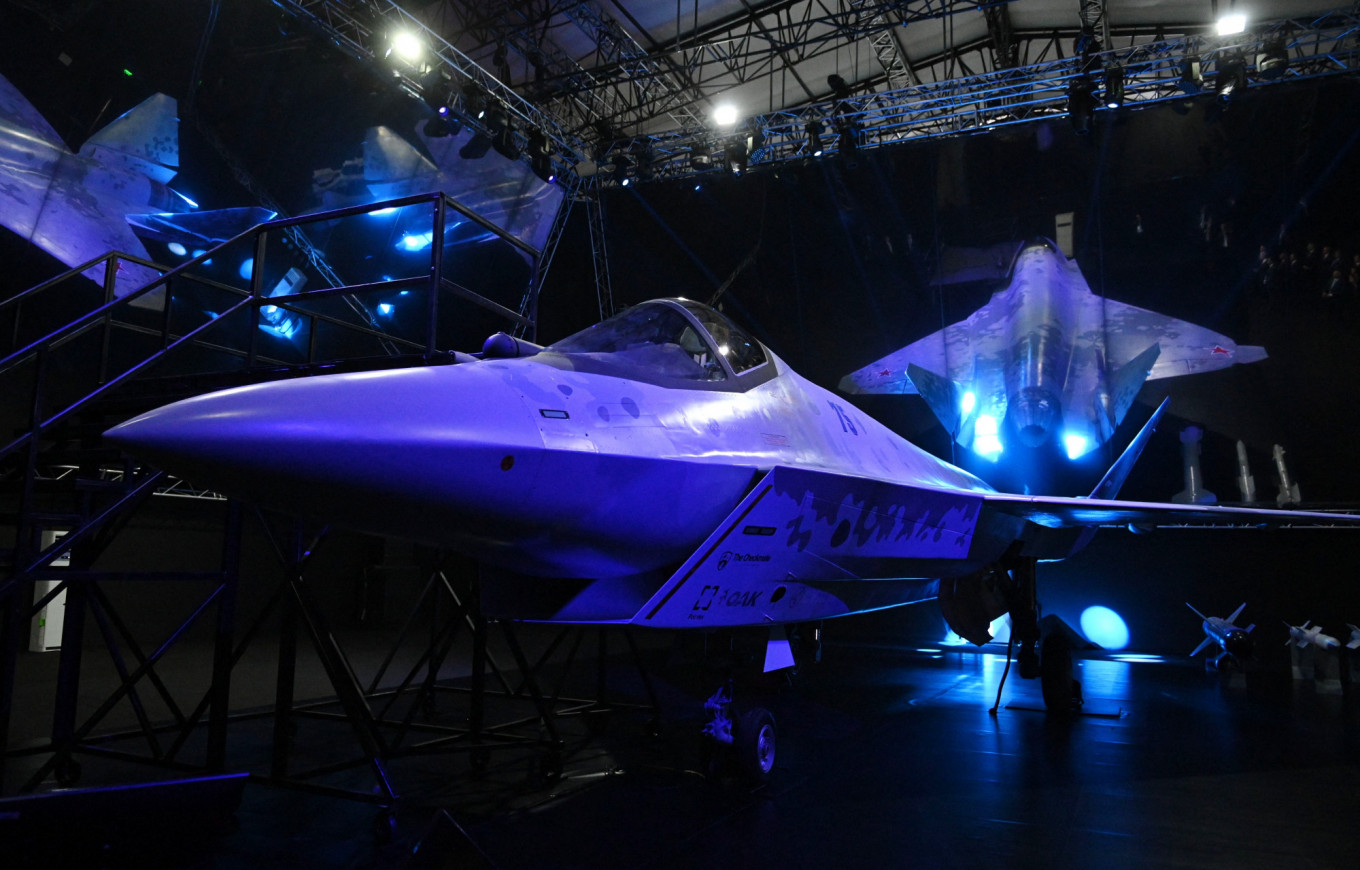 Russian President Vladimir Putin got a sneak peek Tuesday of a next-generation stealth fighter jet dubbed “The Checkmate” ahead of the official unveiling later in the day.

A new Sukhoi stealth fighter is due to go on display at a biennial airshow outside Moscow Tuesday, and Putin was given a first look, the Rostec defense and technology giant said.

The aircraft was being kept in a hangar with the words “The Checkmate” written in large white lettering in English, according to an AFP photographer at the exhibition.

The official unveiling is scheduled for 15:00 GMT Tuesday.

But the plane will not perform any flights, a Rostec spokesman told AFP.

Putin has made investing in the army and developing new weaponry a priority over his two-decade rule.

Another group of U.S.-listed China stocks plunge as Beijing regulators crack down