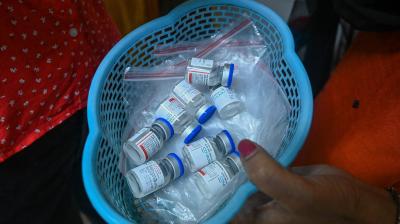 Hyderabad: The World Health Organisation, which is currently reviewing Bharat Biotech’s application for an Emergency Use Listing (EUL) of its COVID-19 vaccine Covaxin, has said it is assessing the data of the jab.

In an update on its website, the WHO, which began rolling data on July 6, said the date for a decision on the jab is yet “to be confirmed”.

Rolling data allows the WHO to start its review right away, as information continues to come in, to accelerate the overall review process.

Suchitra Ella, joint managing director of Bharat Biotech, had recently said the EUL process is a step closer to the final decision on Covaxin’s ‘global acceptance’ as the rolling data was slated to begin in July.

She also, in a tweet, said the company was working closely with the WHO for inclusion of Covaxin in its EUL and approval is not expected to be a long drawn process as cell line and majority of Bharat Biotech’s facilities have already been audited and approved by the global health watchdog for BBIL’s other vaccines in the past.

The jab demonstrated 77.8 per cent effectiveness against symptomatic COVID-19 and 65.2 per cent protection against the B.1.617.2 Delta variant, it said.