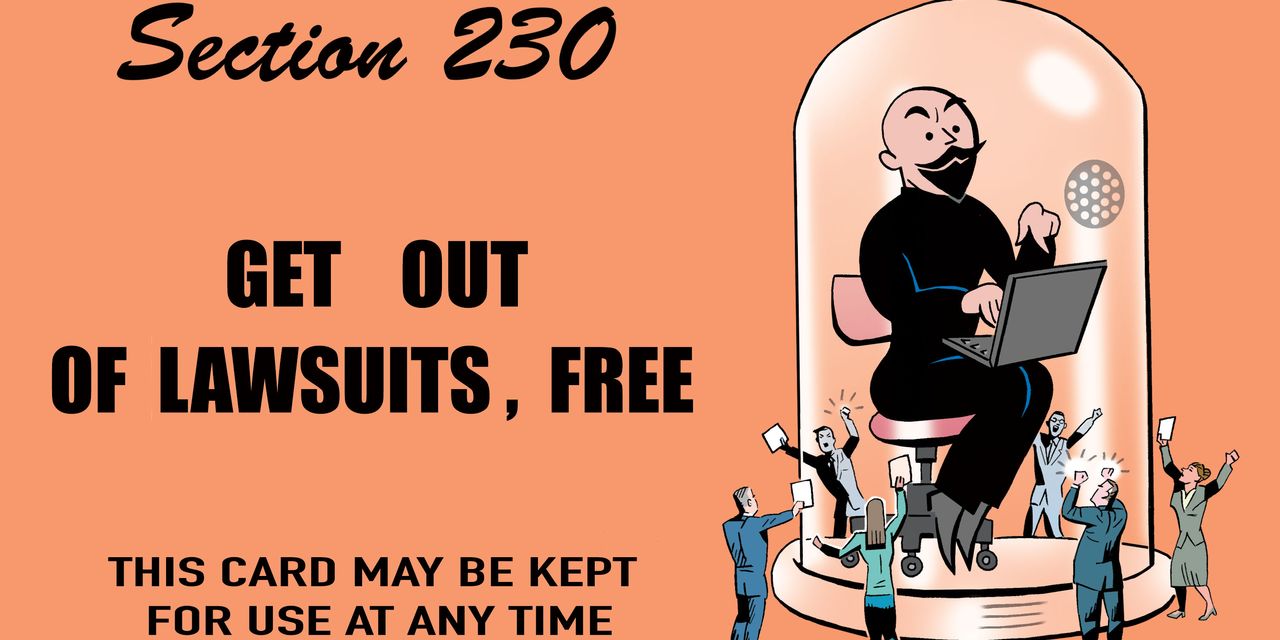 Big Tech platforms claim that U.S. law gives them almost unlimited power to ban content and users they deem objectionable. But a case pending before the Second U.S. Circuit Court of Appeals calls that assumption into question.

It started when the video-hosting platform Vimeo deleted the account of Newport Beach, Calif.-based Church United after its founder, James Domen, posted five videos discussing what Vimeo calls “sexual orientation change efforts,” the promotion of which the site forbids. Mr. Domen, who describes himself as a former homosexual, claims the banishment constituted discrimination based on both religion and sexual orientation, in violation of state and federal civil-rights laws. He also argues that Vimeo’s censorship violates the California Constitution, which state courts have interpreted to protect individuals’ rights to speak and assemble in privately owned spaces such as shopping centers.

A federal magistrate judge in New York, where Vimeo is headquartered, dismissed Mr. Domen’s complaint, noting that Section 230 of the Communications Decency Act shields “interactive computer services” like Vimeo from lawsuits for “any action voluntarily taken in good faith to restrict access to or availability of material that the provider or user considers to be obscene, lewd, lascivious, filthy, excessively violent, harassing, or otherwise objectionable, whether or not such material is constitutionally protected.”

A three-judge Second Circuit panel upheld the dismissal in March, again citing Section 230, under which, Judge Rosemary Pooler wrote, “Vimeo is free to restrict access to material that, in good faith, it finds objectionable.”

Vimeo, however, didn’t stop at restricting access to the videos, or even at deleting them. It wiped out the church’s entire account. That would seem to strengthen Mr. Domen’s claim of discrimination, since he and Church United, not merely some of their content, were unwelcome. But he didn’t have an opportunity to make that case, because the judges held that Section 230 pre-empts the discrimination complaint.

“Section 230 immunity, like other forms of immunity, is generally accorded effect at the first logical point in the litigation process,” Judge Pooler wrote, quoting a Fourth Circuit decision. “Immunity is an immunity from suit rather than a mere defense to liability.” That means if the judge determines that Section 230 applies, he will dismiss the claim regardless of its merits.

But Mr. Domen filed a petition for rehearing. He argued that the panel failed to establish that Vimeo had in fact acted in “good faith” and further that “discriminatory animus cannot equate to good faith.” That implies that a hearing on the merits is necessary to determine whether immunity applies. Section 230, Mr. Domen’s petition argues, “should not be available as a cloak to protect internet-based platforms such as Defendant-Appellee to restrict otherwise appropriate content simply because the platform objects to the message being conveyed or, in other words, for purely discriminatory reasons.”

Last Friday the Second Circuit panel granted Mr. Domen’s petition for rehearing. The brief order didn’t elaborate, so we can’t be exactly sure what the judges are thinking. But accepting such a petition is an unusual step, so this is a case worth watching.

If the Second Circuit reinstates Mr. Domen’s claim, it wouldn’t be the first time a court has limited immunity under Section 230. Some judges have held that the law doesn’t shield platforms from lawsuits alleging they removed content for anticompetitive reasons. One district court declined to dismiss a lawsuit alleging that YouTube removed the plaintiff’s video as retaliation for her working with a competitor.

In Enigma Software v. Malwarebytes (2019), the Ninth Circuit held that Section 230 immunity “does not extend to anticompetitive conduct.” In October the Supreme Court declined to review that decision, and Justice Clarence Thomas took the opportunity to weigh in on the censorship issue. Courts, he wrote, are “adopting the too-common practice of reading extra immunity into statutes where it does not belong” and “have relied on policy and purpose arguments to grant sweeping protection to Internet platforms.” By construing Section 230 “to protect any decision to edit or remove content,” he wrote, “courts have curtailed the limits Congress placed on decisions to remove content”—including requirement that decisions to remove content be made in good faith.

“With no limits on an Internet company’s discretion to take down material,” he added, Section 230 “now apparently protects companies who racially discriminate in removing content.” He cited a Ninth Circuit ruling that Section 230 pre-empted a discrimination complaint by Sikhs for Justice, whose Facebook page advocating Sikh independence in the Indian state of Punjab was blocked.

Limiting Section 230 immunity, Justice Thomas noted, wouldn’t necessarily render platforms liable in any given case: “It simply would give plaintiffs a chance to raise their claims in the first place. Plaintiffs still must prove the merits of their cases, and some claims will undoubtedly fail.”

Even without immunity, there isn’t always legal recourse. The federal government doesn’t generally forbid businesses to discriminate on the basis of political viewpoint, though some municipalities do, and some state lawmakers are drafting laws specifically limiting viewpoint discrimination by online platforms. Mr. Domen may not prevail at the Second Circuit, but the issues his case raises will eventually make their way to the Supreme Court.

Ms. Finley is a member of the Journal’s editorial board.

Taking the ‘Bi’ Out of Bipartisan