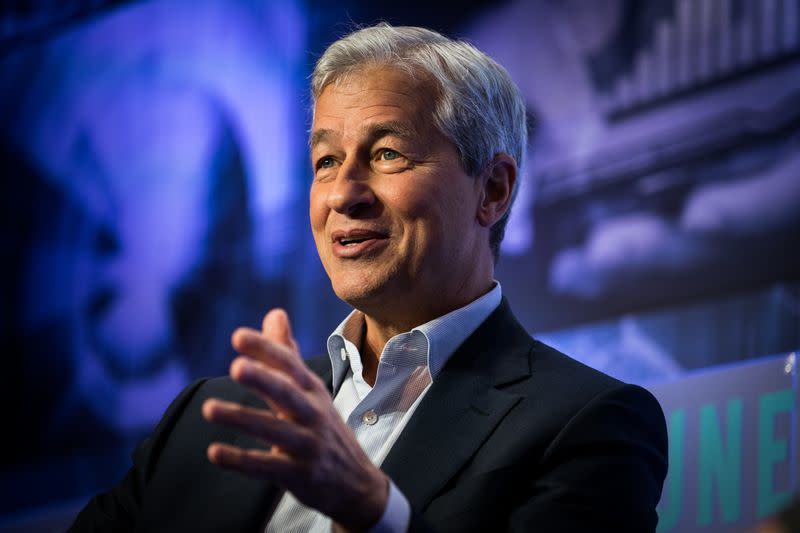 The billionaire chief executive officer of JPMorgan Chase & Co. was granted a special gift to persuade him to lead the biggest U.S. lender for another “significant number of years.” He was awarded 1.5 million stock appreciation rights, which are like options and will let him capture a profit if the stock price rises in the coming years.

At 65, Dimon is the only sitting bank CEO who led a major firm through the financial crisis. He took over JPMorgan in 2005, and built it into the biggest and most profitable bank in the country.

Dimon’s tenure, and the question of who may eventually succeed him, has long been a topic of interest across the financial industry and beyond. It came into heightened focus last year when Dimon was sidelined for four weeks after he underwent emergency heart surgery. And the firm is also fresh off its biggest leadership shakeup in years, putting Marianne Lake and Jennifer Piepszak at the front of the race to potentially take over the top job.

Dimon himself has found ways to be non-committal about when he’ll call it quits. His favorite quip: The date is five years away, no matter when he’s asked.

“This special award reflects the board’s desire for Mr. Dimon to continue to lead the firm for a further significant number of years,” JPMorgan’s board said in a regulatory filing Tuesday.

Dimon’s options are worth around $50 million on paper, according to Terry Adamson, an equity-valuation specialist who’s the managing director of Technical Compensation Advisors. JPMorgan didn’t disclose its own valuation of them.

If JPMorgan’s share price grows by 50%, the options will net Dimon $112 million before taxes, according to calculations by Bloomberg News. If it doubles, they’ll yield around $224 million. Conversely, if it falls below the current level once Dimon is able to exercise the options, they will be worthless.

The board said it gave the award to motivate Dimon, who already has a $2.1 billion fortune, to keep doing his job well. Dimon, who received $31.5 million in compensation for 2020, won’t be able to exercise the options for at least five years, and must hold any net shares gained from the award until mid-2031.

For the next five years the board can take away as many as half of his options if the bank’s performance is “unsatisfactory for a sustained period of time,” if the bank’s annual profit excluding certain items turns negative, or if the bank’s business units don’t meet certain financial thresholds.

The bank’s share price has nearly quadrupled over the last decade and is up 18% this year.

It’s not unusual for companies to grant large one-off awards to senior executives when they sign new employment agreements or as part of succession planning. Some compensation experts say such awards have become increasingly common since Tesla Inc. granted a massive moonshot award to founder Elon Musk in 2018.

But Wall Street banks have largely shied from such grants since the financial crisis and instead maintained largely uniform and predictable executive pay programs.

In May, the firm named Lake and Piepszak as the co-heads of JPMorgan’s sprawling consumer and community banking business, effectively elevating them in the race to the financial world’s most prized throne. Daniel Pinto, the bank’s president, is still widely seen as the obvious replacement for Dimon in an emergency, though a less likely candidate in a slow and orderly handoff.

Subscribe now to stay ahead with the most trusted business news source.

: Here’s the good, and bad, news from the England ‘Freedom Day’ experiment so far