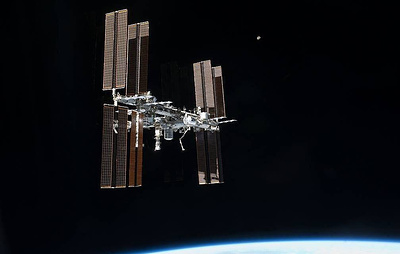 BAIKONUR, July 21. /TASS/. The Proton-M carrier rocket will be launched on Wednesday from the Baikonur space center in Kazakhstan to deliver Russia’s Nauka multifunctional laboratory module to the low-earth orbit.

The module will separate from the carrier rocket 580 seconds after the takeoff.

Further approach to the International Space Station (ISS) will be carried out with the help of Nauka’s own engines. The maneuver is expected to take eight days. The docking is scheduled for 16:26 Moscow time on July 29.

Nauka will dock to the slot earlier occupied by the Pirs module. On July 14, Russian cosmonauts carried out a series of operations for the module’s future undocking.

Pirs will depart from the International Space Station on July 23, at 16:17 Moscow time and will splash down in the Pacific Ocean approximately four hours later.

The module’s construction began in 1995. Russia initially planned to launch the Nauka lab to the ISS as a back-up of the Zarya compartment (the station’s first module that continues its flight as part of the orbital outpost) but the launch was numerously delayed. In 2013, the Nauka module was sent to the Khrunichev Space Center after metal chips were found in its fuel system.

At some point, Roscosmos contemplated replacing the research module’s original propellant tanks, manufactured about 18 years ago, with those from the Fregat booster. However, later it was decided to send the module to the ISS with its original tanks.

The Nauka multi-functional laboratory module can generate oxygen for six people and regenerate water from the urine. The Nauka will provide a second toilet for Russian cosmonauts (the first is located in the Zvezda module) and a room for the third crewmember. It will also use the European Robotic Arm (ERA) that will help perform some operations without spacewalks.

On July 1, it was announced that the launch was rescheduled from July 15 to July 21.