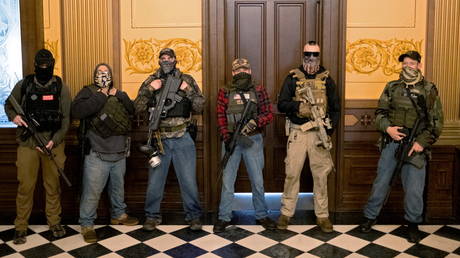 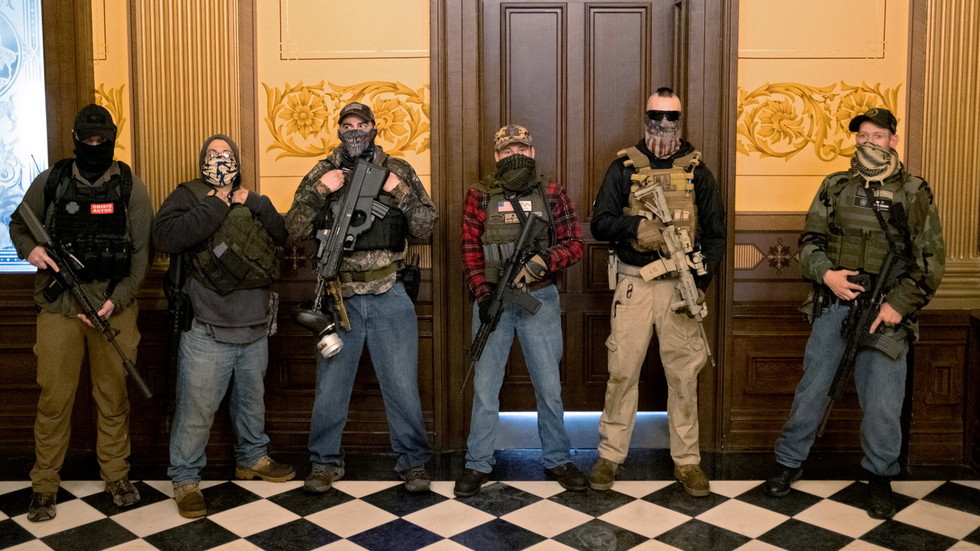 Several of the men accused of planning to kidnap Michigan Governor Gretchen Whitmer say they were entrapped by the FBI, with government documents suggesting that at least 12 undercover informants played major roles in the scheme.

A lengthy investigation by BuzzFeed News – published on Tuesday and based on court filings, text and audio transcripts and more than two dozen interviews with sources close to the case – claimed that the 12 informants and undercover agents “played a far larger role” in the kidnapping plot than was previously known.

“Working in secret, they did more than just passively observe and report on the actions of the suspects. Instead, they had a hand in nearly every aspect of the alleged plot, starting with its inception,” the outlet reported, noting that the scope of their involvement “raises questions as to whether there would have even been a conspiracy without them.”

The feds call it a conspiracy to kidnap Michigan’s governor, but a BuzzFeed News investigation shows that FBI informants had a hand in almost every aspect of the plan. https://t.co/eWUbospoXj

So far, one of the 14 suspects in the case has formally accused the government of entrapment, saying the FBI actively drove the plot forward and helped to assemble its key planners, while lawyers for two others say they plan to raise similar claims in the future.

All but one of the 14 defendants – six of whom were slapped with federal counts, while eight others were charged under Michigan’s terrorism laws – have pleaded not guilty, insisting there was no serious plan to kidnap Whitmer. One defense attorney deemed the plot “big talk” between “crackpots” and “military wannabes.”

In the FBI’s original criminal complaint issued on October 6, 2020, the bureau acknowledged that it “relied on information provided by Confidential Human Sources (CHS) and Undercover Employees (UCE) over several months,” saying that while all the informants were not present with the plotters at all times, “at least one… was usually present during the group meetings.”

The bureau, however, only mentioned four undercover sources, including two actual agents, in its initial complaint, far fewer than the 12 ultimately revealed in later filings. The FBI also did not disclose the full extent of their involvement in the plot, though did note that some informants were paid for their work.

Though not included in the initial affidavit, it was later revealed that another informant, identified only as “Dan” in government documents, was paid around $6,000 for “reimbursement for expenses” and another $24,000 for his “services” as a source. The bureau also purchased him a new car, deeming it a “witness protection expense.”

An Iraq War veteran, ‘Dan’ would become so deeply involved with the group of alleged kidnappers that he eventually rose to be its “second-in-command,” according to BuzzFeed. For around six months, he collected hundreds of hours of recordings of the group using a wire, encouraging suspects to collaborate with one another and “prodding” the ringleader to “advance his plan.” At times, he even paid to transport group members to meetings, as did another Wisconsin-based informant.

Last week, an attorney for one defendant filed a motion citing texts from an FBI agent to ‘Dan,’ saying they showed the bureau directed him to recruit specific people into the kidnapping conspiracy. The lawyer is now requesting all messages exchanged between the two, suggesting they could bolster an entrapment defense.

The group also arranged plans to purchase bomb martials from an undercover agent, as the FBI affidavit notes that four suspects planned to “meet with a UCE on October 7, 2020, to make payment on explosives and exchange tactical gear.” They were arrested before that meeting could happen, and the full extent of that agent’s involvement in the plot remains unclear.

While the US Department of Justice declined BuzzFeed’s requests for comment, the Michigan attorney general’s office downplayed the defendants’ claims, saying they “are not indisputable facts,” and that officials would “counter and correct these issues in court.”

The alleged plotters were arrested in October 2020, with many held without bail ever since. Authorities claim the group began preparing for the kidnapping in June of last year after months of discussions online, in which members frequently criticized Whitmer’s policies, namely Michigan’s draconian Covid-19 lockdowns. The group was said to have held several military-style training sessions and gathered thousands of dollars in weapons and gear for Whitmer’s abduction.

Though the government is likely to challenge the entrapment allegations, the FBI has come under fire for its questionable use of confidential informants in the past, particularly in cases linked to terrorism. In one high-profile case that culminated in 2012, members of another Michigan militia group accused of planning to kill a police officer were acquitted after the defense successfully argued the conspiracy was instigated by embedded FBI informants.