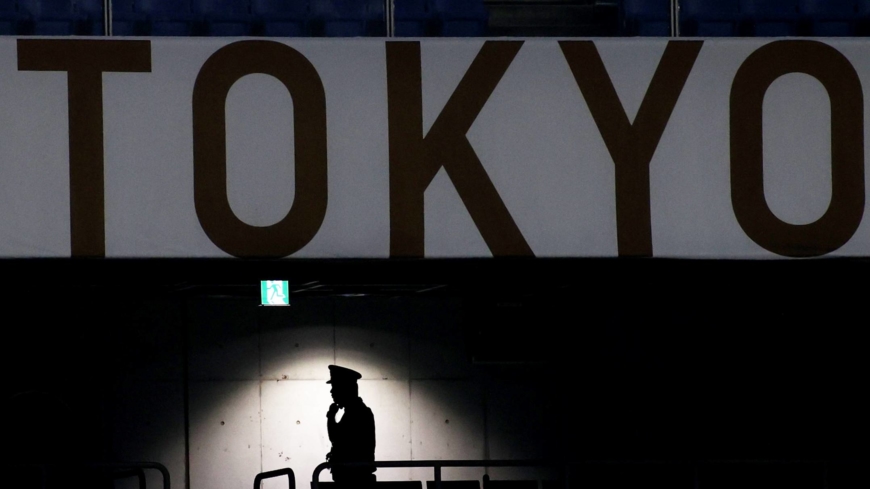 The situation is changing daily and some questions don’t yet have answers, but here’s what we know so far:

Despite the declaration of a fourth state of emergency in the capital — which forced organizers to ban nearly all spectators — just days remain until the Tokyo Olympic and Paralympic Games kick off on July 23 during an opening ceremony that, for the first time in history, will be held in an empty stadium.

Less than a third of the country has been vaccinated and COVID-19 measures set forth by the organizers are losing public confidence as a small but growing list of athletes and staff become infected.

As new cases steadily increase in Tokyo, will organizers and public officials be able to prevent the virus from spreading further among athletes, staff, press, volunteers and local residents?

Here is what we know:

What are the virus protocols for Olympic participants when they enter Japan?

All of the more than 15,000 athletes slated to compete in the games will need to be tested twice for COVID-19 before boarding a flight to Japan, and tested daily after their arrival, according to the latest playbook, which outlines coronavirus measures for athletes and other participants.

However, so that they can practice, they will not be asked to self-isolate for 14 days after landing in the country — a requirement for others who enter Japan from overseas.

Upon landing, athletes will be required to submit a comprehensive daily itinerary of what they plan to do, where they intend to go and how they will get there.

They will also be required to stay at the Olympic village for five days before they start competing and two days after.

Athletes will not be allowed to use public transportation unless their event is held at a distant venue, but they will be allowed to eat meals either at restaurants where they are staying, through room services and deliveries to their rooms or by using catering services at event venues.

From Brazil to Russia to South Africa — and more — athletes from numerous countries have been or remain in isolation after someone close to or on their team became infected.

Athletes and other participants will be required to take COVID-19 tests regularly, and athletes will need to check into the athletes village — a 44-hectare complex in the city’s Harumi area near the Tokyo Bay — five days before competing, and leave two days after their last event.

What happens if somebody breaks protocol?

Organizers have said failure to comply — not just for athletes but for all personnel — could result in: a disciplinary warning; temporary or permanent expulsion; monetary fines; or the withdrawal of media accreditation for members of the press.

While domestic attendance has been a fundamental — and equally controversial — dilemma for organizers, so too is the effectiveness with which they can prevent or track contact infections among the tens of thousands of Olympic and Paralympic athletes, coaches, staff, volunteers, VIPs and media personnel.

GPS tracking and deterrents — by way of warnings, fines or (for athletes) expulsion from the games — seem to be their answer.

On June 15, the International Olympic Committee (IOC) and the Tokyo Organizing Committee released the third draft of the playbook, a guidebook of the individual restrictions and coronavirus measures to which participants in the Tokyo Games will be subjected leading up to and during their stay in Japan.

Will vaccinations be mandatory for athletes?

No, but COVID-19 vaccines will be administered to athletes who wish to be inoculated beforehand.

In early May, Thomas Bach, president of the International Olympic Committee (IOC), announced that the organization had signed a nonbinding agreement with Pfizer Inc. to provide vaccines for all athletes competing in the Tokyo 2020 Games.

While vaccines will not be mandatory, Bach said Wednesday that he expects more than 80% of the temporary residents at the athlete’s village — which is located on the Harumi waterfront district in Tokyo’s Chuo Ward — will be inoculated.

Many of the thousands of athletes, staffers and foreign press have already landed in Tokyo. While the International Olympic Committee said around 80% would be vaccinated, recent reports suggest a number of them are overlooking or ignoring requests to limit their movement.

Will volunteers attend the games? If so, what are their protocols?

About 80,000 volunteers signed up last year to volunteer during the Tokyo Games. It’s unclear how many of them will be tested, but organizers said a number could be screened depending on the “nature of their role” and their “proximity to athletes.”

It’s estimated that about 1,000 pulled out in response to sexist gaffes by Yoshiro Mori, who eventually stepped down in February as president of the Tokyo Organizing Committee.

It’s not clear in what capacity or how many volunteers will provide support during the Games, now that a vast majority of spectators have been banned.

Will foreign media be allowed to cover the games?

Yes. The protocols are similar to what are required for athletes, coaches and staff. They need to be tested twice before boarding their flights and be tested every day for the first three days upon arrival, according to the playbook for press.

But on June 8, Tokyo organizing chief Seiko Hashimoto said overseas journalists will be monitored using GPS to ensure they don’t visit destinations that they have not registered in advance. Those who violate the protocols will lose their media accreditation, she said.

Will spectators be allowed during the games?

Earlier this month, organizers announced that Olympic events will be held without spectators in the greater Tokyo metropolitan area — which includes the capital, Kanagawa, Saitama and Chiba — as well as Hokkaido and Fukushima.

A voluntary refund program ended July 20 for ticket holders in Shizuoka and Miyagi prefecture, where spectators had already been reduced in late June due to new coronavirus measures.

Regardless, the opening ceremony of the Tokyo Olympics will be the first ever held in front of an empty stadium.

“It is extremely regrettable that the games will be staged in a very limited manner in the face of the spread of novel coronavirus infections,” said Seiko Hashimoto, president of the Tokyo Organising Committee. “I am very sorry for ticket holders and local residents who were looking forward to the games.”

What happens if or when athletes, coaches or staff are infected with COVID-19?

It’s not clear what the protocols are for situations where athletes, coaches or staff experience a fever, how they will be tested for COVID-19 or where they will be hospitalized if they test positive.

The organizing committee plans to designate 30 hospitals — 10 of which are located in Tokyo — to provide treatment for athletes, including for sports injuries.

What is the COVID-19 situation in Japan?

Despite the declaration of a fourth state of emergency in Tokyo, pedestrian traffic has not declined as much as authorities hope for as the impact of Japan’s largely voluntary infectious disease measures diminishes with each iteration.

Neighboring prefectures are beginning to brace for the fallout.

The central government’s top COVID-19 adviser said earlier in July that efforts to stop or subdue the flow of people may be futile.

Shigeru Omi, chair of the central government’s coronavirus subcommittee, told a parliamentary session on July 15 that “people are getting tired of dealing with the coronavirus and the state of emergency, and I hear that restaurants that serve alcohol, in particular, cannot stand the current situation.”

While the country’s virus measures have to some extent always focused on the prevention of cluster infections at restaurants and bars, since late last year dining establishments in Japan’s most populated cities have become the primary target for officials looking to limit the spread of the contagion.

What is the public sentiment on hosting the Olympics?

Most public surveys conducted in May show that a majority of the public believe the games can’t be held safely, should be postponed or need to be canceled altogether. But more recent ones conducted in June show more mixed opinions.

More than 420,000 people have signed an online petition calling for the games to be canceled, pointing to the danger it will pose to the local population and the burden it will have on the nation’s hospitals, doctors and nurses.