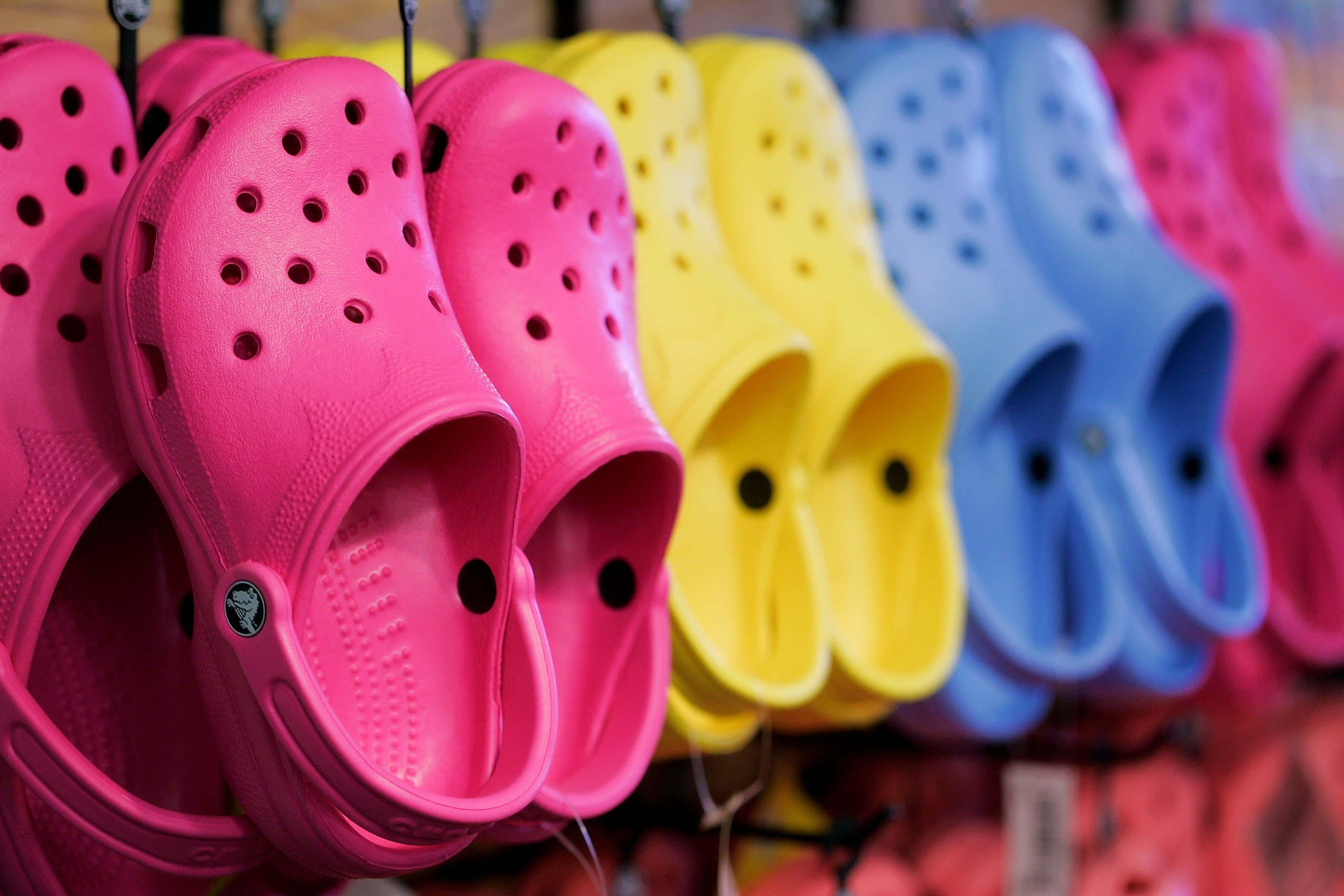 Here’s how the company did for its second quarter ended June 30 compared with what analysts surveyed by Refinitiv were anticipating:

Crocs raised its full-year guidance and now expects its revenue to grow between 60% to 65% compared to 2020. Last quarter, the retailer raised its guidance for this year, expecting sales to grow 40% to 50%.

During its third-quarter, the shoemaker expects revenue growth between 60% and 70% compared to last year’s third-quarter revenues of $361.7 million.

Crocs sales have boomed during the pandemic as consumers seek more comfortable footwear. Its stock has grown more than 90% year-to-date.

However, CEO Andrew Rees expressed concern about the short-term impacts of Covid-19 on the shoemaker’s supply. He expects Covid will lead to temporary factory closures in Vietnam, the company’s most significant manufacturing location.

Rees told analysts during a Thursday morning conference call that “global logistics remain challenging and volatile” as the world emerges from the pandemic. However, Crocs remains optimistic about its business, he said, noting that the supply challenges were factored into the raised guidance.

Excluding one-time adjustments, the company earned $2.23 a share, beating the $1.60 that analysts surveyed by Refinitiv were anticipating.

Croc’s sandals sales rose 57% during the second quarter after going up 17% in the first quarter, Rees said. The company also saw digital sales grow 99% compared to 2019, he added.

The company’s Americas’ revenue grew 135.3% during the second quarter.

Crocs had an 8% increase its in average selling price during this quarter to $21.84, according to CFO Anne Mehlman. The company attributed the increase to higher pricing and a favorable product mix.

Price hikes will be coming in the next year, most of which will be in markets outside of the U.S, the company’s leadership said.

Also on Thursday, Crocs committed to transition to net-zero emissions by 2030, an initiative that Rees called “comfort without carbon.”

“I believe we can deliver sustained, highly profitable growth while having a positive impact on our planet and our communities,” Rees said.

Here’s what to expect from McDonald’s earnings