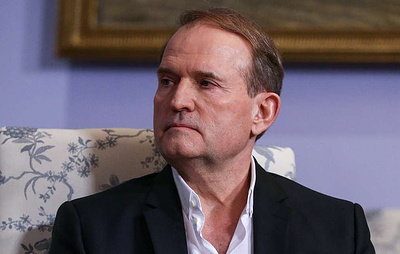 KIEV, August 25. /TASS/. The Ukrainian authorities are waging a war on dissent and prohibit the Russian language, and millions of Ukrainians do not support this policy, the chairman of the Opposition Platform — For Life party’s Political Council, Verkhovna Rada member Viktor Medvedchuk, said in an interview to the television broadcaster First Independent, made public on Wednesday.

“I would like to say that as a citizen of Ukraine I have very big doubts that millions of fellow citizens support the policy being conducted in Ukraine these days,” he said. “It is an open secret that discrimination against the Russian language is perceived negatively by the Russian-speaking population.”

These days, Medvedchuk said, a total ban has been imposed on “the cultural heritage that was created by the Ukrainian people, Russian people and many other peoples of the former Soviet Union.” In the meantime, many people in Ukraine do not want their country to be positioned as ‘anti-Russia.’

“This is the opinion of our party’s electorate and many other people in our country,” he said.

Medvedchuk said that Ukrainians were against “dancing the same dances, speaking one language and professing the same faith, they are against respecting certain events or dates in history and making unequivocal comments on them, like those proposed by the former president, Mr. Pyotr Poroshenko, and his political force.” Opinion polls also indicate that millions of Ukrainians disagree with the policy of accession to NATO.

Likewise, millions of Ukrainians do not support the persecution of the opposition, Medvedchuk said. “The crackdown on dissent, which began with the closure of television channels (112, NewsOne and ZIK) and of First Independent, which stayed on air for just one hour only to be closed down on orders from a deputy chief of the Security Service, are in fact nothing but criminal actions against freedom of speech. Freedom of speech proclaimed by the Constitution,” Medvedchuk said.

He stressed that in the wake of Kiev’s actions to close down opposition mass media, Europe was doing nothing to stop “these repressive measures aimed at the usurpation of power and the establishment of a dictatorial regime in the country.”.