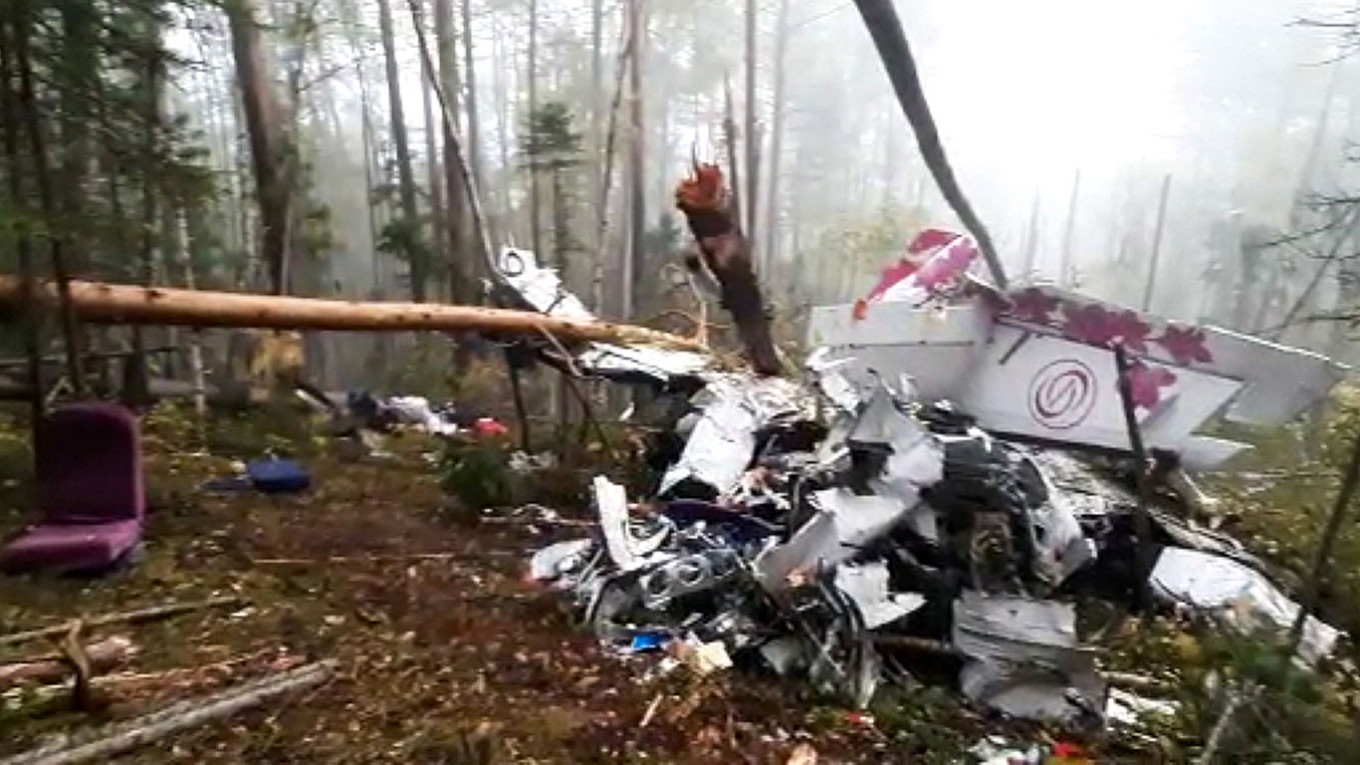 Four people were killed and 12 others injured Sunday after a plane crashed in eastern Siberia, Russian authorities said.

The L-410 plane carrying 16 people on a short-range flight crashed during a second landing attempt in the Irkutsk region, trapping passengers inside. The Czech-made aircraft operated jointly by the regional airlines SiLA and Aeroservis was flying from the city of Irkutsk to the Kazachinskoye village.

“The plane crashed on an island in a river from a low altitude in conditions of thick fog,” the Kommersant business daily wrote.

Emergency crews were dispatched shortly after the incident was reported before midnight local time, but were hampered from immediately accessing the site by weather conditions.

Three passengers and one pilot were reported dead.

Footage of the incident’s aftermath showed the aircraft’s destroyed fuselage in a wooden area surrounded by fallen trees.

Eleven out of the 12 victims remain hospitalized, including three in intensive care in serious condition, the regional government said.

“One woman was provided first aid and released home,” it said.

Investigative authorities have opened a probe into the violation of safety rules.

According to Kommersant, authorities believe equipment failure may have caused the crash, though pilot error has not been ruled out.

The crash is the latest in a slew of fatal civilian plane crashes in Siberia and the Far East this year.