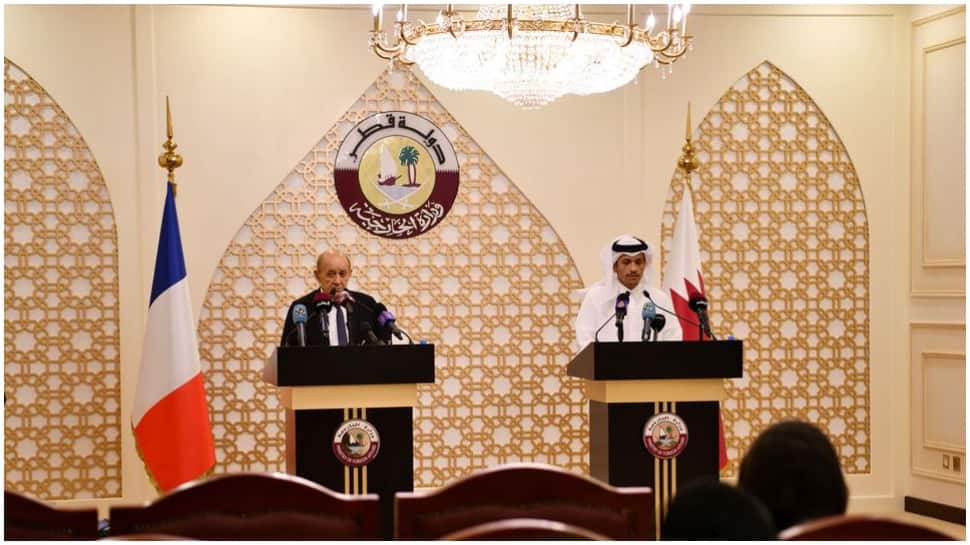 DUBAI: Qatar`s foreign minister said on Monday the Gulf state has urged Afghanistan`s new Taliban rulers to respect women`s rights and that it was still too early to consider recognising their government.

Sheikh Mohammed bin Abdulrahman Al-Thani was speaking in a joint news conference with French foreign minister Jean-Yves Le Drian in Doha. Le Drian said dozens of French nationals are still in Afghanistan and Paris is working with Qatar to evacuate them.

“We have always urged the Taliban and the government, we reiterated that yesterday, that the Afghan people`s gains must be protected including women`s rights and their role in the development of Afghanistan,” Sheikh Mohammed said.

“We gave them many examples of Muslim countries, including Qatar, a state with an Islamic system, where <a href="http://

During their previous 1996-2001 rule, the Taliban severely restricted women`s rights, including banning them from education and work, and there are fears they may do so again following their return to power last month with the collapse of the Western-backed government and the withdrawal of foreign forces.

Qatar, an absolute monarchy where political parties are banned, has itself come under criticism from Human Rights Watch and others for its position on women. Although they have a relative freedom in the Gulf state, women are still under the guardianship system that prevents them from making independent decisions on basic rights such as marriage, travel and accessing reproductive health care without a male guardian`s approval.

The United Nations High Commissioner for Human Rights Michelle Bachelet said on Monday the Taliban had contradicted public promises on rights including by ordering women to stay at home, blocking teenage girls from school and holding house-to-house searches for former foes.

Sheikh Mohammed met with the Taliban government`s prime minister and other senior officials in Kabul on Sunday. He said the Taliban had told Qatari officials they want to engage with the international community and for embassies, shuttered after it took over Kabul, to reopen.

The Qatari and French ministers said the international community is waiting for the Islamist group to fulfil its promises and that it was too early to discuss recognition of the new government in Kabul.”We believe keep insisting on the issue of recognition right now is not going to be helpful for anyone,” Sheikh Mohammed said.

“The position of the state of Qatar as a mediator in the first place has remained impartial and we have said isolation will never be answer, recognition is not a priority but engagement is the only way forward for all of us.”

Qatar has considerable influence over the Taliban and played a pivotal role in the U.S.-led airlift of its own citizens, other foreign nationals and Afghans who helped Western countries.

The capital Doha hosts the Taliban`s political office, which oversaw the negotiations with the United States that eventually led to the withdrawal of U.S. forces from Afghanistan.

Le Drian said France was expecting a more inclusive government in Afghanistan but the Taliban failed to create one.

The Islamist group announced its cabinet last week formed from its top leaders and excluding other Afghan parties.

China shows off new drones and jets at Zhuhai airshow

WHO chief expects collaboration of China, others on virus origins follow-up