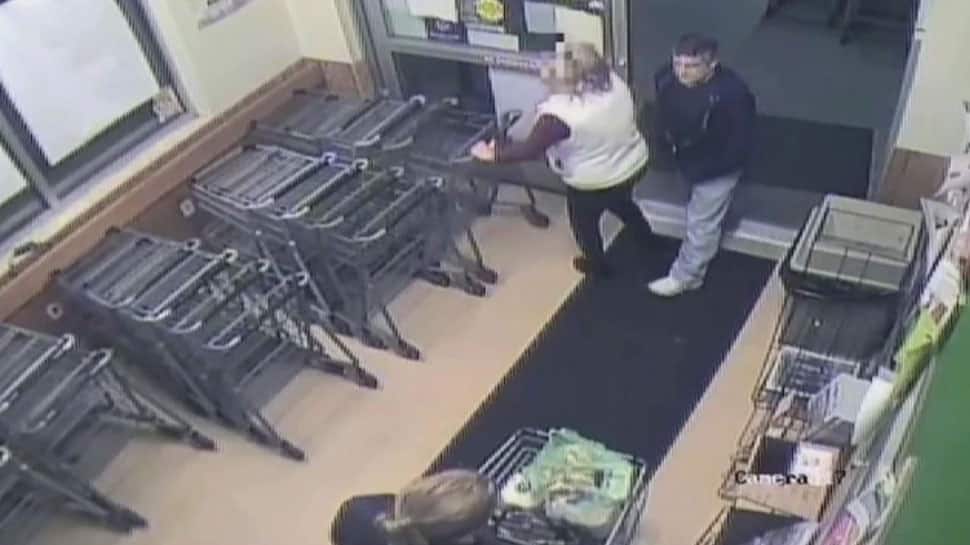 NEW YORK: An old video of a bizarre incident in which an American woman is being attacked with a semen-filled syringe has now become viral on social media. The viral video shows a man, identified as Thomas Byron Stemen, stabbing the victim – Katie Peters – with a syringe filled with semen in Maryland, America.

The bizarre and extremely shocking incident that was caught on CCTV took place in February 2020. Stemen had attacked Katie Peters while she was roaming at Christopher’s Fine Foods on Shady Side Road in Churchton.

The CCTV footage shows Stemen walking closely behind Peters before stabbing her with the sperm-filled injection. The woman confronted the attacker when he injected the syringe in her buttocks, “I know, it feels like a bee sting, doesn’t it?” he said as he injected her in her buttocks.

Stemen was arrested and charged with first- and second-degree assault and reckless endangerment. Later, the Maryland Police also discovered more syringes in his car and home, all full of his semen.

According to investigators, Stemen had in past attacked two other people before Peters. It was also found that the attacker had moved from Ohio and had six prior convictions on his record from 1986 to 1996.

He had been previously served a warrant in 1999 as a fugitive from justice, according to Maryland online court records. The records showed that he was also booked in 2013 for a domestic violence civil suit.

He had pleaded guilty in June and has now been jailed for 10 years for stabbing the woman with a syringe filled with his semen in a supermarket.