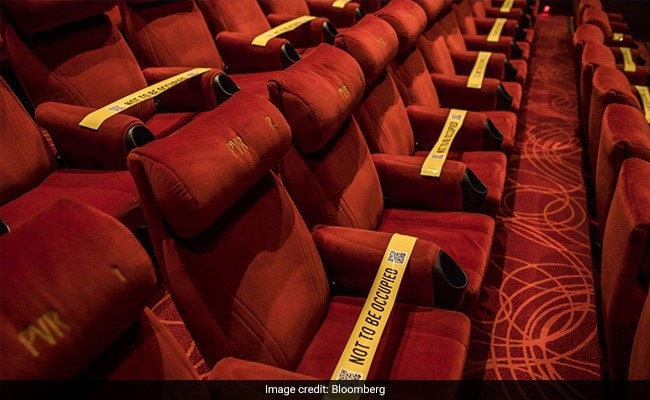 Two of India’s biggest film studios have signed a silver-screen deal for about 10 billion rupees ($135 million), betting on a robust box-office recovery from a devastating Covid-19 wave as cinemas slowly reopen across the country.

Record label and Bollywood major T-Series, along with tycoon Anil Ambani’s Reliance Entertainment Ltd. have agreed to jointly develop more than 10 features, ranging from action thrillers, historic biopics, dramas and comedies over the next 36 months, the heads of both production houses said in an interview. Some of those are set for release as early as next year, they said.

The deal, one of the largest financing efforts in recent Indian film-making history, is a bold gamble at a time when many producers in India are abandoning theatrical releases during the pandemic and turning to over-the-top platforms such as Amazon and Netflix Inc. for premieres. Like in other countries, lockdowns and curbs to contain the spread of coronavirus have caused a surge in demand for digital streaming in India, as people crave entertainment at home.

But big producers say that lavish budgets can’t be recouped without cinemas. “We can’t make such big investments, such big films just keeping OTT in mind,” said Bhushan Kumar, the chairman and managing director of T-Series.

Both Reliance Entertainment and T-Series have delayed the release of a number of potential blockbusters that have been ready since last year, pushing back their debuts multiple times for cinemas to reopen.

Though some of India’s states have started allowing movie halls to resume screenings, the western state of Maharashtra — home to India’s financial capital Mumbai and Bollywood — has been the biggest holdout. That’s not good news for an industry that counts on the state for roughly 30% to 50% of a mainstream Hindi film’s theatrical earnings.

For Mr Kumar, the state is clearly a “huge market” and key to box-office success.

Underscoring the continuing importance of the big screen and the state of Maharashtra to the industry, the Producers Guild of India and the country’s largest cinema chains took to social media and published full page advertisements in local newspapers last week, calling on the state government to reopen theaters.

They said the continued closures were costing the industry monthly losses of 4 billion rupees ($54 million).

Mr Kumar hopes all cinemas across the country will restart by early November in time for Diwali, one of India’s largest festivals. But much will depend on the nation’s progress in containing the virus. Many health experts believe a third wave is looming as the country soon enters its months-long festival season. Only 12% of the population has so far been fully inoculated, according to Bloomberg’s vaccine tracker.

Shibasish Sarkar, the group chief executive officer of Reliance Entertainment, pointed to a vaccination campaign in India that has slowly picked up steam in recent weeks.

“That’s the big hope honestly,” said Mr Sarkar. “Even if a third wave comes by September or October — we should be out of this in the next few months.”

Looking at other countries that have opened up, he said that “people came back with a vengeance” to cinemas after long periods of sitting at home.

France, Germany nominate WHO chief Tedros for a second term