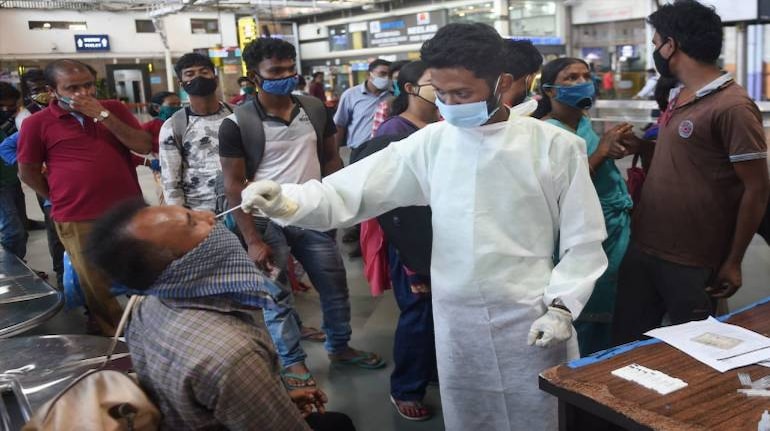 The cumulative coronavirus tally in Maharashtra crossed the 65-lakh mark on Monday with the addition of 2,740 new cases, the lowest since February 9, while 27 patients succumbed to the infection, a daily toll not seen since March 8, a health department official said.

The number of daily cases and fatalities witnessed a significant dip as compared to Sunday, when the state had reported 3,623 COVID-19 cases and 46 deaths.

On February 9, Maharashtra had reported 2,515 new COVID-19 cases, while 22 deaths were registered on March 8. The count of recovered patients outnumbered the new infections.

As many as 3,233 patients were discharged from hospitals in the last 24 hours, pushing the number of recovered cases to 63,09,021 and leaving the state with 49,880 active cases, the official said.

The state has 2,99,192 people in home quarantine and another 1,883 in institutional quarantine, he said.

The official said Maharashtra’s COVID-19 recovery rate stands at 97.05 per cent, while the fatality rate is 2.12 per cent.

Among the eight regions of Maharashtra, the Pune region reported the highest 967 new COVID-19 cases, followed by 681 in the Nashik region.

According to the official, among the 27 fresh fatalities from eight regions, the highest 11 were reported from Mumbai region, followed by 10 from the Pune region.

Significantly, Aurangabad, Akola and Nagpur region did not report any fresh fatalities, while the Kolhapur region reported three deaths, the Nashik region two and the Latur region one.

He said Mumbai witnessed 345 new COVID-19 cases and six deaths, while Pune city reported 130 cases, but no fresh fatality. Among 49,880 active cases in the state, Pune district has the highest at 13,102, according to the official.

Follow our full coverage of the coronavirus pandemic here.