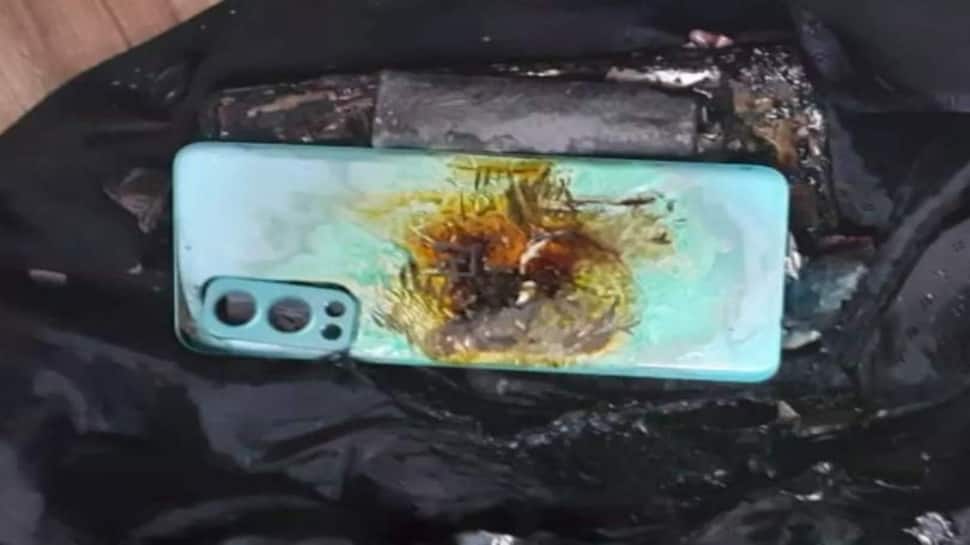 In a very shocking incident, a OnePlus Nord 2 5G smartphone suddenly exploded in the gown of a Delhi-based advocate, in the court chamber.  This comes after the recent explosion of OnePlus Nord in Bengaluru. Sharing the details of the unfortunate incident on Twitter, Gaurav Gulati said that he is planning to sue OnePlus for it.

“Blast and fire in my brand new OnePlus Nord 2 5G today morning while I was in my office (court chamber),” Gulati tweeted on Wednesday, September 8.

Describing the whole situation, Gulati revealed that the OnePlus Nord 2 5G phone was in his coat pocket and suddenly he felt something was wrong with his phone and it was getting heated and had smoke coming out of the jacket.

He quickly threw his coat along with the phone and within seconds, the OnePlus Nord 2 exploded and created smoke inside his office. He also complained about stomach injuries and irritation in his eyes. He was in a state of shock as the phone was bought in the last 10 days and he only started using it two to three days prior to the incident.

Filing a first information report (FIR) against the OnePlus Managing Director and Amazon executives for the explosion, Gulati said that he quickly called the police after the event and went for medical examination to go ahead for an official complaint against the manufacturer and seller.

OnePlus told News18 in a statement, “A few days ago, a user notified us about an alleged blast case for the OnePlus Nord 2 on Twitter, and our team immediately reached out to this individual to verify the legitimacy of the claim.” “We take every claim such as this very seriously out of concern for user safety. However, despite multiple attempts to analyse the device, including a visit to the premises yesterday to examine it in the individual’s presence, he has so far denied us the opportunity to perform a proper diagnosis. Under such circumstances, it is impossible for us to verify the legitimacy of this claim or address this individual’s demands for compensation.”

However, Gulati refused to send the smartphone to the OnePlus team as he thought that they might tamper with the device which would potentially remove the claimed evidence.