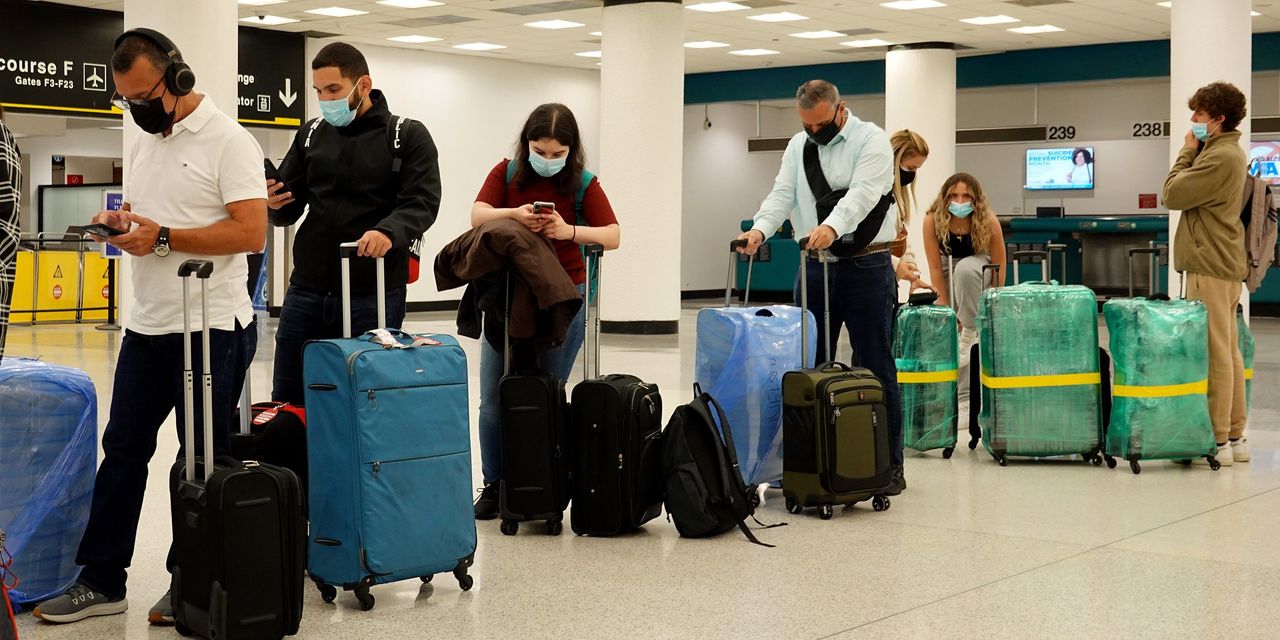 Bond investors piled into Treasuries on Tuesday, helped by the notion that U.S. inflation could stay tame enough to keep the Federal Reserve from hiking interest rates by too much down the road.

But the market’s moves, triggered by the U.S. consumer-price report for August, may be overdone because investors may be underestimating the persistency of underlying inflation pressures, economists and analysts said.

The rally in Treasurys, following the report of a slowdown in the recent inflation surge, came as investors also recalibrated their expectations for the Fed’s next monetary policy tightening cycle and removed the so-called inflation premium, or the portion of yields that represents compensation for future risk. The drop in yields was led by maturities 10 years TMUBMUSD10Y and out. Meanwhile, the rates on 5- and 10-year Treasury Inflation-Protected Securities moved off their highest levels of the day.

“The market has been looking for rising inflation and continued pressures on the Fed from the pandemic to extend well into next year,” Jim Vogel, an executive vice president at FHN Financial in Memphis, said via phone. Through the reflation trade of this year, “few have stopped to think that there could be a month, perhaps two or three, where prices didn’t increase constantly. The fact that a number of key areas slackened in August just created an overreaction where people started buying bonds, and that just snowballed.”

In Vogel’s mind, “traders struggle to understand the impact of delta. They over simplify inflation trends, too,” he wrote in a note. “Add delta and inflation confusion in one month, interest rates can easily fall 6 bp on the long end of the curve in two hours.”

Inflation is in focus because of a months-long worry that the U.S. central bank might be forced to tighten by more than expected in order to control price pressures. Such pressures have already forced policy makers in Brazil, Chile and Mexico to hike interest rates, though the pace of tightening by central banks worldwide has varied.

Fixed income tends to be the asset class that is hit hardest by higher inflation, which erodes the fixed value of bonds. August’s slowdown in U.S. consumer prices was accompanied by declines in areas such as airfares and used cars, which investors zeroed in on.

“Although the US CPI data published today showed core inflation dropping back by a little more than widely anticipated in August, we still think that investors are underestimating the likely strength of price pressures there further down the line,” Oliver Jones, senior markets economist at Capital Economics, wrote in a note.

“Where we really disagree with many other forecasters – and more significantly with current market pricing – is about the outlook beyond the next couple of years or so,” he said. Jones noted that the 5-year/5-year forward inflation expectation rate was hovering around 2% before today’s release — a level that “appears consistent with a view that the pandemic has scarcely altered the longer-term prospects for inflation at all.”

“In contrast, we have been making the case that the chances of inflation in the US settling at a somewhat higher level than in the 2010s later this decade have increased significantly,” Jones wrote.

Outside the Box: 3 questions to answer before you make a career change

This Cannabis Stock Has A Better 1-Year Return Than Tesla, Nio, GM, Apple, Disney And Microsoft

NewsWatch: Market analysts can’t agree on where stocks are going next. So double-check the data before you buy or sell

If you’re looking for a hotel deal, it might pay to wait until the last minute