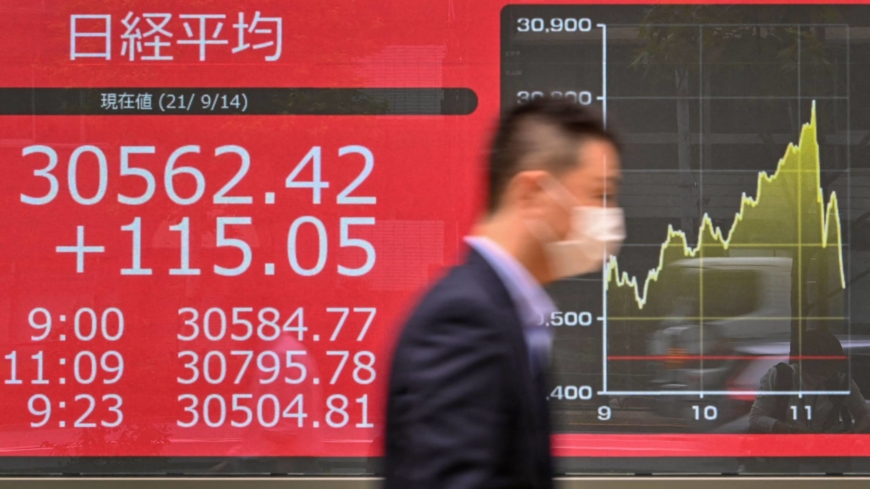 Japanese stocks advanced for a third day on Tuesday, lifting the 225-issue Nikkei stock average toward levels last seen during the nation’s bubble economy more than three decades ago.

Fanuc Corp. and KDDI Corp. were the largest contributors to a gain of as much as 1.1% in the Nikkei during morning trading in Tokyo. The blue-chip gauge rose to as high as 30,795.78, surpassing this year’s previous peak in February, before paring much of those gains. Electronics firms gave the biggest boost to the broader Topix, which advanced as much as 0.9%.

Japan has been the world’s best-performing major stock market over the past two weeks amid hopes for new leadership, an acceleration of vaccinations and a reshuffle in the Nikkei index to include heavyweights Nintendo Co., Keyence Corp. and Murata Manufacturing Co. Crucially, foreign money is returning, with JPMorgan, Baillie Gifford and BNP Paribas Asset Management among investors who say they’re becoming more positive on Japan.

“Global allocations to Japanese equities remain limited, suggesting room for investors to add exposure,” Goldman Sachs strategists including Christian Mueller-Glissmann wrote in a note. “The rebound in Japanese equities comes after a prolonged underperformance vs. the S&P 500 and other major indices since Q2.”

Hideyuki Ishiguro, a strategist at Nomura Asset Management Co. in Tokyo, said Japan’s progress against the pandemic has been supportive for the market. On Monday, the government reported that 50.9% of the population has received two doses of coronavirus vaccine.

“Japan’s vaccination rate has topped 50% and is on a similar level to that of the U.S.,” he said. “Japanese equities had been showing unstable performance relative to U.S. and European equities because of political uncertainties and a delayed vaccination process but with the two factors having been resolved, investors’ moves to unwind their previous positions will continue.”

JPMorgan Chase & Co. strategists led by Marko Kolanovic advise adding to Japanese stocks. The resignation of Prime Minister Yoshihide Suga paves the way for a stable ruling party, a scenario that the firm says has historically produced better equity returns, they wrote in a client note. Taro Kono, a popular candidate among foreign investors, is the favorite among the public to replace Suga as the leader of the ruling party, according to a poll by Nikkei and TV Tokyo.

Foreign investors bought a net ¥662.7 billion ($6 billion) worth of Japanese equities and futures in the week through Sept. 3, the day news unexpectedly broke that Suga would not seek for another term as LDP leader. It was the most in a single week since February.