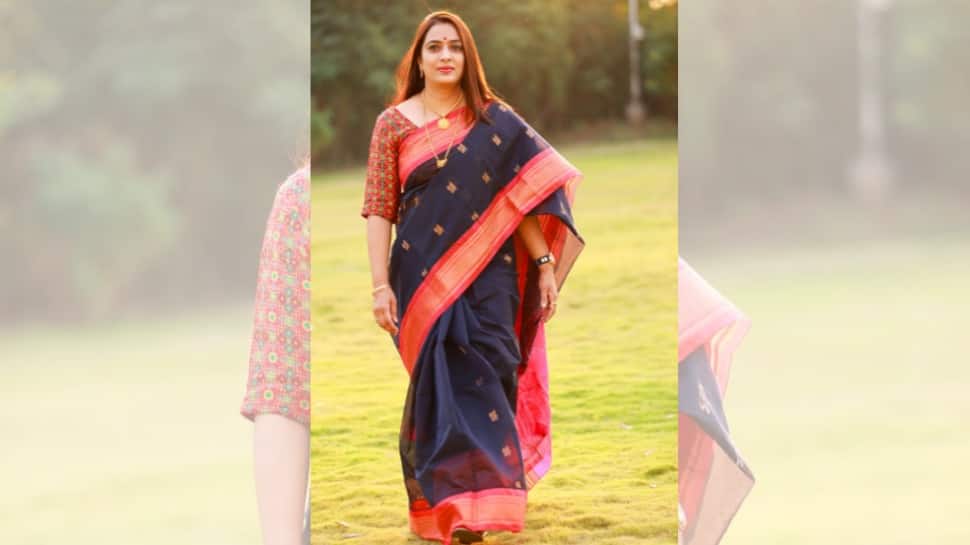 “Do not follow where the path may lead. Go instead where there is no path and leave a trail” – Muriel Strode

How often do we all operate with a prejudice in our minds with respect to effective women leaders? Not many of us can name a myriad of female leaders- while some names are forgotten, the others do not get enough recognition to leave an indelible imprint. However, such is not the case with Advocate Rohini Khadse Khewalkar or ‘Rohini Tai’ as she is better known. She has been a torchbearer of versatility and dynamism, having worked on rigorous initiatives in socio-economic and political regimes. Rohini Tai is not only adept at the legal framework, but has also had a successful run in politics. Her contribution towards ameliorating the economical foothold of our country comes in the form of her taking the presidential charge of Jalgaon District Central Co-Op Bank.

Being a visionary lady, she took reins under challenging times and made the impossible seem possible. This is what makes her an effective leader. She implemented strict decision making, deducted the admin cost and had constant discussions with farmer groups, all of which contributed towards getting the bank in a profitable position. Her perseverance and ingenious methods resulted in a profit of almost Rs 53.45 crore. Under her able leadership, the bank’s capital jumped from Rs 23 crore to Rs 192 crore. She herself hails from a rural area which enabled her to take the responsibility and scale the banking operations in Jalgaon to greater heights. The deposits saw an increment from Rs 2350 crore to Rs 3266 crore, and the bank investments rose from Rs 435 crore to Rs 1470 crore.

With the advancements of technology reaching the rural area of the region, the bank started the CBS system with the computerization of services including NEFT/RTGS, POS, E-COM, IMPS, SMS banking alerts. Speaking about its success, Rohini Tai said, “There are no advances taken, nor is the bank in any debt since the last two years. Instead, the bank is providing loans and advances with a great share of profits”. According to the NPCI Report, Jalgaon District. Central Co-Op Bank has been technically the soundest bank among other District Co-Op banks in Maharashtra and Gujarat State.

Showing that each time a woman rises up to a challenge, neither knowing it possible nor claiming it, she makes the world a better place. Ms..Rohini also rose up to the challenge and it can be observed in numerous honours achieved by the bank. The bank was awarded under the “Best Debit Card Initiative” category from the National Cooperative Banking summit and Banking Frontiers at Delhi in 2017-18. It also issued KCC Debit Cards above 1 lakhs farmers within 3 months. Rohini Tai is also to be credited for implementing the decision of doing the sale/purchase digitally through e-Tendering. As per the directions of Maharashtra Govt, she took it upon herself to bring all defaulter farmers under this loan waiver scheme and disbursed new crop loans to these farmers in an attempt to bring them into the mainstream once again.

Due to the pandemic, all nationalized banks as well as urban cooperative banks refused to open the accounts of students under the Mid-Day Meal scheme of Maharashtra Govt. However, it was Rohini Tai who came forward and opened accounts of these students under the No-Frill category having zero balance. The Bank has opened nearly 2 lakhs accounts in a short span of 30 days in the month of July-2021. The success story of Jalgaon District Co-Op Bank is one of the many accolades Rohini Tai has under her name. She has been a recipient of the Khandesh Ratna Award, Samajratna Award, Kartutwavan Award, and Lewa Icons Award.

Advocate Rohini Khadse Khewalkar is a luminary not just for the female sect, but for all those who truly believe in making a change with their work. Her career trajectory has been nothing but remarkable, however what really makes her incredible is her compassion and far-sightedness that has gotten her success in every endeavour of hers. Women are pioneers of leadership qualities, we find it in each and every one of them, from someone who is managing a Fortune 500 to housewives looking after the daily affairs of a household.