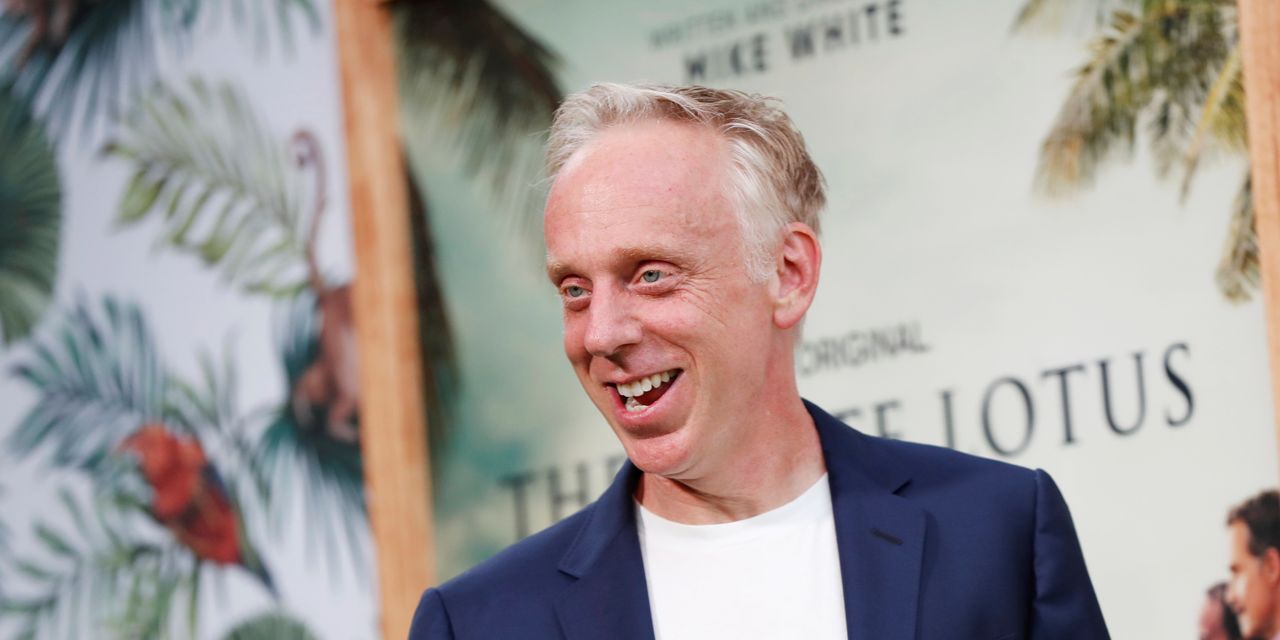 The best writer in Hollywood right now is Mike White. In 2003 he wrote the film “School of Rock” for his friend Jack Black to star in. After a stretch competing in reality shows like “The Amazing Race” and “Survivor,” Mr. White is back where he belongs. He created, wrote and directed the recent HBO series “The White Lotus.” Set in Hawaii, it chronicles the dysfunction and competing narratives of staff and guests at a luxury resort. It is funny, biting and eye-opening. Mr. White so perfectly dissects society’s mental meltdown, I’m worried he might end up canceled.

Mr. White really shines when writing about the Mossbacher family. The mom, Nicole ( Connie Britton ), is chief financial officer of a search company. The dad, Mark ( Steve Zahn ), has health issues, and their daughter, Olivia ( Sydney Sweeney ), and a friend are pitch-perfect judgy college sophomores, dreaming of utopia while dripping in mockery and ridicule. The dinner conversations are priceless.

After Olivia accuses her mom of “old tribal thinking,” Nicole pushes back. “My feeling is most of these activists, they don’t really want to dismantle the systems of economic exploitation, not the ones that benefit them, which are all global, by the way. They just want a better seat at the table of tyranny.”

Olivia sneers: “Hmm, no, that’s just you, mom.” Nicole then puts her daughter back in her place—something mothers don’t seem to do anymore: “And what’s your system of belief, Olivia? Not capitalism. Not socialism. So just cynicism?”

In another conversation, about expensive jewelry and who deserves wealth, Olivia declares, “Mom, good news. I’m looking around the hotel, and it seems like all of the white, straight men are doing just fine. They are still thriving.”

The mom responds: “Point taken. I just think it’s funny that now it’s OK to reduce everybody to their race and gender, but isn’t that the kind of thinking that we’ve been fighting against all these years?”

Finally dad pipes up. “I agree,” Mark says. “I mean, for years, I was the good guy, you know. I was the one in the room, saying, like, ‘Hey, that’s not cool,’ to all the chauvinists and bigots. But now I’m the bad guy, or at least I shouldn’t say anything on account of my inherited traits. I mean, why do I need to prove my antiracist bona fides? It seems wrong.” How many of us think this but are too afraid to say it out loud these days?

Olivia, with her daughterly venomous scorn, then lets this perfect line rip: “Yeah. It’s not all about you, dad. It is time to recenter the narrative.” Mark shoots back, “That’s fine by me. I don’t want to be the center of the narrative. Believe me. Let’s center the narrative around, uh, Paula.” That’s Olivia’s friend, who happens to be, as today’s narrative calls it, a person of color.

“Recenter the narrative” is fatuous babble but somehow it means everything in today’s world. So many young folks I meet seem to have the same personal narrative: Change the world. Make the world a better place. I’m fine with that, but I often push back on how to accomplish it. Simply adding the word “sustainable” or “equity” doesn’t change the world.

I often ask young folks what they do. I can’t tell you how many times I hear, “I’m an activist.” My response is usually, “So what activity do you do?” Not picking up my ironic intonation, the answer usually is “social justice,” followed by a long soliloquy about patriarchies, systemic this or that, and the tragedy of food deserts.

I suspect these aren’t original thoughts but are merely the repetition of someone else’s carefully crafted narrative. These agendas ooze out of political parties and their megaphones in the press or academia or on social media. Come to think of it, Vladimir Lenin could be described accurately as having “recentered the narrative.”

People desperately need to convince themselves they understand how the world works, and simple, foolproof narratives are the most inviting: ESG investing, stolen elections, sustainability, tariffs, systemic racism, bitcoin. Sure, they are understandable, but they’re often wrong, because the world is so much more complex.

You’ve seen this show too—the most effective narratives are easy and direct and make enough people feel good, even if they are fallacious nonsense. It is why ideas like “defund the police” and mask mandates stick around for so long. People want to believe them, to make sense of complexity. Nuance isn’t narrative-friendly.

Instead, markets are messy. Merit is muddy. Hard work is too hard. Culture is chaotic. Sadly, these don’t make for easy narratives—unless the Mike Whites of the world keep recentering the truth.

Dodging the Constitution for a Global Tax

Matchbox price to increase to Rs 2 from December 1, rate revised after 14 years

Oppo may launch its first foldable phone in November 2021: Reports