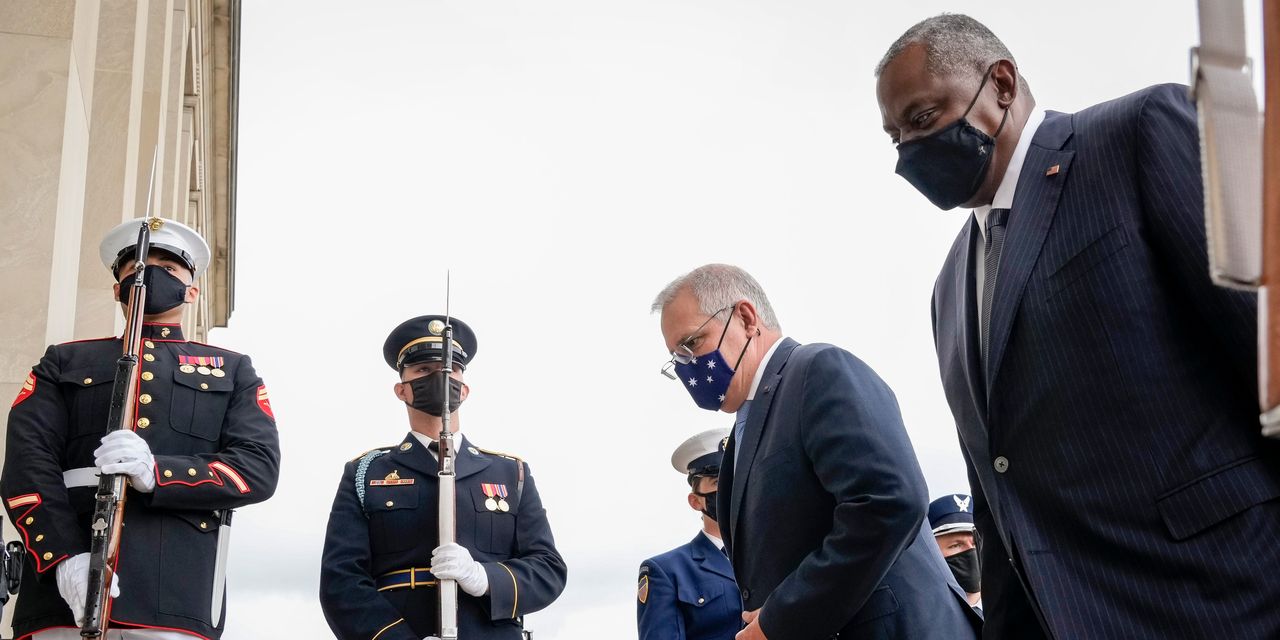 After the chaotic Afghanistan retreat and the announcement of the new U.S. defense relationship with Australia, many Europeans are questioning the Biden administration’s assertion that America is “back.” Since the summer, those who long for so-called European strategic autonomy—mostly muted since President Biden’s election—have resumed banging the drum for the European Union to decouple from the U.S.

It’s time for those Europeans to confront the new global reality: America is back, but the world has changed. There are still security threats in Europe, not least from Russia, but for Washington the priority is Beijing’s campaign of hegemony. It is the right priority. If America loses its dominance in the Indo-Pacific, it will trigger a shock wave in global power balances that will engulf Europe too. Against such odds the U.S. and Europe should be working together, not competing, in the Indo-Pacific region.

To date, Europe has tried to act as a balancing power between the U.S. and China. We have lately become far less naive about Beijing’s intentions, in part thanks to pressure from Washington. This is especially the case in Northern, Central and Eastern Europe. Yet European policy is still too driven by mercantilism, as illustrated by France and Germany’s rush to sign Europe up to an investment agreement with China at the end of 2020.

At the time, Jake Sullivan, the designated White House national security adviser, urged a delay until the Biden administration could coordinate a joint plan. Despite concerns in many European capitals, the EU signed the deal anyway. Within weeks, it had to be put back on ice after China imposed sanctions on EU ambassadors, members of Parliament and others, including my own Alliance of Democracies Foundation.

Europe is learning that it isn’t easy to find a good balance between communist China and democratic America. Margaret Thatcher once said, “Standing in the middle of the road is very dangerous. You get knocked down by the traffic from both sides.” We tried it with Vladimir Putin’s Russia, leaving our relations stuck in a quagmire. In a battle between freedom and authoritarianism, Europe can’t equivocate.

Europe’s mercantilist approach to China has enabled economic dependency. Beijing took advantage of the Eurozone crisis a decade ago by rapidly increasing its strategic investments across Europe. By the time Europeans realized our vulnerabilities, it was too late. China has shown that it is all too willing to deploy economic coercion as a weapon.

Not all EU states are falling for it. Lithuania, for example, decided this summer to exit China’s 17+1 initiative, the stated aim of which is to extend Chinese investment in Central and Eastern Europe. Its hidden motivation is to extend Chinese influence and drive a wedge into European unity. Lithuania is instead developing relations with Taiwan. If a country of fewer than three million people can take a stand, so can the rest of Europe.

Without doubt, the recent Aukus defense deal struck by the U.S., the U.K. and Australia could have been handled better. Close allies shouldn’t find out about new partnerships minutes before they are announced. Now that the dust is settling, French leaders should ask themselves if it is really in their interest to escalate and divide the free world’s efforts in the Indo-Pacific. Following the German elections, even Berlin is likely to harden its China stance, with the more values-oriented Greens and the liberal Free Democrats set to enter the government.

Submarine contracts weren’t the only factor driving Australia’s decision. Canberra chose to cement its security ties with Washington and London in the face of increased tensions with Beijing. Paris—and all of mainland Europe—should reflect on that choice.

But the challenge from China is about more than military hardware. From trade to technology, China is trying to rewire the postwar multilateral system to serve its own interests. Democracies account for some 60% of global gross domestic product. That’s a language Beijing understands, but only if the free world unites to set global rules on everything from trade to artificial intelligence to space. United we stand, divided we fall.

According to a poll released recently by the European Council on Foreign Relations, almost two-thirds of Europeans believe there is a new cold war brewing between China and the U.S. Yet only 15% believe their own countries are in a cold war with China.

The cold-war rhetoric is overplayed, but free societies are facing a challenge from China’s nationalist leadership. At stake is whether we want our children and grandchildren to grow up in a world ruled by democratic America or by communist China. Europe can’t be a bystander in this battle and expect Uncle Sam to pick up the tab.

Mr. Rasmussen was NATO secretary general, 2009-14. He founded the Alliance of Democracies Foundation in 2017.

States to end FY22 on a slightly better note

Big Labor and the Supply Shortage