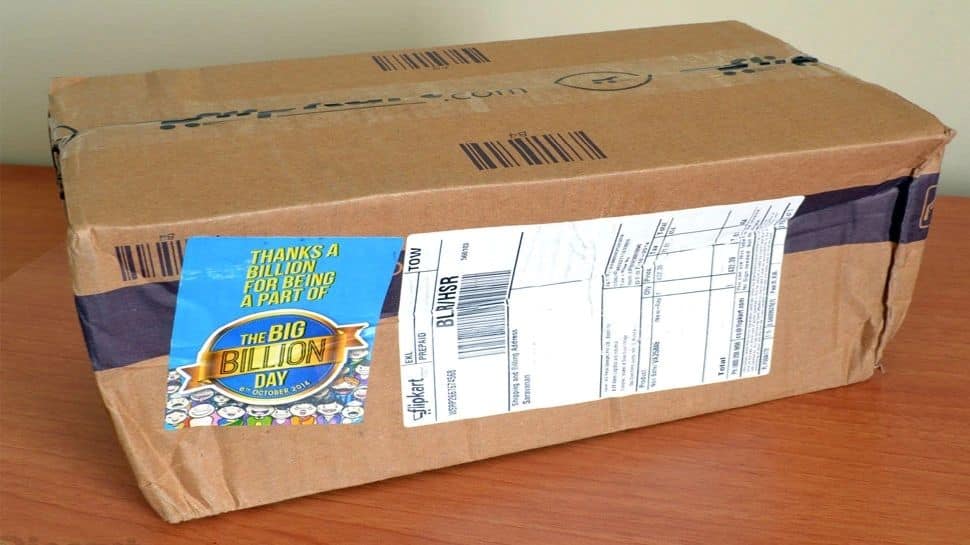 New Delhi: A Flipkart customer who had ordered a smartphone from the e-commerce website during the Big Billion Days Sale was shocked when the package arrived at his doorstep.

The customer that we are talking about had ordered an iPhone 12 which was selling at a massive discount during the sale. However, when he received the delivery of the smartphone, much to his surprise, he found a Rs 5 soap bar inside the box, instead of the iPhone 12, according to a report by Gizmochina.

While Flipkart is quite a trustable e-commerce platform when it comes to ordering expensive goods such as smartphones, the incidence has now shocked many. The report pointed out that a user named Simranpal Singh recently made a bold claim that he received a soap at the time of the delivery.

Furthermore, the report described that the customer got two pieces of Nirma soap instead of the smartphone. Moreover, a page named GoAndroid has also updated the video posted by the smart customer, who refused to share the OTP with the delivery partner.

If he had shared the OTP, then that would’ve meant that the customer has received the order. He also complained about the customer care of the ecommerce major, and after a few days of effort and negotiations with the delivery person, Flipkart reportedly accepted the mistake.

Flipkart has also cancelled the order and initiated the refund for the order. The customer has reportedly received the money in his bank account. Also Read: Google Pixel 6 big update! Smartphone to get five years of updates, Magic eraser

Customers should always remain cautious while receiving high-value orders. For instance, they should open such orders in front of delivery persons only. Also Read: Aadhaar Card Update: Download Aadhaar without registered number OTP verification, here’s how

Start-up Deel bets that Coinbase, Shopify and others will keep hiring overseas in the battle to find tech talent

Tips to widen your iPhone screens to avoid headaches