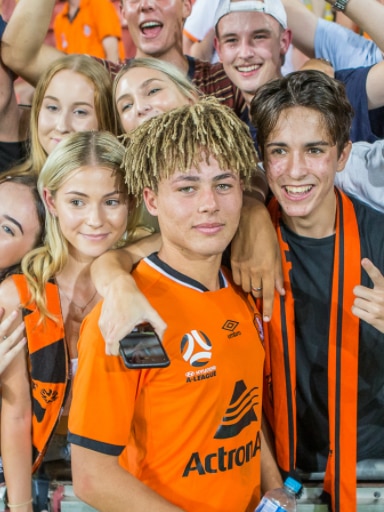 Exciting Brisbane Roar youngster Izaack Powell has revealed on social media he has been battling leukaemia since June.

The 19-year-old left back said it had been a tough period for him but he was looking forward to a return to normality soon.

The Queenslander became the youngest person to play for the men’s senior side when he made his debut against Sydney FC in 2019 at the age of 16 years, 361 days.

“It’s been a challenging few months being told I had leukaemia back in June, but I’ve been quite fortunate with how everything has gone since then,” Powell wrote on Instagram.

“I wanna say a big thank you to my family, friends and my girlfriend who have supported me so far, and I can’t wait to finish my treatment and return back to normality in the coming months.”

Emerging from the Roar youth side, the pacey and skilful Powell played six times for the senior side in 2019 and four times in the 2019-20 season.

He was selected for Australia to play at the U-17 World Cup in 2019 in Brazil, where he played in all the Joey’s matches.