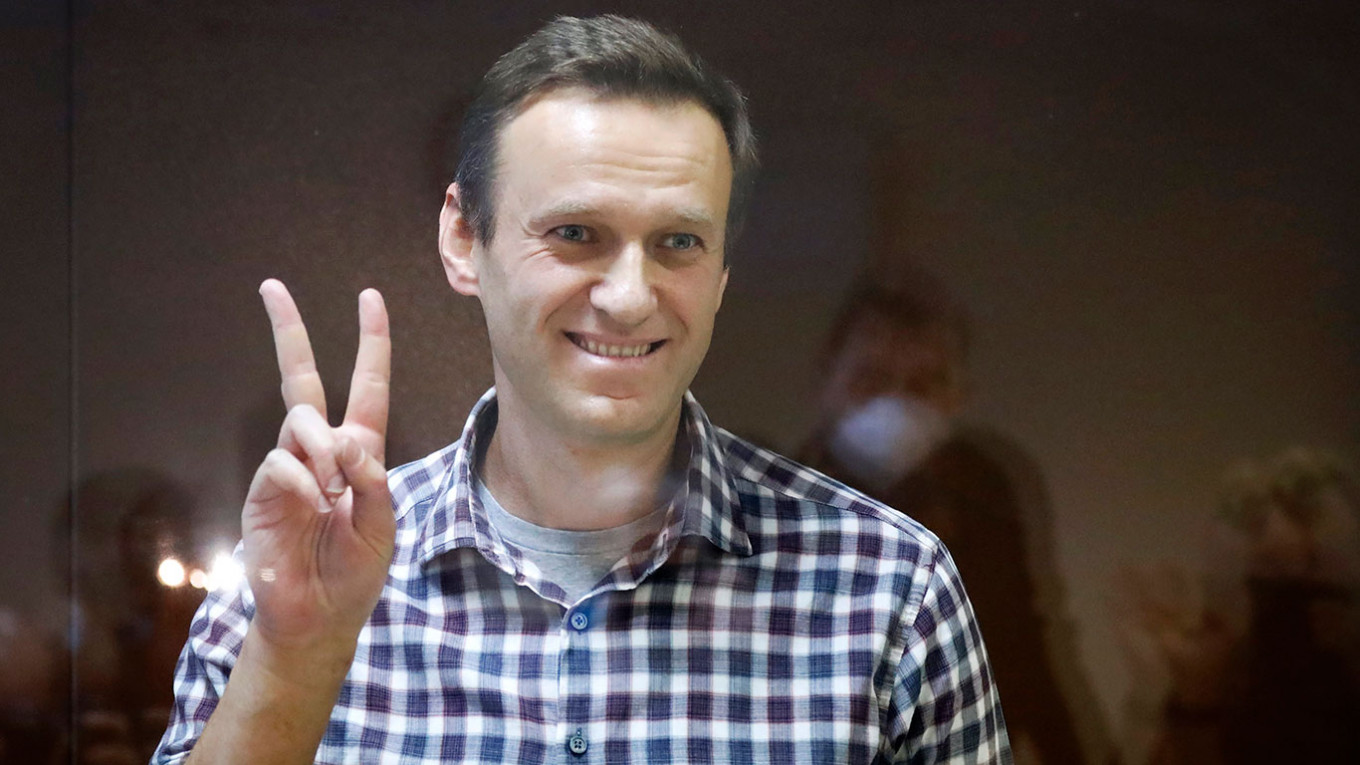 Navalny’s supporters criticized the Norwegian Nobel Committee’s decision to award Muratov with the Nobel Peace Prize instead of Navalny, who was viewed as a frontrunner for the prize. Navalny, President Vladimir Putin’s most vocal domestic critic, is serving a prison sentence he says is trumped up after surviving a near-fatal nerve agent poisoning last August.

“I sincerely congratulate Dmitry Muratov and Novaya Gazeta with the Nobel Peace Prize,” Navalny said in a tweet. “This is a well-deserved honor, and the symbolism of the date is telling.”

Muratov received the Nobel Peace Prize a day after the 15th anniversary of the murder of Novaya Gazeta journalist Anna Politkovskaya, a fierce critic of Putin and the Kremlin’s wars in the republic of Chechnya. Five other journalists from Novaya Gazeta, Russia’s leading investigative newspaper, have been murdered in the decades since its founding.

“This is a reminder of the high price that those who refuse to serve the authorities have to pay,” Navalny tweeted.

“Russia and the Philippines are such different countries, but their authorities are similar — especially in their endless lies and hatred of those who expose this lie,” Navalny said.

“The world is changing, and none of us knows exactly how the information sphere will evolve and how the media will change,” he continued. “I am glad that by its decision (at least it seemed to be so) the Nobel Committee noted that no matter how much that likes, algorithms, content consumption, private and public money and subscribers affect us, the main thing that we always need is journalism, which is not afraid to tell the truth.”

Speaking at a news conference in Moscow on Friday afternoon, Muratov said he would have given Navalny the honor and dedicated his award to the whole Novaya Gazeta team, including the six journalists who were killed.

Ruslan Shaveddinov, a close ally of Navalny’s, criticized the decision not to award the Nobel Peace Prize to Navalny or the Belarusian opposition, another frontrunner.

“Instead of pretentious and hypocritical speeches about ‘freedom,’ they could have protected a person who survived an assassination attempt and is now taken hostage by the murderers. Or support a person who fights against a mustachioed fascist,” Shaveddinov tweeted Friday.

Rupee inches 3 paise higher to 74.85 against US dollar in early trade