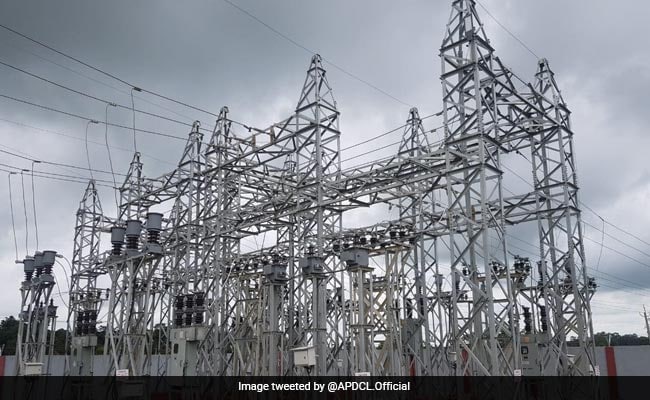 Assam’s electricity distributor has warned of “inevitable” outages and load-shedding in the state amid concerns over coal shortage in power plants across the country.

In a public message published in local newspapers, the Assam Power Distribution Company Ltd or APDCL, which supplies power across the state after buying from the national grid, said power generation at thermal plants has “decreased considerably”.

“Due to limited coal availability, the generation of power from thermal generating stations has decreased considerably. The power position is clearly at critical level and power outages/load shedding may be inevitable. Kindly bear with us and use electricity judiciously. Energy saved is energy generated. Inconvenience cause is highly regretted,” APDCL said in the ad signed off by its Chief General Manager.

The message by the power distribution company or discom in Assam comes amid concerns in several states of blackouts due to coal shortage in power stations. The central government has assured that India has ample coal stocks to meet the demand of its power plants, seeking to allay fears of imminent blackouts in Delhi and other cities. 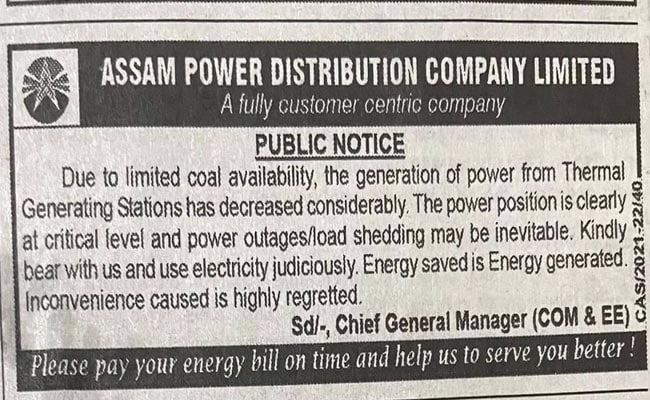 The government has said there are four reasons for depletion of coal stocks at power plants – unprecedented increase in demand of electricity due to revival of economy, heavy rains in coal mine areas, increase in price of imported coal and legacy issues such as heavy dues of coal companies in certain states like Maharashtra, Rajasthan, Tamil Nadu, Uttar Pradesh, Rajasthan and Madhya Pradesh.

Home Minister Amit Shah met his cabinet colleagues in charge of the coal and power ministries today. During the hour-long meeting, the three ministers were believed to have discussed the availability of coal to power plants and the current power demands.

An analysis of daily load despatch data from the central grid regulator showed India’s power supply deficit in the first seven days of October amounted to 11.2 per cent of the country’s total shortages throughout the year, news agency Reuters reported.

The data is publicly available but the analysis provides a first concrete indication of the extent of the problem. Energy supplies are under strain globally as prices surge and demand and supply chains are strained by the recovery of consumption following lockdowns to contain the pandemic.