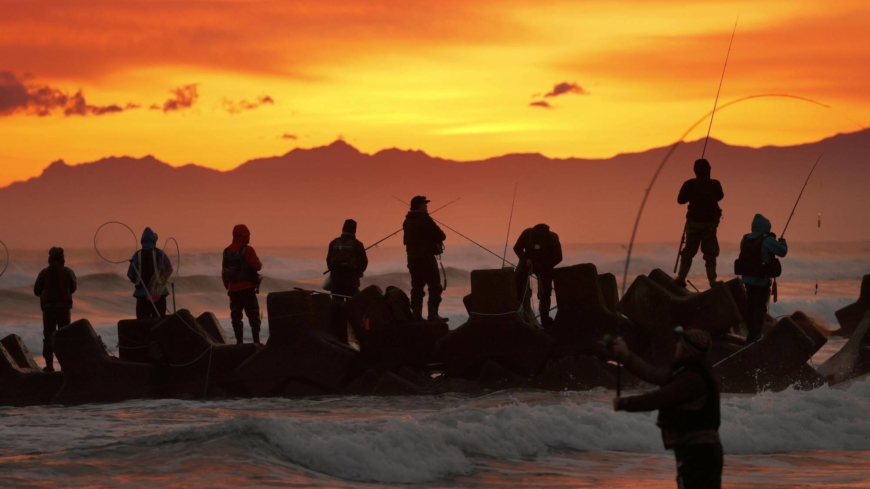 “Devastating damage has occurred,” Suzuki said in a meeting with Kaneko at the fisheries ministry building.

The damage is believed to have been caused by red tide of an unprecedented scale that has entered waters off the Pacific coast of eastern Hokkaido since mid-September.

As of Friday, the damage, mostly to sea urchins, was believed to have exceeded ¥4.5 billion.

In its request to the ministry, the Hokkaido prefectural government calls for adequate financial support to be provided to municipalities dealing with the damage to the seafood.

Kaneko said a state minister of fisheries will visit Hokkaido shortly to inspect the situation.

Speaking to reporters after the meeting, Suzuki said the prefectural government will also cooperate closely with the Fisheries Agency to tackle the problem while working on identifying the cause of the incident.

The massive deaths of sea urchins and salmon have led to a surge in their prices. The problem has also forced some local governments to suspend offering the seafood in return gifts to people who made donations to them under the furusato nōzei hometown donation system.

According to the ministry, red tide is caused by overgrowth of plankton, which can cause massive deaths of fish due to a lack of oxygen in the sea.

Since red tide was confirmed in mid-September off Kushiro, it has spread to other areas gradually.

As of Oct. 1, a total of over 10,000 salmon had died, with a fisheries cooperative seeing some 90% of sea urchins to be harvested perish.

One fisheries cooperative suffered some ¥20 million in loss. “We can’t do anything as this is a natural disaster. The situation is tough,” an official said.

Retail prices of autumn salmon in Kushiro have risen 50% to 100% from usual years. A retailer said the fish “isn’t selling at all.”

In a bid to prevent further damage, the prefecture’s Hokkaido Research Organization, an independent administrative agency, is surveying whether plankton has multiplied greatly by collecting water samples from affected areas.

“If we can predict the direction of a red tide spread through a monitoring survey, we will be able to take action before such a tide occurs,” Ryuji Komura, chief of the prefecture’s fisheries bureau, said.