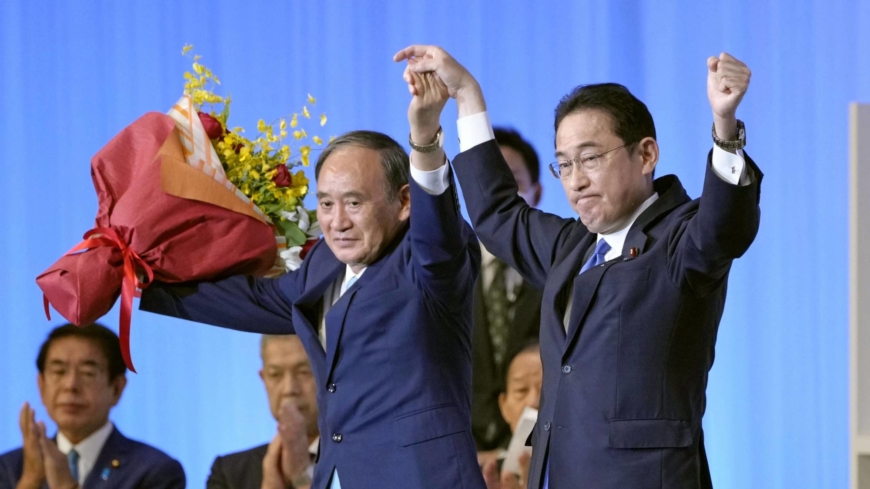 If reports hold true, the Japanese public will be heading to the polls in just a few short weeks. They will be casting ballots for the country’s powerful Lower House of the Diet in a vote that will shape the political landscape for the coming years.

Newly minted Prime Minister Fumio Kishida has modestly projected that his Liberal Democratic Party will retain a simple majority. But that is a low-ball projection that belies the massive vote-generating machines inside his party and its junior partner, Komeito.

It’s precisely because of these machines that the ruling coalition has an edge over the opposition, and the LDP and Komeito intend to put them to use in the short campaign period that will likely begin this week.

These electoral machines exploit three features of Japan’s political system. First are short campaign periods. In general, campaigns run from anywhere between 14 to 30 days. Those shorter campaign periods make it difficult for a political challenger to win on name-recognition alone, which makes party patronage a requirement for most would-be lawmakers.

Second is the steep cost of the deposit needed to run for office. In the case of the upcoming Lower House election, a candidate must produce a ¥3 million deposit, or roughly $26,000. The run-of-the-mill candidate does not have that kind of money on his or her own and minor parties are not able to front that sort of cash for as many candidates as the major parties can cover.

Third, it is difficult for opposition politicians to plan for Lower House elections because the prime minister has the power to dissolve the chamber. With an imperfect ability to project potential election dates, it makes it incredibly difficult to pick candidates, fund them and successfully campaign them in such a short period of time.

These conditions also make it difficult for voters, who have little time to learn about a particular candidate’s ideas or policy preferences. Under these circumstances, elections tend to boil down either to party loyalty or the answer to one fundamental question: Do I stand to gain or lose from the incumbent retaining the seat?

Enter the vote-generating machines. Unlike other places, the method for these machines is not short-term voter registration drives and busing voters to the polls. Instead, the key is building a long-term support base that consistently brings voters to polling stations for every single vote.

That is why low voter turnout actually benefits the parties that have the strongest vote-generating machines — those parties can ensure that a sizable chunk of the voting-age population will always be there casting ballots for them and their candidates no matter what.

But how do the big parties build and operate these machines? There are three necessary components: one, an institutionalized bureaucratic network that bridges the central government down to the local municipalities; two, policy platforms that focus on delivery of benefits through that established network; and three, individual support groups, or koenkai, that supplement the network. Those support groups can be formal or informal in nature, and in 2020, there were 2951 groups that reported formal financial ties to political parties.

There have been three parties that have been notably successful in employing this sort of system in national-level politics: the LDP, Komeito and Nippon Ishin no Kai (formerly, Osaka Ishin no Kai).

The LDP has enjoyed nearly unbroken rule of the government since its inception in 1955, in part due to its vote-generating machine. There are around 1.1 million registered members in local LDP chapters across all 47 prefectures. These chapters are well-connected with an intraparty bureaucracy that handles internal affairs. The LDP owns the loyalty of a large share of political support groups, who work in concert with the registered party officials to ensure that voters show up to the polls to get LDP candidates elected.

The LDP’s junior coalition partner may not have the same party bureaucracy in place, but Komeito does have the support of a nationwide organization with even more members than the LDP: Soka Gakkai. Soka Gakkai is a Buddhist organization that formed in the 1960s, and while Japan’s political parties are supposed to be secular in nature, Komeito has kept just enough distance not to draw legal scrutiny.

Rather than relying on an internal party bureaucracy, Soka Gakkai provides Komeito with a massive vote-generating apparatus across all 47 prefectures. Claiming to have the membership of 8.27 million households, Soka Gakkai helps bring voters to the booths and ensures that they vote for the candidates that fit the Komeito’s agenda as the junior coalition partner.

It is a daunting task for opposition parties to take on the entrenched LDP and Soka Gakkai-backed Komeito, especially if trying to build an entire nationwide coalition. Rather than overstretch, some parties have enjoyed success at a national level simply by relying on their regional power base. Nippon Ishin no Kai is the perfect example of this, where the political party’s headquarters is in Osaka, but the party still can keep pulling in seats for the national Diet.

There is not much of a secret to its success: Rather than trying to build up an entire machine across the entire country, Nippon Ishin no Kai secured its own territory first. It built campaigns to ensure their supporters consistently hit the polls and focused on returning benefits to the region to keep those voters happy. In essence, they have supplanted what the LDP and/or Komeito used to provide in Osaka, but without having to distill its policy focus to other constituencies.

Ishin no Kai has tried to expand its sphere of influence through party mergers with poor results. It will be interesting to see how many more politicians from outside Osaka the Ishin no Kai decide to run.

Following Nippon Ishin no Kai’s lead, the Tokyo-based First no Kai will seek to pull off the same type of moves in the upcoming election. This group of politicians are trying to transition from the prefectural level to the national level, relying upon Gov. Yuriko Koike’s relative popularity and their existing power base to rally voters around a batch of first-time candidates.

Meanwhile, the LDP and Komeito will be doing what they do best: mapping out an election strategy that leverages their respective vote-generating machines in support of each other’s candidates. While they will seek to secure their traditional support bases, they will also look to disrupt the regional-focused parties that seemed to have found a chink in the ruling coalition’s armor.

For the opposition parties that do not have a similar apparatus in place, their only goal is to spur on other voters to the polls. Absent a clear and distinguishable policy platform, they will seek to answer that key question for voters by explaining how much better Japan will be with them in power — and how much worse things are under LDP-Komeito control.

Will enough people buy that argument to head to the polls? The ruling coalition’s election strategists don’t think so.

Michael MacArthur Bosack is the special adviser for government relations at the Yokosuka Council on Asia-Pacific Studies. He previously served in the Japanese government as a Mansfield fellow.