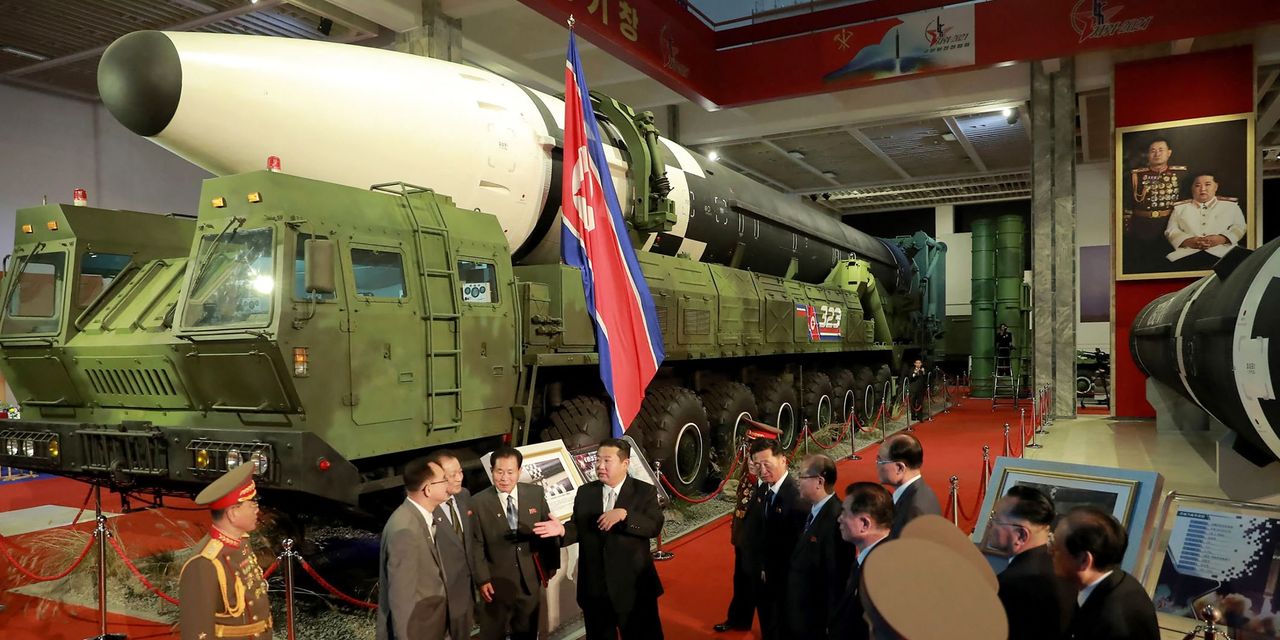 North Korea put on one of its largest displays of missiles at an event at which dictator Kim Jong Un said Pyongyang couldn’t trust recent U.S. calls for talks.

The show of firepower, including an apparent hypersonic missile tested for the first time last month, highlights a renewed push by Pyongyang to test more advanced and diverse weapons to evade its rivals’ defenses.

“Recently, the United States has frequently sent signals that it is not hostile to our state, but its behavior provides us with no reason why we should believe it,” Mr. Kim said in a speech at a national defense exhibition on Monday, according to North Korean state media.

Mr. Kim spoke on a podium flanked by missiles for submarines, rocket launchers and intercontinental ballistic missiles, photos from the event showed. He praised North Korea’s rocket scientists for their efforts to build what he called a “world-class defense capability.”

Recent missile tests by North Korea have further darkened prospects for a shift to dialogue with the Biden administration, which has said it is willing to hold talks at any time with Pyongyang.

During the past month, North Korea has staged about half a dozen missile launches, including a new antiaircraft missile, two ballistic missiles launched from railway cars, and what it called its first hypersonic missile. Such weapons can fly around five times the speed of sound, making them much harder for most missile defense systems to detect and destroy.

Photos from the defense show in Pyongyang showed a missile with a flatter tip, typical of hypersonic missiles.

In addition to a pick up in missile tests, North Korea appears to have restarted operations at its plutonium-producing reactor, which could allow it to expand its nuclear-weapons arsenal, the International Atomic Energy Agency said earlier this year.

Mr. Kim said Pyongyang needed to keep developing its arsenal of weapons to face the threat from the U.S. and South Korea, which recently tested its first submarine-launched missile.

“South Korea has been unhesitant on several occasions in disclosing its ambition for securing military supremacy over us under the preposterous excuse of deterring [the] threat from us,” he said.

Mr. Kim criticized military coordination between the U.S. and South Korea, including joint exercises, which North Korea frequently describes as an obstacle to dialogue.

Mr. Kim also acknowledged a “difficult” domestic economic situation but said other parts of the economy were of secondary importance to the defense industry. North Korea has largely closed itself off during the pandemic, sharply reducing the limited trade it has with China and other nations.

“I stress once again: It is our party’s invariable priority policy and goal, and unwavering will to possess and further strengthen a military capability which no one would dare challenge,” Mr. Kim said.

International Animation Day 2021: Significance and how it is being celebrated this year