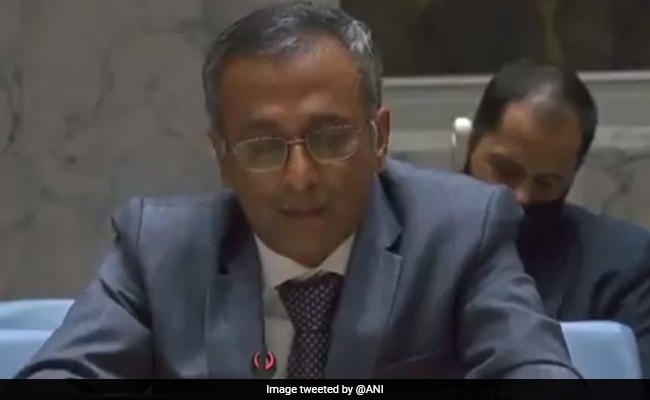 India said that there are certain areas that need greater focus at the world forum.

India on Tuesday said that terrorism will continue as the single most crucial threat for peace and security and one of the biggest obstacles to achieving the common agenda of the United Nations.

While lauding the UN Secretary-General’s proposals captured in the report, the Indian ambassador said, “Our vision should embrace reformed multilateralism, gender, human rights, development, counter-terrorism, climate change and environment, financing, pandemic and vaccines, peace and security and other priorities.”

He said that there are certain areas that need greater focus at the world forum. “For e.g. I am aware, of the importance, Secretary-General has placed on combatting terrorism and we commend the work of the UNOCT. But terrorism as a priority has been dealt with rather cursorily in the report.”

“In fact, the word terrorism appears only twice in the report whereas ‘climate change’ appears more than twenty times and the word ‘climate’ more than seventy times. I do hope that this can be remedied sooner than later, since terrorism will continue as the single most crucial threat for peace and security and one of the biggest obstacles to achieve the common agenda,” he added.

Appreciating the focus on climate change, Ambassador Ravindra noted that India is the only one of the G-20 on the path to Paris targets.

“But as we have emphasised earlier, India is the only one of the G-20 on path to Paris targets. We are nowhere close to USD 100 billion. Further, the Net-Zero has to be a Global Net-Zero where the developed countries should, in fact, vacate carbon space by 2050 for developing countries.”

The Indian envoy said the world must need a Net-Minus from developed countries since individual Net-Zero, without application of CBDR, will disproportionately impact developing countries only.

Tension In Maharashtra Congress After Spokesperson Quits Over “Demotion”