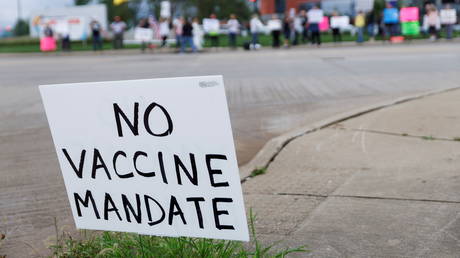 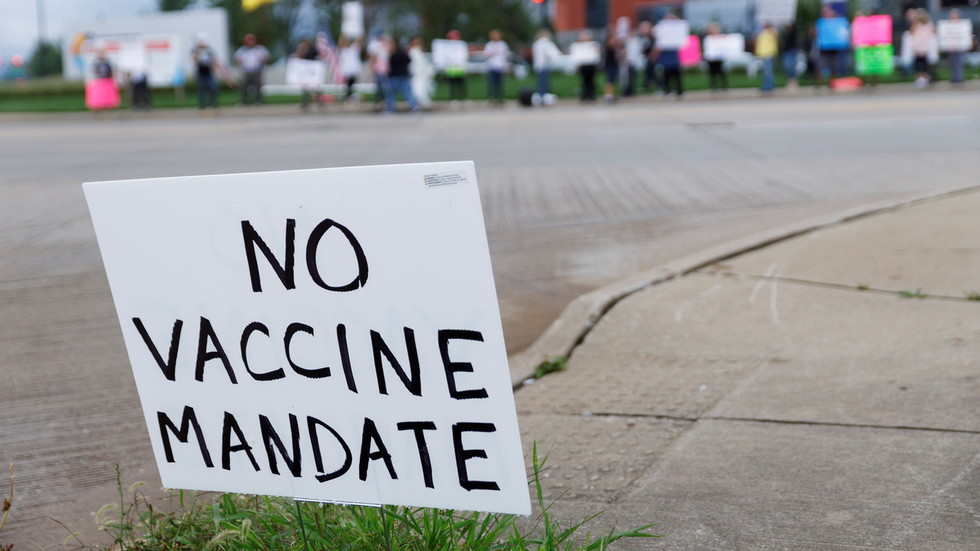 Texas Governor Greg Abbott has signed an order prohibiting all vaccine mandates statewide, including at private firms, arguing that while he is in favor of the inoculations, they must never be forced on people against their will.

Signed Monday, Abbott’s executive order states that “no entity in Texas can compel receipt of a Covid-19 vaccine by any individual… who objects to such vaccination” for whatever reason – whether that be religious-based objections, medical concerns or other reasons of “personal conscience” – threatening a fine of up to $1,000 for violators.

“The Covid-19 vaccine is safe, effective, and our best defense against the virus,” Abbott said in a statement, but added that it “should remain voluntary and never forced.”

I issued an Executive Order prohibiting vaccine mandates by ANY entity in Texas.I also added the issue to the Special Session agenda.The COVID-19 vaccine is safe, effective, & our best defense against the virus, but should always remain voluntary & never forced. pic.twitter.com/8hHHLyebCk

The order invokes the state’s Covid-19 emergency management plan, which allows for fines of up to $1,000 for those who fail to comply with its measures. While the plan itself also sets out a maximum 180-day jail sentence, Abbott noted that jail time is “not an available penalty” for violating Monday’s executive order.

However, in a separate missive to the Texas legislature, Abbott also urged lawmakers to craft a bill similar to his own executive order, “establishing that no entity in Texas can compel receipt of a Covid-19 vaccine,” hoping to codify the measure into law rather than merely rely on executive authority.

In June, Abbott also signed legislation that threatened to revoke licenses and operating permits from businesses that require customers to be vaccinated, effectively barring what the governor called “vaccine passports” while arguing that “Texas is open 100%, and we want to make sure you have the freedom to go where you want without limits.”

Abbott’s moves against vaccine mandates mirror similar efforts taken by Florida Governor Ron DeSantis, among the country’s most vocal opponents of such requirements. Last month, DeSantis threatened fines of up to $5,000 for any state agency that requires vaccination as a condition for employment, insisting that in Florida, vaccines will remain “available for all but mandatory for none.” In addition to barring vaccine ‘passports’ for both state and private agencies, the governor has also prohibited mask mandates in a number of settings, including in public schools, kicking off a heated legal battle.

Also on rt.com Florida landlord determined to FORCE tenants to get Covid-19 vaccine or be evicted, even as Gov’s office insists it’s ILLEGAL