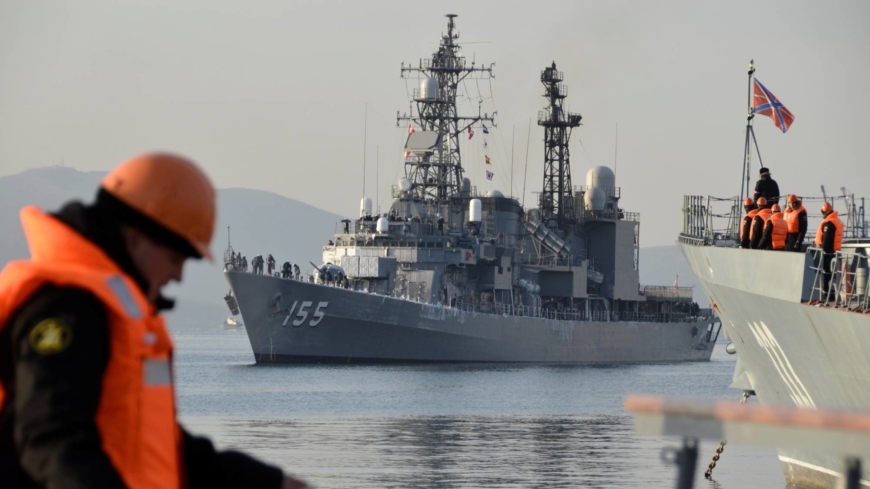 The ruling Liberal Democratic Party has for the first time included a policy in its election manifesto of aiming to double the country’s defense budget to 2% of gross domestic product. Heavy-hitters in the government — including new Prime Minister Fumio Kishida — have effectively backed the push. The move also comes as concerns about China’s military ambitions continue to grow among the public.

But despite the government’s repeated mantra that dealing with the region’s “increasingly fraught security environment” requires dramatically boosting Japan’s defense budget and shedding its informal spending cap of 1% of GDP, most analysts believe there is little appetite for a quick shift in that direction.

“I don’t see 2% as feasible. Going from what it is now to 2% is just unrealistic,” said Jeffrey Hornung, a senior political scientist at the Rand Corp., pointing to unease within the LDP’s junior coalition partner, Komeito, and challenges in gaining public acceptance as Japan attempts to kick-start its pandemic-hit economy.

In its policy platform released last week ahead of the Oct. 31 Lower House election, the LDP for the first time included the 2% goal, pointing to similar pledges by NATO countries after the United States, Japan’s treaty ally, pushed them to spend more on defense.

Although the Defense Ministry has requested a record ¥5.4 trillion ($49 billion) for fiscal 2022 — potentially putting spending above 1% of GDP once the final budget is approved — the envisioned 2% figure is striking. Pacifist Japan has traditionally limited its defense budgets to around 1% since 1976, as the specter of Japan’s past militarism continues to loom both at home and abroad. The ministry’s budget in fiscal 2020, for example, was 0.94% of GDP.

In announcing the LDP’s campaign pledges at a news conference, Sanae Takaichi, the party’s policy chief, made no mention of the figure, focusing on a more general pledge to bolster diplomacy and defense initiatives.

“We are demonstrating our resolve to defend the Japanese people’s lives, property, territory, territorial waters, territorial airspace, sovereignty and national honor,” she said. “We will offer policies that will result in firm diplomacy and stronger defense capacity.”

The 2% goal was also not included in the LDP’s main pamphlet and was instead relegated to the party’s “policy bank,” a document containing hundreds of potential proposals. LDP officials have made a distinction between the two, calling the latter a “background” collection of policies that the party has discussed.

Although it’s unclear if the election is forcing the LDP to focus more on domestic issues, a senior government official said last week that concerns about diplomatic and security issues remained on voters’ minds.

The public is “interested in what will happen to the security environment in East Asia,” the official said, adding that people may be wondering if a government led by the main opposition parties, with their divided views on such issues, could handle the situation.

Much of the momentum behind the push for bigger defense budgets stems from concerns over the behavior of Japan’s superpower neighbor.

China has dominated the headlines in recent months, with its heated rivalry with the U.S., military moves near Taiwan and repeated forays into waters near the Japanese-controlled, Chinese-claimed Senkaku Islands triggering concern in Tokyo.

This, coupled with China’s ongoing military modernization, has prompted an increasingly vocal response from a number of high-profile lawmakers and top officials — including former Prime Ministers Taro Aso, Shinzo Abe and Yoshihide Suga — as the Japanese government continues to cast off its aversion to publicly calling out Beijing and takes steps to respond to the shifting environment.

Meanwhile, Defense Minister Nobuo Kishi has noted that Japan continues to be outpaced by other major countries in terms of defense spending despite its “unprecedented” security environment.

“Regarding our defense-related expenses, I must say that Japan is still at a low level compared with the GDP (ratio) of other major countries,” Kishi said when asked about the 2% goal at a news conference Friday.

According to Stockholm International Peace Research Institute data, military spending as a share of GDP reached a global average of 2.4% in 2020. Within NATO, 12 member nations spent 2% or more of their GDP on their militaries — the alliance’s guideline spending target — up from nine in 2019.

Grant Newsham, a retired U.S. Marine colonel and former liaison officer to the Self-Defense Forces, said that Japan’s defense budget “has been severely underfunded for decades.”

“That’s largely the result of pathological dependence on the Americans to provide for Japan’s security,” said Newsham, currently a fellow with the Japan Forum for Strategic Studies.

“Japan’s defense budget does need to be increased, and doubling it would be about right, assuming Japan stays closely linked to the United States and U.S. forces,” he said, adding that China’s People’s Liberation Army has been doing “whatever it takes to create a PLA that can defeat the Americans.”

Indeed, military spending by China grew for the 26th consecutive year in 2020, expanding fourteenfold, according to Japan’s 2021 defense white paper, as the country continues to modernize its forces. This dwarfed Japan’s almost twofold expansion and the United States’ close to threefold growth over the same period.

“China has been clear about what it intends to do: Push the Americans out of Asia, dominate the region and put Japan in its place,” Newsham said.

But with the COVID-19 pandemic still raging and domestic economic issues likely to take precedence in the election and near future, Komeito, which has traditionally been opposed to the LDP’s more hawkish policies, has voiced criticism of significantly boosting defense outlays.

“I don’t think the kind of resource allocation that would significantly raise defense spending alone, doubling it abruptly, will win the people’s understanding,” Komeito head Natsuo Yamaguchi said last week, noting calls for resources to be allocated to social welfare.

Although the Japanese public’s impression of China has soured in recent years — one survey last year found that 86% viewed the Asian powerhouse negatively — some experts say that may not necessarily correspond to backing for more money in Defense Ministry coffers.

“A tougher line (on China among the Japanese public) is not synonymous with increased defense spending,” said Rand’s Hornung.

He pointed to a 2018 Cabinet Office survey that found 60.1% of those surveyed believed the Self-Defense Forces’ current capabilities were at a sufficient level, while just 29.1% said those should be bolstered.

“I just don’t see a public appetite for making the Self-Defense Forces a much larger force, compared with what they currently are, regardless of what the LDP promises,” Hornung said.

In merely teasing the 2% figure, the party may also be giving itself room to maneuver after the Lower House election while using the number as a trial balloon to see how it resonates with the general public

For now at least, experts say, the government is likely to continue signaling that it won’t back down on a longer-term goal of keeping defense budgets on an upward trajectory.

“Regardless of whether the final destination for any budget hike is 2% of GDP or something smaller … progress toward that goal is likely to be incremental given the fiscal and political constraints on the government,” said Tom Corben, a research associate in the foreign policy and defense program at the United States Studies Center in Sydney.

Tokyo Games medal podiums to be donated to schools across Japan

71% of Indian marketers expect their budgets to increase next year: Report