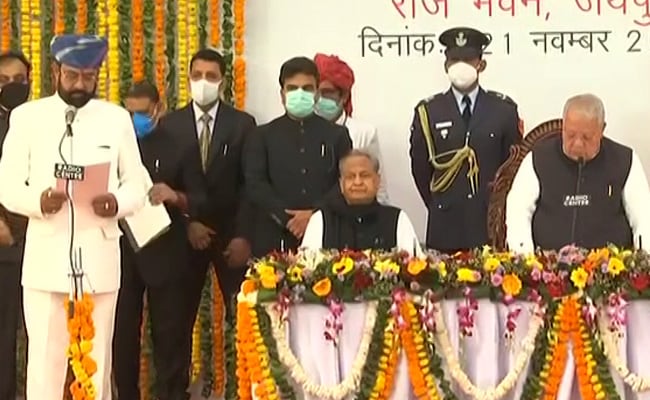 Ashok Gehlot’s new-look cabinet was revealed today with 15 new faces. Five Sachin Pilot loyalists are among the 30 state ministers as the big revamp aims to put the differences – that became a public spectacle last year – to rest.

In a balancing act, the Chief Minister told party workers at a meeting: “The contribution to the governance of those who could not be inducted in the cabinet is no less than those who have been made ministers today.”

Sachin Pilot whose open rebellion had pushed the ruling Congress into trouble last year today presented a united front and insisted that “there are no factions in the party”. “We all work under the leadership of the Gandhis,” he told reporters.

The Congress is gearing up to fight the BJP in the 2023 elections, Sachin Pilot said today, as he explained that the latest move is aimed at giving equal representation to all the segments in the state, including tribals, Dalits and women.