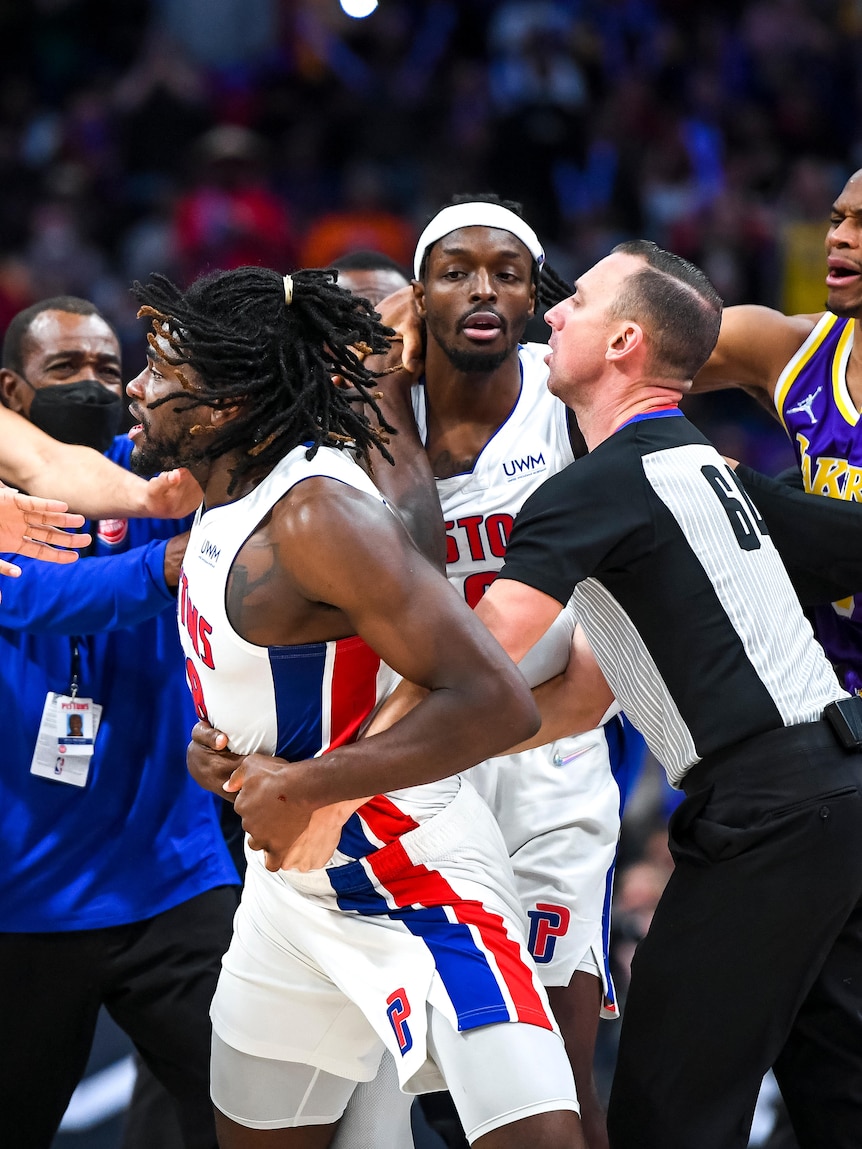 Los Angeles Lakers star LeBron James has been ejected from his team’s NBA game against the Detroit Pistons after his elbow to the face of Isaiah Stewart sparked a melee.

The incident happened early in the third quarter of the game at Little Caesars Arena in Detroit, with the Pistons leading 78-66.

A Detroit player was at the line for a free throw, and as the ball went towards the basket, Stewart stumbled away and fell to his knees.

The referees whistled the play dead, as Stewart got to his feet and walked towards James, pushing him in the chest.

More whistles could be heard and teammates and officials tried to separate an irate Stewart from James. Stewart could be seen with blood streaming from his right eye.

At least half a dozen people including stadium security tried to pull him away, as he began to shout at James.

At several points, it looked like Stewart had been held before breaking free and making a run around the people on court trying to get to James, with the Detroit crowd roaring him on.

Stewart was also bleeding from the mouth by this point, as he shouted past officials at the Lakers star.

He was led away by officials towards the locker room, before breaking free once more and charging downcourt.

The Pistons’ centre was ejected, and led off court once more, but he pulled away for a final time and then sprinted away down the tunnel.

James was also ejected for his part in the incident. Russell Westbrook from the Lakers was given a technical foul after officials reviewed the video.

The game went on and Los Angeles, led by Anthony Davis and Westbrook, mounted a comeback to win 121-116.

All parties were relieved that an all-out brawl wasn’t witnessed as it was back in November 2004, when the Pistons and the Indiana Pacers had a confrontation, infamously known as the Malice in the Palace, that spilled into the stands.