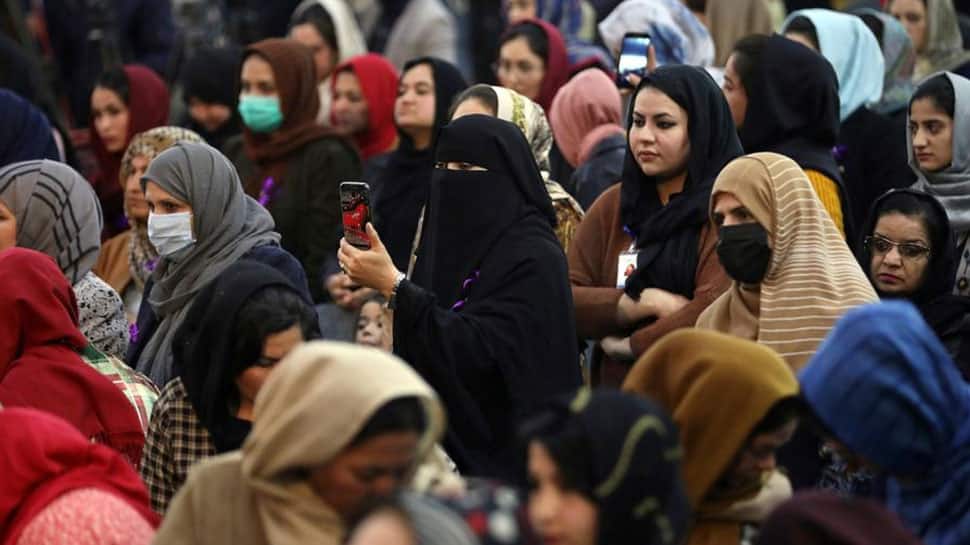 Kabul: In yet another setback for women`s rights in Afghanistan, the Taliban have now ordered television channels to stop airing shows featuring women artists…

The group said that Afghan women artists and female scribes must wear hijabs according to Islamic law.

This order is part of the newly issued guidelines by the Ministry for the Promotion of Virtue and Prevention of Vice, or moral police, American broadcaster Voice of America (VOA) reported.

One of the eight directives issued by the virtue ministry states that films and dramas should not have female actors. The new policy prevents television stations from showing men who are considered indecently exposed or not covered from chest to knees, the report added.

The Taliban defended the directive, saying it is aimed at countering propagation of “immorality” and airing of videos that “are against the principles of Sharia.” “Foreign and locally produced movies that promote foreign culture and traditions in Afghanistan and promote immorality should not be broadcast,” the ministry said.

The guidelines also prohibit airing satirical shows that “insult” or undermine the “dignity” of individuals. The Taliban took over Afghanistan in mid-August after a decades-long war, which plunged the country into a prolonged humanitarian, security and economic crisis.

Going against all promises of the inclusive government, the Taliban have appointed an all-male cabinet.

They abolished the Ministry of Women`s Affairs and handed over the women`s ministry building to the reinstated Ministry of Vice and Virtue, which was responsible for some of the worst abuses against women during the Taliban`s previous period in power from 1996-2001.

Last week, the United Nations had called for a more inclusive government in Afghanistan as the country has seen a curtailment of the fundamental rights of women and girls under the Taliban rule.

Deborah Lyons, UN Special Representative and Head of the UN Assistance Mission in Afghanistan (UNAMA), said “These range from limiting the right to work to the absence of women from major decision-making fora and from senior echelons of the civil service.”

Rescue and search operations on after volcano erupts in Indonesia