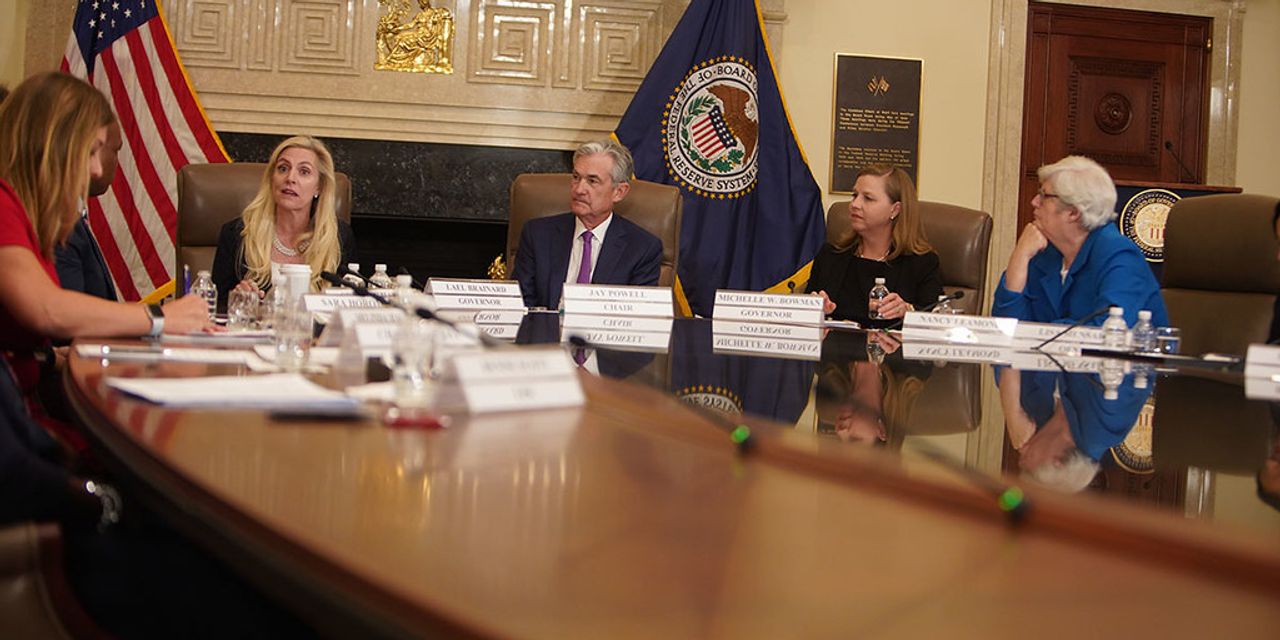 Powell, a moderate Republican with a career in investment banking, was originally nominated to be chairman in 2017 by Donald Trump.

Biden had narrowed his search to Powell and Fed Governor Lael Brainard, who will be nominated to serve as Fed vice chairwoman.

“I have full confidence after their trial by fire over the last 20 months that Chair Powell and Dr. Brainard will provide the strong leadership our country needs,” Biden said in a statement.

Powell has worked hard to strengthen ties on Capitol Hill that lapsed under his predecessors, Ben Bernanke and Janet Yellen. He is expected to be easily confirmed by the Senate with sizable Republican support. Brainard’s path the Senate confirmation was rockier.

“It tells you that Biden does care about his poll numbers. He doesn’t want a fight. He wants a real bipartisan candidate to sail through,” said Steve Blitz, chief economist at TS Lombard.

“It may well be that it came down to counting votes,” agreed Jim O’Sullivan, chief U.S. macro strategist at TD Securities.

It is hard for Democrats to get 50 votes needed to pass legislation in face of determined Republican opposition, O’Sullivan said.

“Brainard faced the same sort of arithmetic,” he added.

Biden will soon be able to fill three more vacancies on the central bank’s seven-member board of governors, firmly putting his stamp on the Fed. The president does not have a role in choosing the presidents of the 12 Fed district banks. At full strength, the voting members of the Fed’s interest-rate committee consists of the seven board governors and five regional bank presidents — four of whom rotate yearly. Only the New York Fed president has a permanent vote on the committee, as the Federal Open Market Committee or FOMC.

Brainard will also have to be confirmed by the Senate as vice chairwoman, but the stakes are much lower for that vote now.

If confirmed, Brainard, 59, who has been a Fed governor since 2014, will take on the No. 2 leadership position at the Fed, working alongside Powell and New York Fed President John Williams.

Brainard was seen by markets as a more dovish choice than Powell. After Powell’s nomination was announced, markets priced in slightly more tightening.

Markets are growing more worried about inflation as the economy bounces back from the coronavirus pandemic and talk of the need for more aggressive Fed monetary policy is common.

Consumer prices topped 6% in October, the biggest rise since 1990, and well above the Fed’s 2% target.

However the central bank has only just starting to slow down asset purchases at a pace of $15 billion per month. At this rate, the central bank will keep buying bonds, which stimulate the economy, until next June.

Meanwhile financial markets have priced in two interest rate hikes by the Fed in 2022.

Investors are wondering whether the Fed will decide to “taper” asset purchases at a faster pace or even start to raise short-term interest rates.

Read: Top Fed officials signal interest-rate increases in 2022 are on the table

For much of the year, Powell has dismissed the rise in inflation has temporary given the supply shocks resulting from business lockdowns during the pandemic.

In recent weeks, he has shifted to expressing more concern, vowing to raise short-term interest rates to slow down inflation if it shows no sign of waning.

This summer, the renomination of Powell was seen as a sure thing, but as time dragged on without an announcement, analysts had second thoughts.

“In June, I was saying Powell had like an 80% or 90% chance. And in the last few weeks, it looked barely 50-50,” said Greg Valliere, chief U.S. policy strategist at AGF Perspectives.

Valliere said the delay showed that Biden had “reservations” about Powell for being too sanguine on inflation.

The left wing of the Democratic party had urged Biden to pick a different nominee who would take a tough stance on bank regulation and put more focus on climate change.

Democratic Sen. Elizabeth Warren of Massachusetts, a sharp Wall Street critic, accused Powell of watering down financial safeguards put in place after the panic of 2008. She even called the Fed chairman a “dangerous man.”

The Senate is expected to confirm Powell, 68, before his first term expires in February. He’s expected to face tough questions about climate change and bank regulation from progressives during his confirmation hearing. No date for the hearing has been set.

Powell took over as Fed chair in February 2018 after serving on the Fed board since 2012 when he was nominated by former President Barack Obama.

His tenure is marked by two distinct periods — the first being bitter criticism from Trump though Powell won widespread sympathy for remaining silent while being savagely criticized by Trump.

After the Trump tax cuts were passed, the Fed continued to raise short-term rates, leading to strong objections from an irate president, who pointed out that Europe and Japan were maintaining their benchmark interest rates near zero.

Trump referred to Powell as an “enemy” and a “nobody,” and reportedly called his nomination the worst mistake of his presidency. He even looked for ways to fire him.

Biden’s election raised the prospect of a quieter time for Powell but the central bank soon stared at the risk of an economic meltdown from the rapid spread of the coronavirus in early 2020.

Powell and his colleagues reacted swiftly, slashing short-term interest rates to close to zero in two swift moves in March. To aid a faltering bond market, the Fed also bought trillions of dollars in bonds. The resulting recession was the deepest in the post-World War II era, but the downturn was brief.

As a result of its emergency actions, the Fed’s balance sheet has doubled in size to over $8 trillion and concerns linger over the need for the Fed to rescue markets that were deemed “too big to fail.”

Some Republicans and economists on Wall Street say Powell has made a mistake by not moving away sooner from the easy-money policy stance. They worry the Fed will have to “slam on the brakes” and put the economy into recession to cool the surge in U.S. inflation.

Powell and other senior Fed leaders blame the increase in prices on widespread shortages of supplies tied to the reopening of the economy and disruptions in trade caused by the pandemic.

Under Powell’s leadership, the Fed has adopted a new framework to put greater weight on driving down unemployment. Past Fed chairmen tended to worry that low unemployment would spawn higher inflation.

The surge in inflation this year has raised doubts on this new policy stance.

In addition, in recent months, Powell has been dogged by financial scandal that forced the resignation of two of its regional Fed presidents.

However, the Powell Fed has placed more emphasis on the problem of inequality.

“The economic downturn has not fallen equally on all Americans, and those least able to shoulder the burden have been hardest hit,” Powell said last week. “Despite progress, joblessness continues to fall disproportionately on African Americans and Hispanics.”

The Wall Street Journal: Intel to list shares of its Mobileye self-driving-car unit