Representatives of the transgender community have celebrated Dani Laidley’s return to her former football club and believe it may inspire other people who are wrestling with their identity or sexuality.

The former North Melbourne premiership player and coach joined a panel, alongside her coaching successor Brad Scott and current coach David Noble, at Arden Street on Friday, as the Kangaroos marked their status as debt-free for the first time in 34 years.

“I was stoked that she was able to come today and feel comfortable to come,” Noble said.

The magnitude of Laidley being welcomed back to a football club as a trans woman was not lost on her, her friends and her former teammates.

The fact that Laidley felt comfortable enough to be involved is key, according to long-time trans advocate Sally Goldner.

“It showed that [North Melbourne] value the person and their contribution to the club and that Dani attended as her authentic self was really, really important on a number of levels,” said Goldner, who founded Transgender Victoria.

“It happened in Trans Awareness Week, leading up to Trans Day of Remembrance and also when we consider that, to our knowledge, no gay or bisexual male has come out in AFL men’s, the fact that a trans person, particularly a trans woman is there, is also important.”

“Some football clubs — I’m certainly not talking about North Melbourne — have been, at times, very macho or homophobic, or fallen down in other areas such as racism, and the fact that a trans woman was there just being herself is a very, very positive sign.”

Trans athletes and AFLW Pride Round 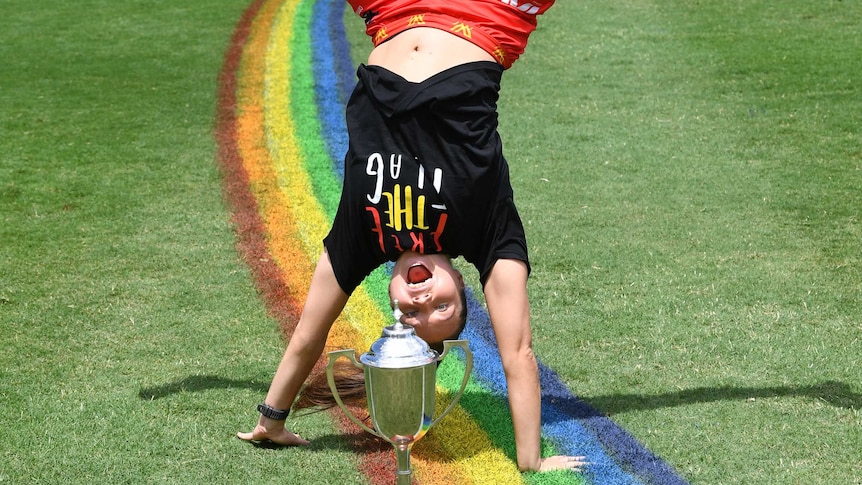 AFLW has fundamentally changed the relationship of the LGBTIQ community to football and vice versa, but this has not necessarily translated into the inclusion or celebration of trans athletes.

“The fact that her North Melbourne family was there to support her, assist her through her challenges as she affirmed who she really is, probably really helped her to get to a space where she can be outgoing and confident and be in public as who she really is,” Fox said.

“[That’s] an experience that a lot of the gender diverse community don’t really get.

“It just proves that support and love and care from those who have known you for a long time is probably the biggest thing to helping someone be who they really are.”

Laidley last year faced court on drug and stalking charges, pleading guilty after making dozens of calls and sending text messages to a woman, while also photographing her from outside her home.

She was put on an adjourned undertaking of good behaviour for 18 months and avoided a conviction.

Stevens also accompanied Laidley to the Geelong races earlier this month, when unsolicited photos of Laidley were allegedly taken and shared by police members, prompting an appeal by the anti-corruption watchdog IBAC.

“It’s fantastic to see her here today and hear her speak about her memories of the footy club.

“It gives you a very warm feeling. Football clubs are very embracing of their people. We are here for Dani and she is an important part of our history.”

“I’m not sure Dani quite related how important the club has been to her,” Noble added.

“It’s been very significant in her life.”

Goldner said Laidley’s return to Arden Street could provide incentive to gay or bisexual male footballers who had been hesitant to openly discuss their sexuality.

“I think it can only be encouraging to those people who have said, ‘Oh, I wanted to get this thing about coming out as a past or present player done and dusted. Now I can do it’,” Goldner said.

“So I’d see it as a very positive boost for those people.” 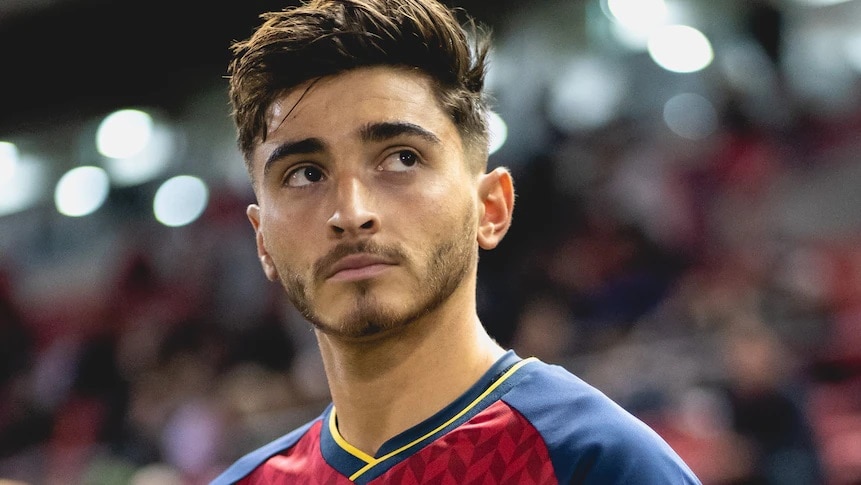 Footballer Josh Cavallo’s recent coming out shows men’s sport has a long way to go to catch up to women’s sport in accepting LGBTQIA+ athletes.

Fox said she hopes Laidley could inspire people who have been wrestling with their identity for some time.

“People who may wish to explore and express a gender identity different to the one they’ve been assigned then, hopefully, this will give them an inspiration to start looking at how they want to live their life,” she said.

“Knowing that, even though what Dani’s been through has been incredibly challenging, she has been given that love and support from her friends and, if that can help other people say, ‘I might be able to get that too’, that’s probably the most important take I have.”

Fox plays for the Williamstown Football Club and believes she was the only transgender woman to have played mainstream elite sport in Australia in 2021.

Moving forward, she implored AFL clubs to recognise they have a responsibility to offer a safe space for players, particularly for athletes who are battling with ideas around gender and sexuality.

“That is my hope out of this experience is that clubs realise that what they see might not be true … so they’ve got to prepare that space before people can truly be who they are,” Fox said.