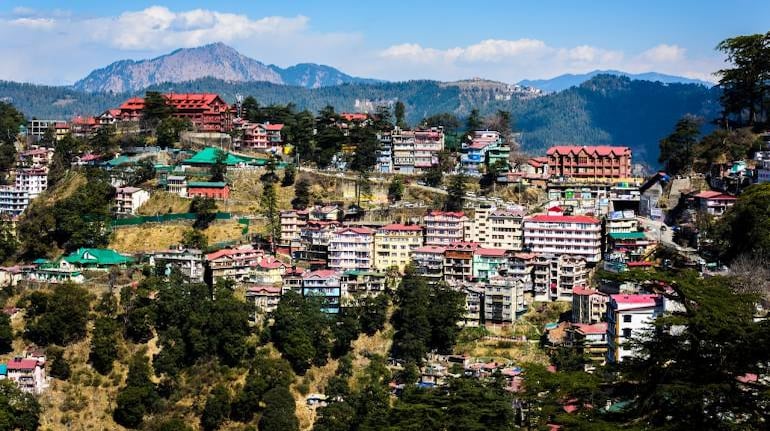 A general view of Shimla, Himachal Pradesh (Image by OctoberSonata via Shutterstock)

The SDG Urban index and dashboard developed by Niti Aayog in collaboration with GIZ and BMZ, and under Indo-German Development Cooperation, has been released.

The ranking has been done based on 77 SDG indicators across 46 targets of the SDG framework. The data on these indicators have been sourced from official data sources such as NFHS, NCRB, U-DISE, data portals of various ministries, and other government data sources.

The SDG framework was first released in 2015 by the United Nations, with 17 SDG goals which include no poverty, zero hunger, gender equality and clean water and sanitation, 244 indicators that track the progress of these goals, and 169 targets. Each country is encouraged to design their own framework, based on its national priorities.

“Cities are fast becoming engines of growth. The SDG Urban index and dashboard, a product of innovative partnership between NITI Aayog and GIZ, will go a long way in instituting a robust SDG monitoring system in our cities, and is a milestone step in our SDG localisation journey,” said Rajiv Kumar, Vice Chairman of NITI Aayog during the launch.

The index highlights the strengths and gaps of urban local body-level data, monitoring and reporting systems.

“The index and dashboard will further strengthen SDG localisation and institute robust SDG monitoring at the city level,” the statement said.

The bottom ten on the index and dashboard are Dhanbad, Meerut, Itanagar, Guwahati, Patna, Jodhpur, Kohima, Agra, Kolakata and Faridabad.

The areas with ranking between 0 and 49 have been ranked as aspirants, those with 50-64 are termed performers, those with 65-99 are called front-runners, and the ones with a perfect score are called achievers.