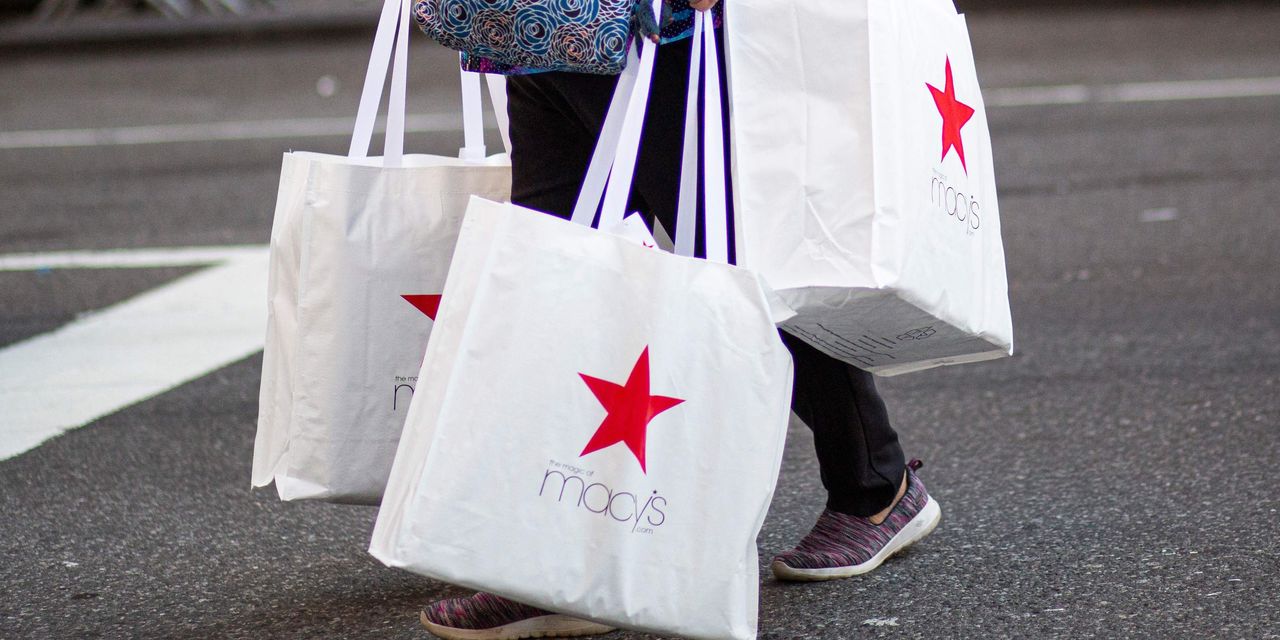 Macy’s Inc. talked up the launch of a new marketplace as a way to further build out its merchandise assortment and e-commerce business, but GlobalData says a new marketplace could doom the department-store retailer’s traditional business.

Macy’s M, -2.71% announced plans to launch a curated digital marketplace alongside third-quarter profit that soared past expectations. The marketplace, which is expected to launch during the second half of next year, will be created in collaboration with marketplace technology company Mirakl.

Expanding into new categories and brands is driving growth, according to Gennette. Toy sales have more than doubled versus 2019 since the Toys ‘R’ Us partnership launched in August, for instance.

See: Target says measures to manage the supply-chain bottleneck has pressured margins, but analysts say it’s worth it

Macy’s has been under pressure from activist investors Jana Partners LLC to separate its e-commerce business from the bricks-and-mortar business, according to reporting by The Wall Street Journal.

Macy’s has conducted an analysis of the business as part of its turnaround strategy, which is focused on serving customers across platforms. But Gennette says the company is taking another look.

“It is too early to tell what the results of this additional analysis will be, but we plan to update everyone after the work is complete,” he said on the call, according to a FactSet transcript.

GlobalData says the marketplace is the result of “misplaced thinking.”

“A possible danger of the marketplace is that it will decrease the overlap between stores and online which will, in turn, amplify the calls for Macy’s to spin off e-commerce,” wrote Neil Saunders, managing director at GlobalData, in a note.

“At present this is a strategy management firmly resists – and is something we applaud them for – but we do not see the matter going away any time soon. In our view, tearing digital and store asunder would be a huge mistake and would, over time, be the death-knell for Macy’s as a mainstream brand.”

Also: ‘Fighting inflation is in our DNA’: Walmart says its pricing and inventory can deliver for the holidays

Moreover, Saunders highlights other problems that Macy’s has, including stores that are an “atrocious mess” and “mediocre” customer service.

Credit Suisse analysts maintained their underperform stock rating after the earnings announcement, though they raised their price target to $32 from $19.

“While we have concerns that longer-term incremental industry pressures will restart by late 2022, our raised target multiple reflects better near-term execution by Macy’s and potential for new value unlocks (like a bigger marketplace model) in 2022 and beyond,” analysts wrote.

Investors have been far more optimistic about the stock, with shares jumping more than 52% over the last three months, and soaring 200% for the year to date.

“The business is executing on its core turnaround strategy and taking share in a rapidly changing environment,” analysts said.

“We nod to Macy’s evolving strategy to engage with the crucial omnichannel customer, particularly as demand and shopping habits modernize… While Macy’s is emphasizing their efforts on store fleet rationalization, the company is experimenting with off mall locations, which we believe could be incremental to the success of the store channel and omnichannel customer.”

Don’t miss: This is how America’s booming demand for goods shattered the supply chain

And in the near-term, Empire Financial Research says the retailer is well-positioned for the holidays, despite global supply chain challenges.

“Of course, the supply chain problems will persist, but the largest players with the deepest relationships in the shipping and freight community and the most leverage with key vendors and suppliers are at a distinct advantage – and Macy’s is proof of that,” said Berna Barshay, an editor at Empire Financial.

Gennette says the company began its efforts to minimize the impact of supply chain bottlenecks going back as far as the fourth quarter of 2020.

“It is also important to remember that the figures from this quarter do not yet reflect the recent reopening of international travel, and it will be very interesting to see how the return of tourism impacts Macy’s in the fourth quarter.”

Delta variant is still the ‘major cause of the pandemic’ despite worries about omicron, WHO says