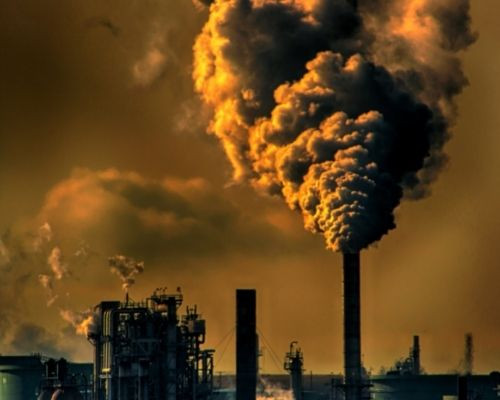 As world leaders gathered in Glasgow recently to discuss how to keep the world’s carbon reduction plans on track, oil and gas operators met in Houston at Oil and Gas IQ’s Operational Excellence in Oil and Gas to look how operational excellence can help.

While this might seem an unlikely juxtaposition, the one word on everyone’s lips at our oil and gas conference was “decarbonization.”

These questions have taken on new urgency in the past year as extreme weather events globally have made it clear the dangers of uncontrolled tampering with the earth’s atmosphere.

This summer, the UN climate panel published an alarming report about the current state of warming and warned that extreme events – deadly heatwaves, damaging floods, rising sea levels, severe storms – will happen more frequent as the earth gets warmer. The report directly blames the burning of fossil fuels.

Meanwhile, the IEA issued a report in May calling for an immediate end to the development of new oil and gas fields anywhere in the world. By 2035, the report called for an end to cars that rely on fossil fuels and by 2040 all unabated coal and oil power plants should be phased out.

The changes are already making a mark in the oil and gas industry. Indirectly and directly, oil and gas extraction, production and burning (by consumers) contributes to 42% of greenhouse gas emissions, according to McKinsey. The industry has a huge role to play in the energy transition if the world is to come anywhere near close to meeting its carbon reduction targets.

Many oil and gas companies – such as Shell, BP, Eni and ConocoPhilips – have heard that call and pledged to reach Net Zero emissions by 2050. But reaching those goals will require both short term and long term solutions.

In the near term, says Julie Ferland, Vice President, Innovation Excellence, at Shell, oil and gas operators need to look at ways to improve operational efficiency in their existing operations.

“When you gain operational efficiency you tend to also reduce carbon emissions,” she explains, speaking on a panel at our Operational Excellence in Oil and Gas conference.

Artificial intelligence is an emerging way of finding those operational improvements that may not immediately be obvious. Ferland cites how one of Shell’s LNG operations in Nigeria used artificial intelligence applied it to real time performance data to identify ways to reduce oil off gas flaring by 70% at the facility. That equated, she says, to reducing emissions by approximately 130,000 tons of CO2 per year with basically zero capital cost.

In the long term, oil and gas companies need to examine their business models to prepare for a low carbon future.

“We know that oil and gas will still be needed. We’ve got to be very smart and efficient in order to reach our net zero ambition. It’s not about growth. It’s not about production. It’s about value,” observes Mark Hutcherson, Director, Low Carbon Projects & Technology, at ConocoPhillips.

New technologies such as carbon capture and storage, hydrogren fuel, and methane capture are among some of the new areas that companies are exploring.

“We recognize that we need to transform our whole portfolio,” says Shell’s Ferland. “But we need to do it step by step.”

Hutcherson and Ferland are among those calling for greater industry standards and data sharing for ESG. The data would allow companies to better compare ESG efforts between companies.

“We have come a long way in this direction, and now we have set ourselves the aim of being a net-zero emissions energy business by 2050,” says Shell’s CEO Ben Van Beurden in a video statement on the company’s website. “If we want to get there, if we want to succeed as an integral part of a society heading towards net-zero emissions, now is the time to accelerate.”

Whether it’s out of an altruistic concern for their grandchildren or worries about the long term viability of their business, oil and gas majors are gearing up to respond to the low carbon winds of change.

Are Gasoline Prices Being Pushed Higher On Purpose?