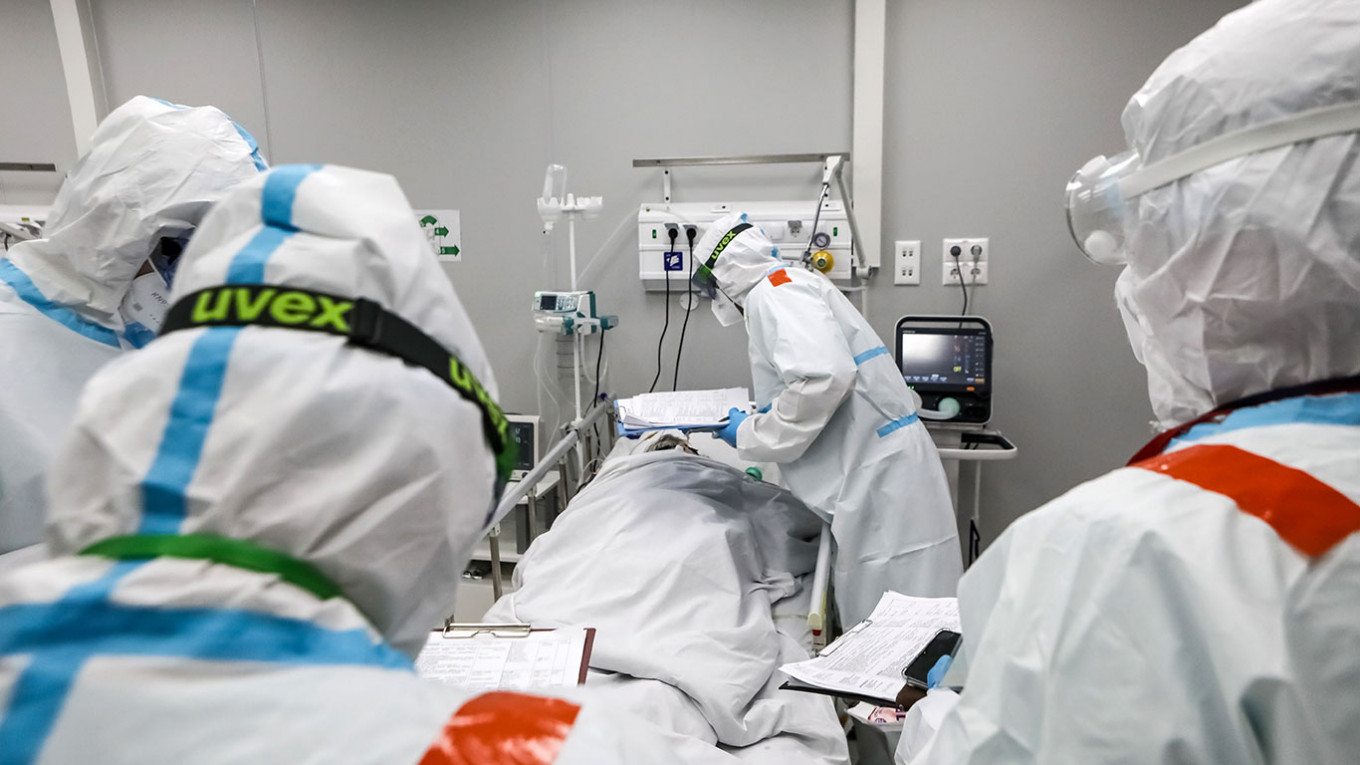 Leading Russian doctors on Wednesday invited celebrities and politicians with anti-vaccine views to visit Covid red zones in hospitals and see for themselves the effects of the pandemic.

In an open letter published by state news agency TASS, 11 doctors from several cities wrote to a dozen public figures who expressed anti-vaccine views to hundreds of thousands of followers on social media.

Russia, one of the countries worst-hit by the coronavirus pandemic, is struggling with widespread opposition to vaccination even though it has developed several homegrown jabs including Sputnik V.

Despite multiple pleas from President Vladimir Putin, only 37% of Russians are fully vaccinated and the country has seen more than 1,000 deaths a day in recent weeks.

In their letter, the doctors told several singers, actors, TV personalities, and politicians who had expressed skepticism over vaccinations that they would take the time to show them around Covid treatment centers.

“We are all somewhat busy, you can probably guess with what,” said the letter, whose signatories included prominent Moscow doctor Denis Protsenko, who is in charge of the capital’s main Covid hospital.

“But given how many people read and listen to you, we will find time to escort you through the red zones, intensive care units, and pathology departments of our hospitals,” the doctors said.

“Maybe after that, you will change your position and fewer people will die,” it added.

Among others, the letter was addressed to TV personality Oskar Kuchera, who doubted the safety of vaccines to his almost 300,000 followers on Instagram this month.

It was also addressed to actor Yegor Beroyev, who compared introducing restrictions for unvaccinated Muscovites to Nazi Germany’s treatment of Jews, and to rock star Konstantin Kinchev who told a tabloid he “did not want to live in a digital concentration camp.”

The doctors also appealed to politicians including 77-year-old Communist leader Gennady Zyuganov, whose party has organized protests against mandatory vaccinations and health passes.

“We live in an age when the opinion of a professional in any industry can be easily dispelled by some famous person,” Protsenko wrote on his Telegram channel, explaining why the doctors wrote the letter.

“There is a real war happening, we are losing more than 1,000 people in it every day, who did not prepare their body to encounter this dangerous virus,” he said.

Russia has recorded more than 9.4 million coronavirus cases since the start of the pandemic, the fifth-highest number in the world, and more than 266,000 virus-related deaths, according to government figures.

State statistics agency Rosstat said the actual death toll from the pandemic in the country was closer to 450,000 by the end of September.

US running short of Santas

Ukraine Leader Calls for Talks with Russia Amid Invasion Fears