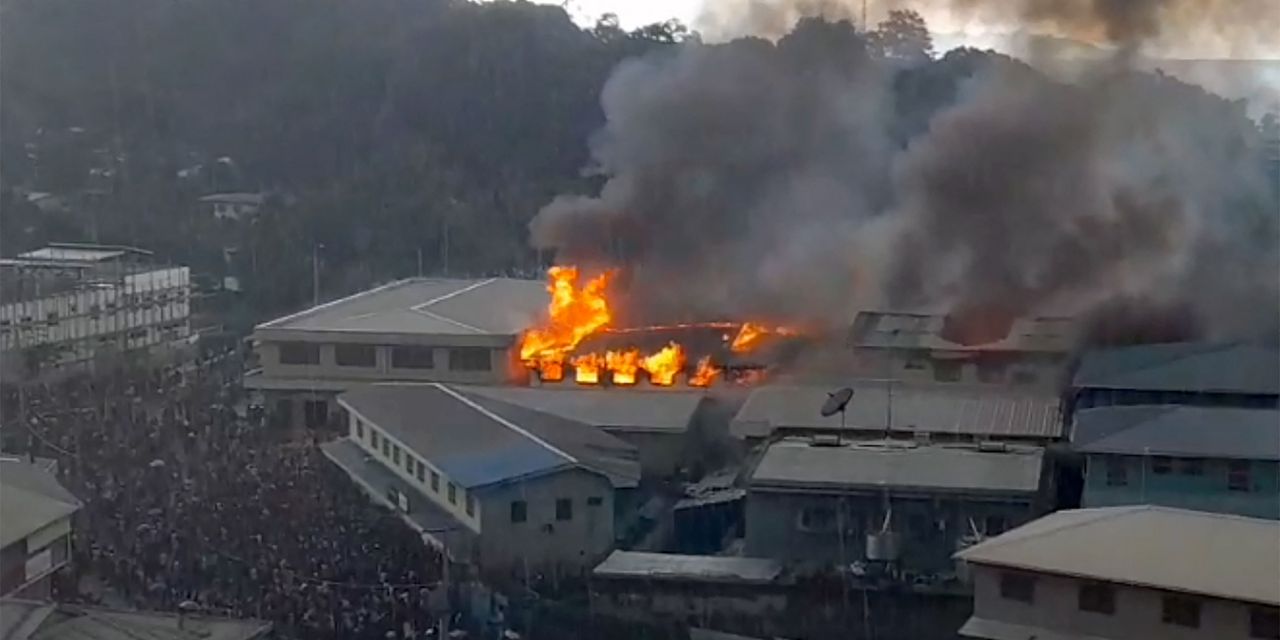 SYDNEY—Australia said it would send a peacekeeping force of more than 100 federal police and defense personnel to the Solomon Islands after a second day of violence in the Pacific Island nation.

Protesters have burned buildings including a police station and breached the national parliament in what Solomon Islands Prime Minister Manasseh Sogavare said was an attempt to bring his government down. Mr. Sogavare on Wednesday declared a 36-hour lockdown of the national capital, Honiara, but this failed to halt the violence and looting.