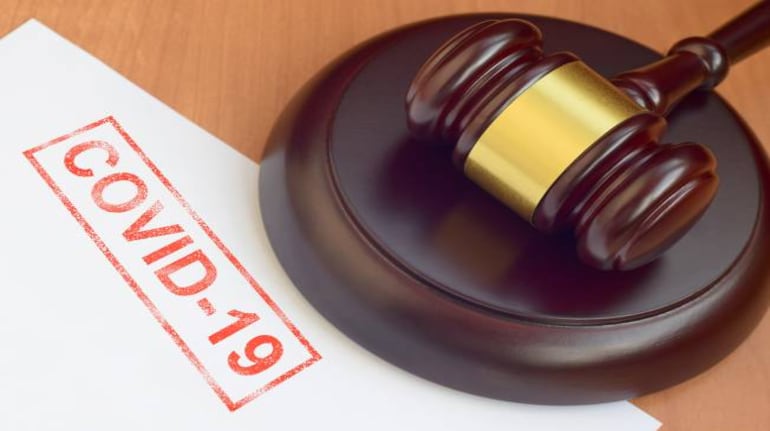 Raian Karanjawala feels that post COVID-19, will be an amalgamation of touchy-feely kind of litigation and the new smart work, ‘Zoom call habit’ that has now come into practice. (Image Source: Shutterstock)

Germany crossed the sombre threshold of 100,000 COVID-19-related deaths on Thursday with a surge in new infections posing a challenge for the new government.

Since the start of the pandemic, 100,119 people have died with the virus in Germany, data from the Robert Koch Institute for infectious diseases showed. The number of new daily cases hit a new record of 75,961.

Hospitals in some areas, especially in eastern and southern Germany, are under pressure and virologists have warned that many more people could die.

The head of the Robert Koch Institute has put the mortality rate at about 0.8%, meaning that at daily case numbers around 50,000, some 400 people per day will end dying.

Germany’s incoming three-party government, which announced its coalition deal on Wednesday, said it would create a team of experts who would assess the situation on a daily basis.

Germany has already limited large parts of public life in areas where the situation is acute to people who have been vaccinated or have recovered.

FDP leader Christian Lindner said tighter regional restrictions would probably be needed if a national lockdown, like that in neighbouring Austria, is to be avoided.

With a vaccine rate of just 68.1%, far behind some European countries such as Portugal, Spain and even France, Chancellor-in-waiting Olaf Scholz promised to ramp up vaccinations and did not rule out making it compulsory.

“We must vaccinate and give booster shots to prevent the spread of the virus,” said Scholz. “Vaccination is the way out of this pandemic,” he said.

He said long queues for booster shots in some areas that are slowing things down had to be sorted out.

A growing number of politicians are calling for compulsory vaccinations, initially for workers in some sectors, but possibly later for everyone.