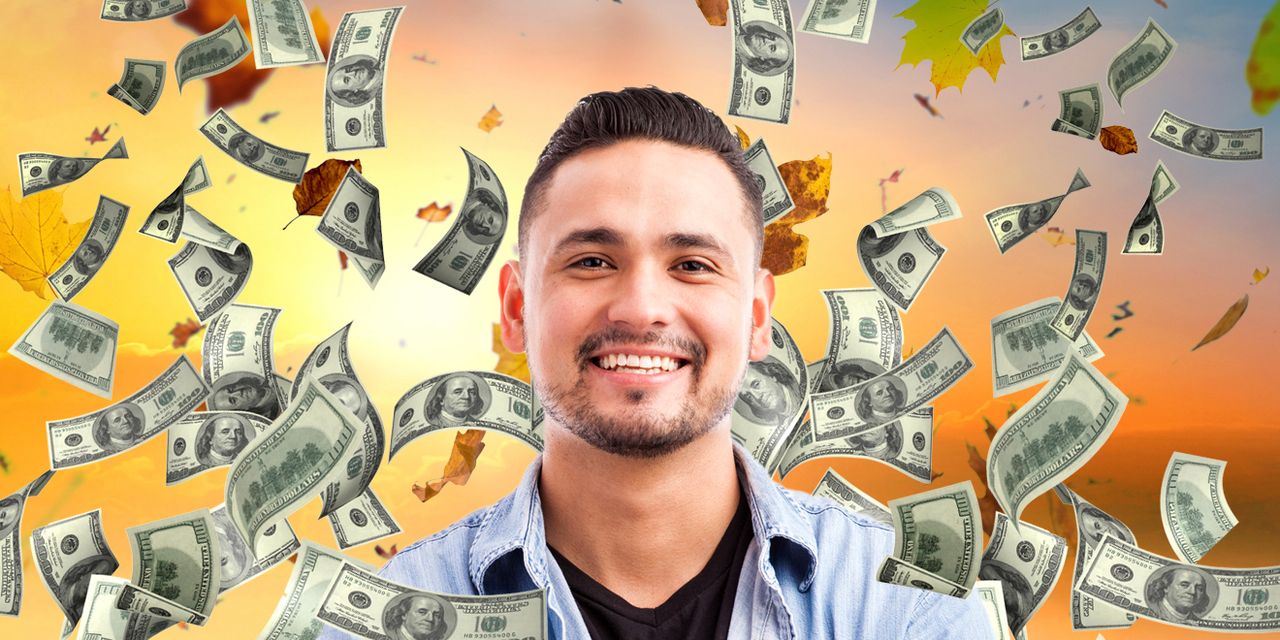 This Thanksgiving, try gratitude instead.

There is a link between gratitude and greater account balances, greater investment portfolios and greater satisfaction over spending decisions, according to financial advisers who have witnessed how money and emotions mix.

“By practicing gratitude, we can overcome the urge to spend on possessions that won’t increase our happiness and focus on areas like spending quality time with family and friends,” said James Vermillion of Vermillion Private Wealth in Lexington, Ky.

“Gratitude can also help us delay gratification and avoid the impulse for immediate reward in return for more worthwhile rewards later.”

To be sure, many people might find it challenging to feel financially grateful when so many aspects of Americans’ financial lives now feel stretched thin.

Consumer sentiment hit a decade low in November, according a closely-watched gauge on consumer mood released Wednesday. People have been buffeted by high inflation that nips and gnaws at their budget.

Incomes rose 0.5% in October but the cost of goods and services increased 0.6% in the same month, according to Wednesday data from the Commerce Department. That follows other government data showing the pace of inflation hitting a 31-year high in October.

And even as the economy recovers from COVID-19’s shockwaves, numbers indicate many people are still unemployed, struggling and even hungry.

Last month, 9.4% of people told Census Bureau researchers they sometimes didn’t have enough food. That’s up slightly from an 8.8% national average one month earlier — and for people on firmer footing, those numbers can serve as another reminder to be thankful.

Gratitude leading to abundance, not scarcity

Is a glass half empty, or half full? The answer may show person’s mental default to scarcity or abundance.

Scarcity, real or perceived, can lead a person to focus intensely — and anxiously — on the shortcomings, studies show. Other studies show mental health can play an important role in shopping habits; a household where someone suffers from depression has “striking differences” in its spending traits, researchers recently said.

“A focus on gratitude for what we have, combined with optimism and positivity about the future, takes us out of a mindset of scarcity and into one of abundance,” said Melissa Walsh of Clarity Financial Design in Winter Park, Fla.

If someone starts with gratitude for what they already have, that mindset “can lower impulse-based financial decisions, like expensive impulse purchases, because gratitude can take us out of the immediate moment and help us refocus on long-term, values-based decision making.”

It’s a point people should remember especially if they are planning on Black Friday shopping, Walsh added.

Knowing when enough is enough

A concept in economics known as diminishing marginal utility essentially says people experience less pleasure or satisfaction from something the more and more they get it. Gratitude can be the safeguard that prevents people from wasting time to seek more, more and even more.

Some of financial planner Elliott Appel’s most content clients are also quite grateful, he said. “I don’t think practicing gratitude will necessarily make you wealthier, but I think it helps you realize when you have ‘enough’ in your life to avoid chasing more and more money that will have little impact on your life,” said Appel, the founder of Kindness Financial Planning in Madison, Wis.

Watch out for the opposite of gratitude

Greed is the exact opposite of gratitude, according to Corey Voorman of Voorman Investment Counsel in Plymouth, Mich. Not knowing when to dial back investment risk can subtract from a portfolio, he noted.

“Greed often comes with a desire for unreasonable control, and is often packaged with worry which can be deleterious for investors’ returns or expectations in any market environment,” Voorman said. “Gratitude is one of the best weapons against greed and fear in investing.”

There’s also a practical side effect of gratitude, many advisers noted: a tax write-off.
Clients filled with gratitude in their life were also the most inclined to donate to charity, they said. People who itemize their deductions can include their charitable contributions and people who take the standard deduction can donate up to $300 (or $600 for a married couple) and shave down their tax liability under current tax rules.

Gratitude helps set the map on what happens next once a person has accumulated enough for themselves, advisers said. In other words, if the pursuit of more wealth isn’t the final goal, it frees up someone’s mind to consider what is.

“Financial independence is more than just having enough money to meet your needs — it’s about aligning your values with your financial plan: the peace of mind to focus on the things that matter most, the peace of knowing you can live a life of your choosing, and the peace of planning to care for those you love,” said Nicole Gopoian Wirick, founder of Prosperity Wealth Strategies in Birmingham, Mich.

When Leland Gross, founder of PeaceLink Financial Planning in Virginia Beach, Vir., works with clients who look at money through a scarcity lens, he’ll encourages a five-minute exercise where they write the things they are grateful for, whether that’s relationships, finances or otherwise.

It pulls the focus from “what I need” to “what I have,” Gross explained.

That can be a powerful shift when so many people are trying to keep up appearances, he said. “We live in a society riddled with anxiety, constantly comparing itself to one another, everyone feels insecure and everyone feels we are behind,” Gross said. “When more money becomes the goal of our lives, we’re never going to have enough.”

Focusing on abundance can change that — like it did for one of Gross’s clients. The woman, who had already been saving for retirement, inherited $2 million from her parents. But she “felt paralyzed” on whether to use it, for fear of wasting it, Gross explained.

They broke down the money to show what could be spent and what could stay protected with conservative investments. Within weeks, she put in an offer on a “reasonable dream home” and is due to close in the coming weeks, Gross said.

He remembered her reaction when they showed she had enough money to live her life and use some of the money. “She was in tears saying ‘I just feel better. I just feel excited. I feel thankful.’”

The Moneyist: ‘My uncle accessed my father’s bank accounts while he was dying’: He also took his house keys, truck, wallet and personal papers. What can we do?