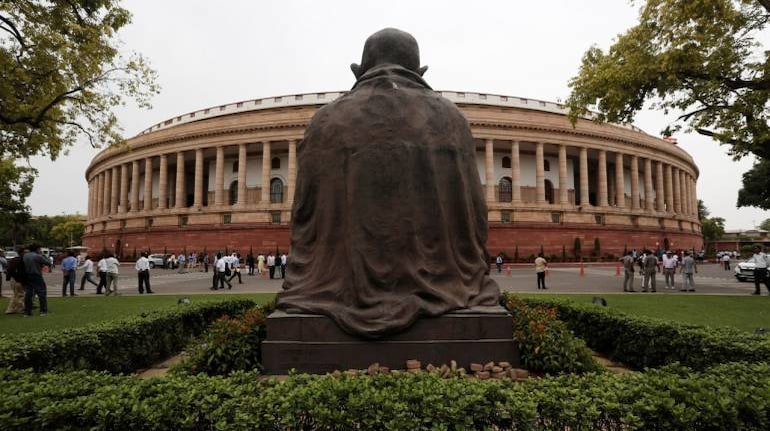 As many as 13 Opposition parties, including the Congress and the Trinamool Congress, will not attend the Constitution Day event to be addressed by President Ram Nath Kovind in the Central Hall of Parliament on November 26.

The joint move to boycott the event by the Opposition parties is to protest against the Centre’s “disrespect” towards them, “refusal” to listen to their demands and “hurried passage of Bills” through the House. The move sets the stage for a stormy Winter Session of Parliament beginning next week.

The Congress has also decided to reach out to all like-minded parties to ensure Opposition unity during the upcoming session, according to reports. Parties, including the RJD, DMK and the Left, are also expected to stay away from the event, sources said.

The Congress took the boycott decision at its parliamentary strategy group meeting on November 25. Several leaders, including Rajya Sabha’s Leader of the Opposition Mallikarjun Kharge, and floor leaders Adhir Ranjan Chowdhury and Anand Sharma, who attended the meeting, extended their support to the boycott, according to a report in Hindustan Times.

“How can we celebrate the Constitution Day when the government doesn’t give any space to the opposition leaders?”  the report quoted a leader as saying.

President Kovind, Vice-President Venkaiah Naidu and Prime Minister Narendra Modi, and other leaders are slated to attend the event in Parliament at 11am on Friday.

Also, read: Explained: Why November 26 is celebrated as Constitution Day of India

“The programme at the Central Hall will be addressed by the President, Vice-President, prime minister and the Lok Sabha speaker. After the speech of the President, the nation will join him live in reading the preamble of the Constitution,” a statement by Prime Minister’s Office (PMO) said.

Earlier in 2019 as well, the Opposition had skipped the event and, instead, gathered around BR Ambedkar’s statue at the Parliament complex to read the Constitution, to register their protests.

“The roots of this vision can also be traced back to the ‘Samvidhan Gaurav Yatra’ organised by then Gujarat Chief Minister Modi in 2010,” the PMO said.

These are the 10 most expensive cities in the world: Take a look