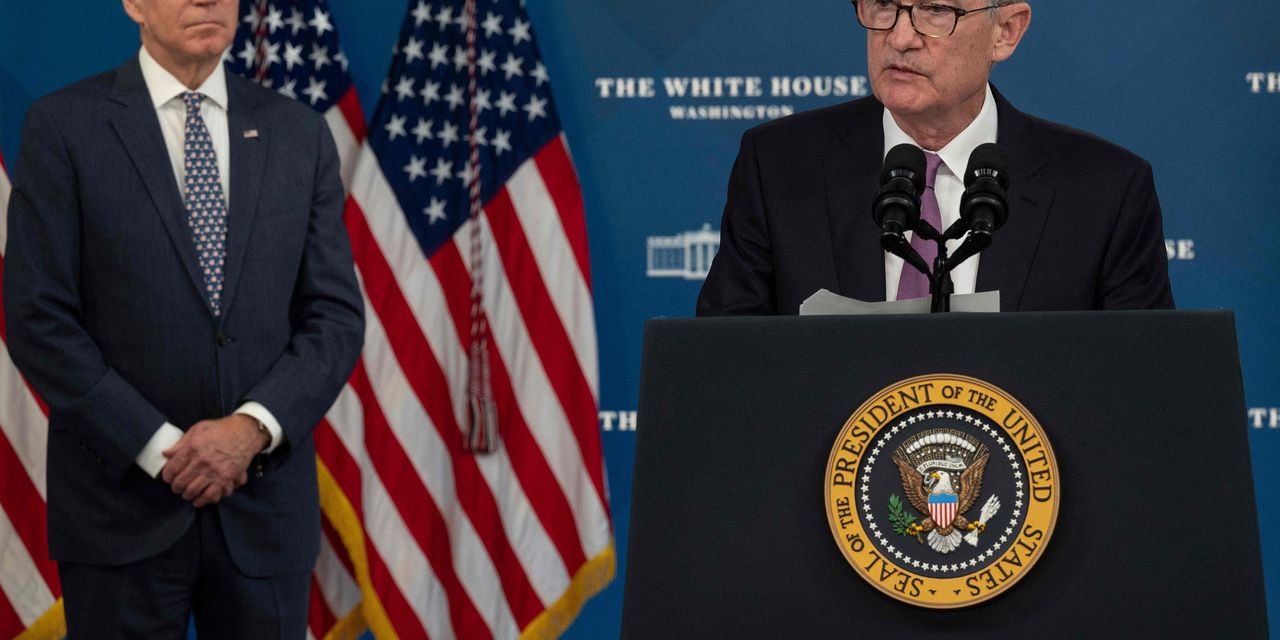 Federal Reserve policy makers have been “way behind the curve” since early last year in tightening policy, and there’s now the possibility that they might need to consider hiking interest rates at almost every meeting in 2022, according to Deutsche Bank researchers.

Deutsche Bank’s economists expect four hikes in 2022, starting in March, which is roughly in line with the market’s expectations, they wrote in a Monday note. They also foresee the reduction of the Fed’s more than $8 trillion balance sheet beginning in the third quarter, or after two rate hikes are delivered. Nonetheless, “unless financial conditions notably tighten then all seven meetings from March to the end of 2022 are now potentially in play,” wrote Deutsche Bank researchers, along with Jim Reid, head of thematic research.

There’s growing agreement among economists that the central bank has waited too long to tackle persistent inflation — hamstrung by a more flexible approach to price gains just as the COVID-19 pandemic was unleashing surprisingly sustainable upward pressures. Now, policy makers are attempting to navigate what some refer to as a “dual” tightening, by shrinking their balance sheet along with hiking their policy rate target from its current level between 0% and 0.25%.

If Fed officials were to actually deliver rate hikes at each one of their seven meetings between March and year-end, that would be about twice as many rate increases as traders currently expect.

Investors are awaiting Tuesday’s re-confirmation hearing of Fed Chairman Jerome Powell and Wednesday’s release of the consumer-price index report. That report is expected to show a 7.1% headline year-over year figure for December, which would be the highest level in four decades.