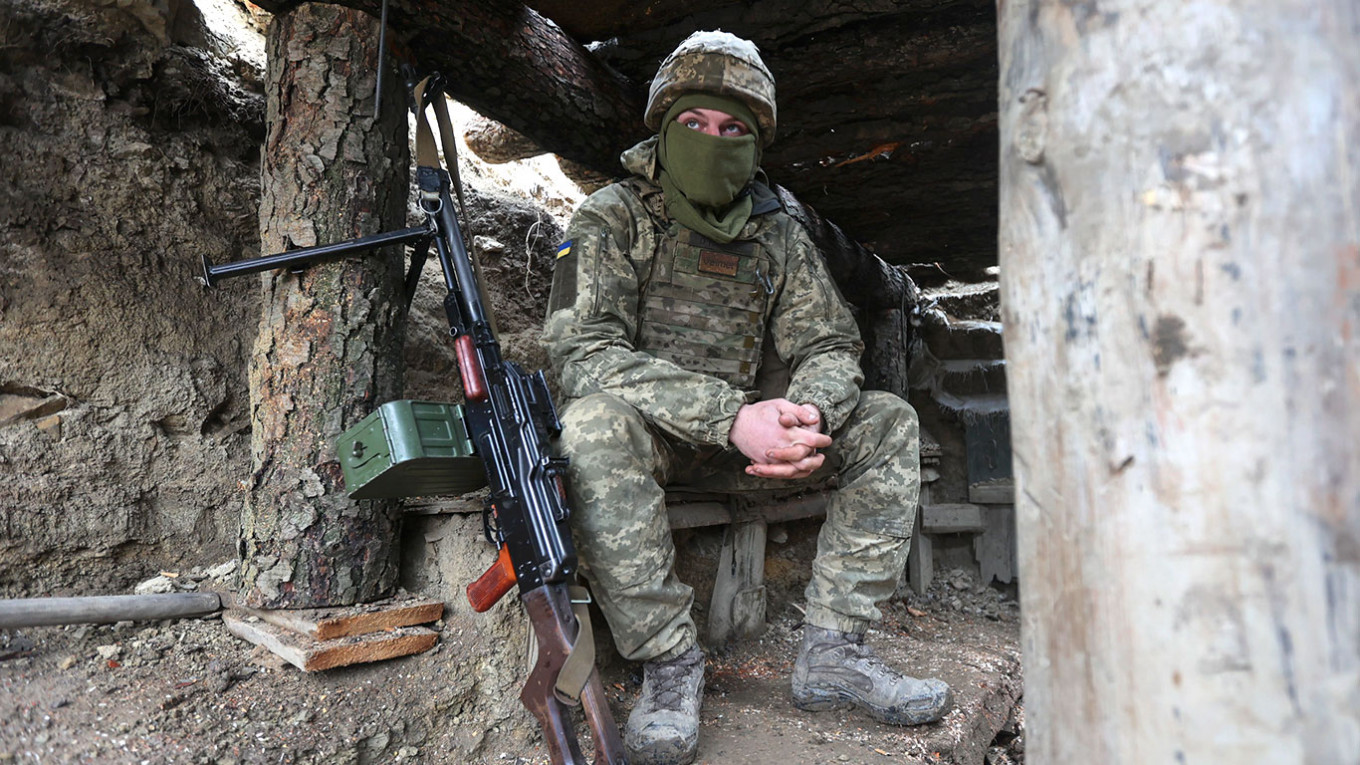 Top U.S. and Russian officials held crucial talks Monday with tensions soaring over Ukraine and security demands from Moscow, but there was little hope of a diplomatic breakthrough.

The high-stakes negotiations come amid fears of a Russian invasion of its pro-Western neighbor Ukraine, and with Moscow demanding wide-ranging concessions from Washington and its NATO allies.

Monday’s talks in Geneva launch a week of diplomacy between Russia and the West after Moscow amassed tens of thousands of troops at the Ukrainian border, drawing the United States into a Cold War-style stand-off.

A convoy of black vehicles with Russian diplomatic plates had arrived shortly before, and was ushered through the large iron gates under a billowing U.S. flag.

The two diplomats had already met informally in the Swiss city on Sunday evening, with Ryabkov afterwards telling Russian news agencies the first meeting had been “difficult.”

Pointing to a 2008 promise by NATO to consider membership for Ukraine and others, Ryabkov said: “Are they ready to give legal guarantees that this country, as well as other countries… will not join NATO?”

“I have a rather pessimistic forecast in this regard.”

Sherman said on Twitter that the talks were underway but there would be little progress without others at the table.

“The U.S. will listen to Russia’s concerns and share our own, but we have been clear we will not discuss European security without our allies and partners,” she said.

Sherman in the talks on Sunday had stressed “the freedom of sovereign nations to choose their own alliances,” the State Department said.

In the muddy trenches on the frontline in Ukraine, where Kyiv’s forces have been battling pro-Russian fighters since 2014, there was little hope for diplomacy.

“I doubt that anything will change,” 29-year-old soldier Mykhailo said as he walked through trenches in the town of Avdiivka, just north of the separatist stronghold city of Donetsk.

Both sides have set firm lines, with Washington warning that Moscow would face severe diplomatic and economic consequences from an invasion of Ukraine, and Russia demanding wide-ranging new security arrangements with the West.

After Monday’s talks, a meeting of the NATO-Russia Council will take place in Brussels on Wednesday, then the permanent council of the Organization for Security and Cooperation in Europe (OSCE) will meet in Vienna on Thursday with the issue of Ukraine expected to dominate.

U.S. Secretary of State Antony Blinken stressed Sunday that Russia had to choose between dialogue and confrontation, warning on CNN that there would be “massive consequences for Russia if it renews its aggression on Ukraine.”

Blinken warned that any positive outcome from the talks would rely in part on Russia’s willingness to stand down from its aggressive posture, which he likened to “an atmosphere of escalation with a gun to Ukraine’s head.”

Any direct military action by the United States or NATO in defense of Ukraine is extremely unlikely.

But Western officials have warned Moscow would face significant economic and financial consequences if it invades, and could see NATO boost its presence and capacities near Russia’s borders.

NATO chief Jens Stoltenberg said Monday that the alliance would be warning Russia of the “severe costs” of an invasion.

He said he did not expect this week’s talks to “solve all the issues,” but wanted to kickstart a diplomatic process.

“We are aiming for an agreement on a way forward, a process, a series of meetings,” Stoltenberg said before talks with Ukraine’s deputy prime minister in Brussels.

Measures against Russia under consideration include sanctions on Putin’s inner circle, canceling Russia’s controversial Nord Stream 2 pipeline to Germany or, in the most drastic scenario, severing Russia’s links to the world’s banking system.

Moscow insists it was deceived after the Cold War and understood that NATO would not expand eastward.

Instead, the U.S.-led alliance welcomed most of the former Warsaw Pact countries and the three Baltic nations that were under Soviet rule.

Russia has put intense pressure on Ukraine since 2014 after a revolution overthrew a government that had sided with the Kremlin against moving closer to Europe.

Russia seized the Crimean peninsula and backs an insurgency in eastern Ukraine in which more than 13,000 people have died.

“The Cold War is over, and so are spheres of influence,” Ukraine’s Foreign Minister Dmytro Kuleba tweeted ahead of Monday’s talks.

“Putin’s demands are illegitimate and harmful to international peace and security.”