RIO DE JANEIRO—Tatiana Aparecida de Jesus used to walk the city’s streets as a sex worker, high on crack cocaine. Last year, the mother of five joined a small Pentecostal congregation in downtown Rio called Sanctification in the Lord and left her old life behind.

“The pastor hugged me without asking anything,” said Ms. de Jesus, 41, who was raised a Catholic and is one of more than a million Brazilians who have joined an evangelical or Pentecostal church since the beginning of the pandemic, according to researchers. “When you are poor, it makes so much of a difference when someone just says ‘good morning’ to you, ‘good afternoon,’ or shakes your hand,” she said.

For centuries, to be Latin American was to be Catholic; the religion faced virtually no competition. Today, Catholicism has lost adherents to other faiths in the region, especially Pentecostalism, and more recently to the ranks of the unchurched. The shift has continued under the first Latin American pope.

Seven countries in the region—Uruguay, the Dominican Republic and five in Central America—had a majority of non-Catholics in 2018, according to a survey by Latinobarómetro, a Chilean-based pollster. In a symbolic milestone, Brazil, which has the most Catholics of any country in the world, is expected to become minority-Catholic as soon as this year, according to estimates by academics that track religious affiliation.

In Rio state, it has already happened. Catholics make up 46% of the population, according to the latest national census in 2010, and a little more than a third of some poverty-stricken favelas, or slums.

“The Vatican is losing the biggest Catholic country in the world—that’s a huge loss, an irreversible one,” said José Eustáquio Diniz Alves, a leading Brazilian demographer and former professor at the national statistics agency. At the current rate, he estimates Catholics will account for fewer than 50% of all Brazilians by early July.

The reasons for this shift are complex, including political changes that reduced the Catholic Church’s advantages over other religions, as well as growing secularization in much of the world. During the pandemic, evangelical churches have been especially effective at using social media to keep people engaged, said Mr. Diniz Alves.

The rise of liberation theology in the 1960s and ’70s, a time when the Catholic Church in Latin America increasingly stressed its mission as one of social justice, in some cases drawing on Marxist ideas, failed to counter the appeal of Protestant faiths. Or, in the words of a now-legendary quip, variously attributed to Catholic and Protestant sources: “The Catholic Church opted for the poor and the poor opted for the Pentecostals.”

The declining influence of Catholicism in Latin America has far-reaching social and political consequences. In countries such as Brazil, conversions to Pentecostal Christianity have boosted socially conservative views from the favelas to the halls of Congress, helping to propel right-wing President Jair Bolsonaro to power in 2018.

While President Bolsonaro still identifies as Catholic, he got himself baptized by a Pentecostal pastor in the River Jordan in 2016 in the lead-up to his presidential campaign. Pentecostals and evangelicals are prominently represented in his cabinet and make up a third of Brazil’s congress. His wife attends an evangelical church.

Pentecostalism is a tradition originating in the U.S. which emphasizes direct contact with the Holy Spirit through highly physical forms of worship such as speaking in tongues and faith healing. It is part of the larger evangelical Protestant movement, which stresses biblical authority, the experience of being “born again” and the mission to win converts. Mainline Protestant churches such as Anglicans and Lutherans have made relatively few inroads in Latin America.

In nations with growing numbers of people with no religious affiliation, more-liberal social practices are growing. Argentina, the pope’s native country, legalized abortion last year and Chile’s congress is taking the first steps on a bill to decriminalize the procedure. Even in Mexico, which still has a large Catholic majority, the church’s hold on society is weakening, as seen in the Supreme Court’s September vote to decriminalize abortion. 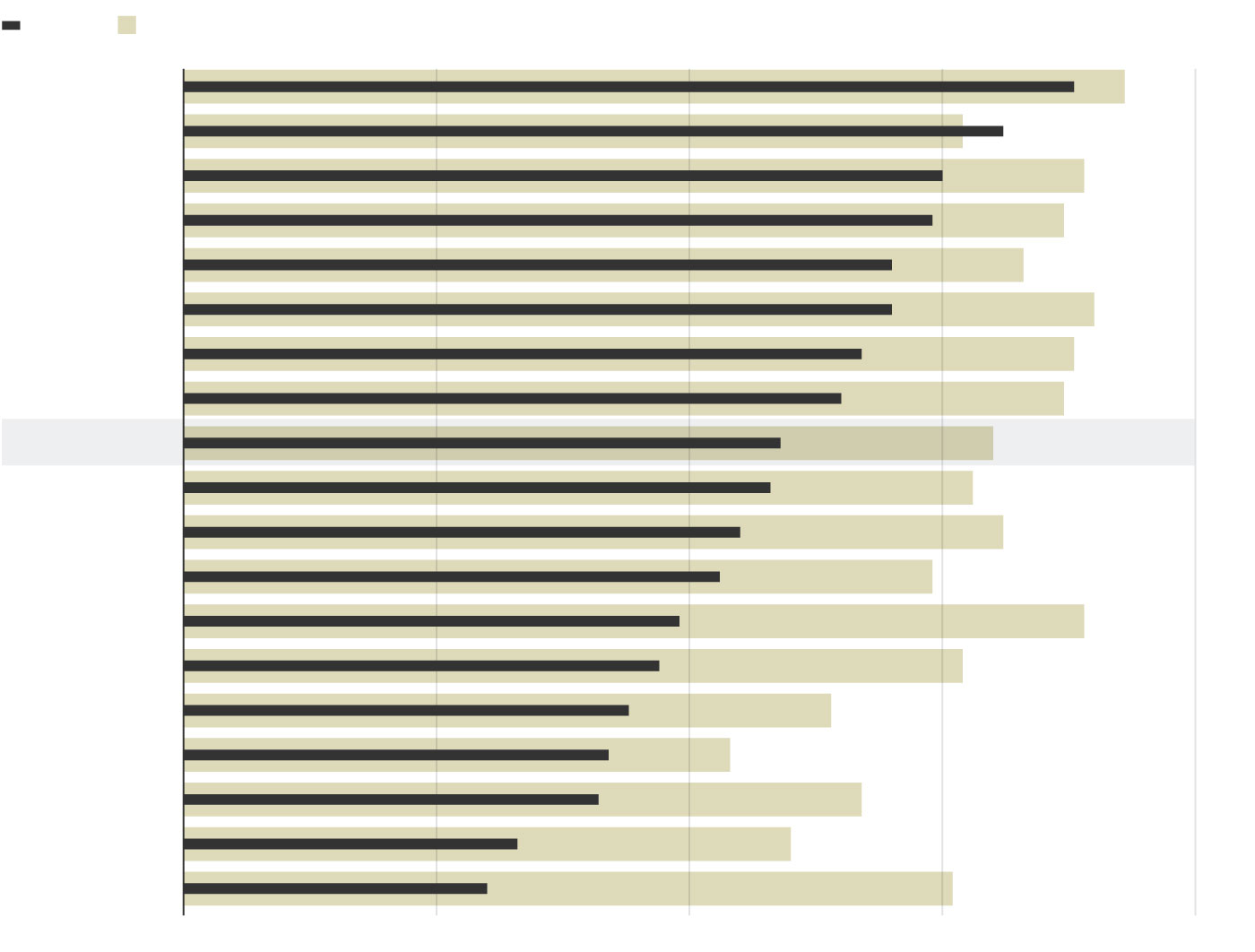 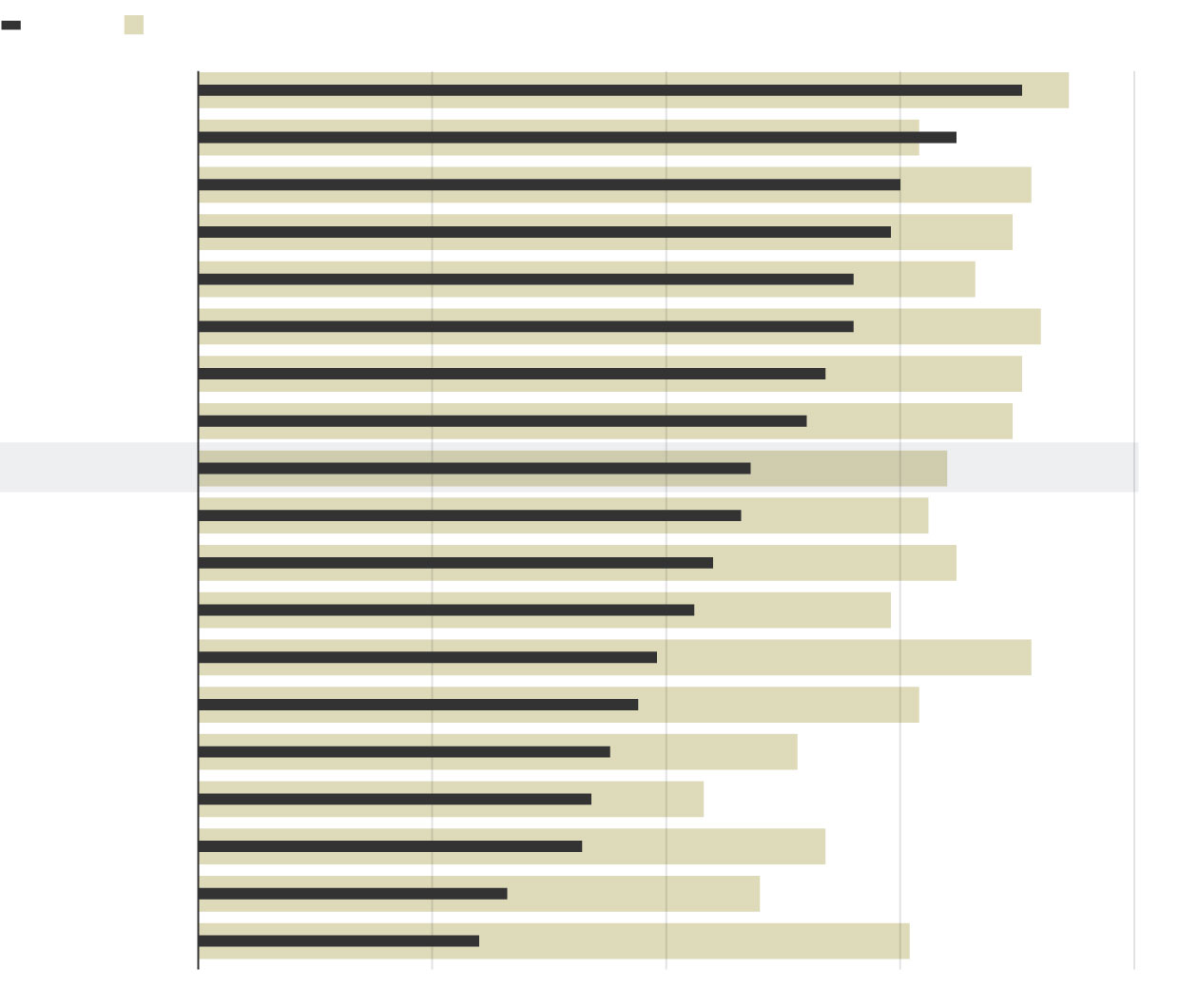 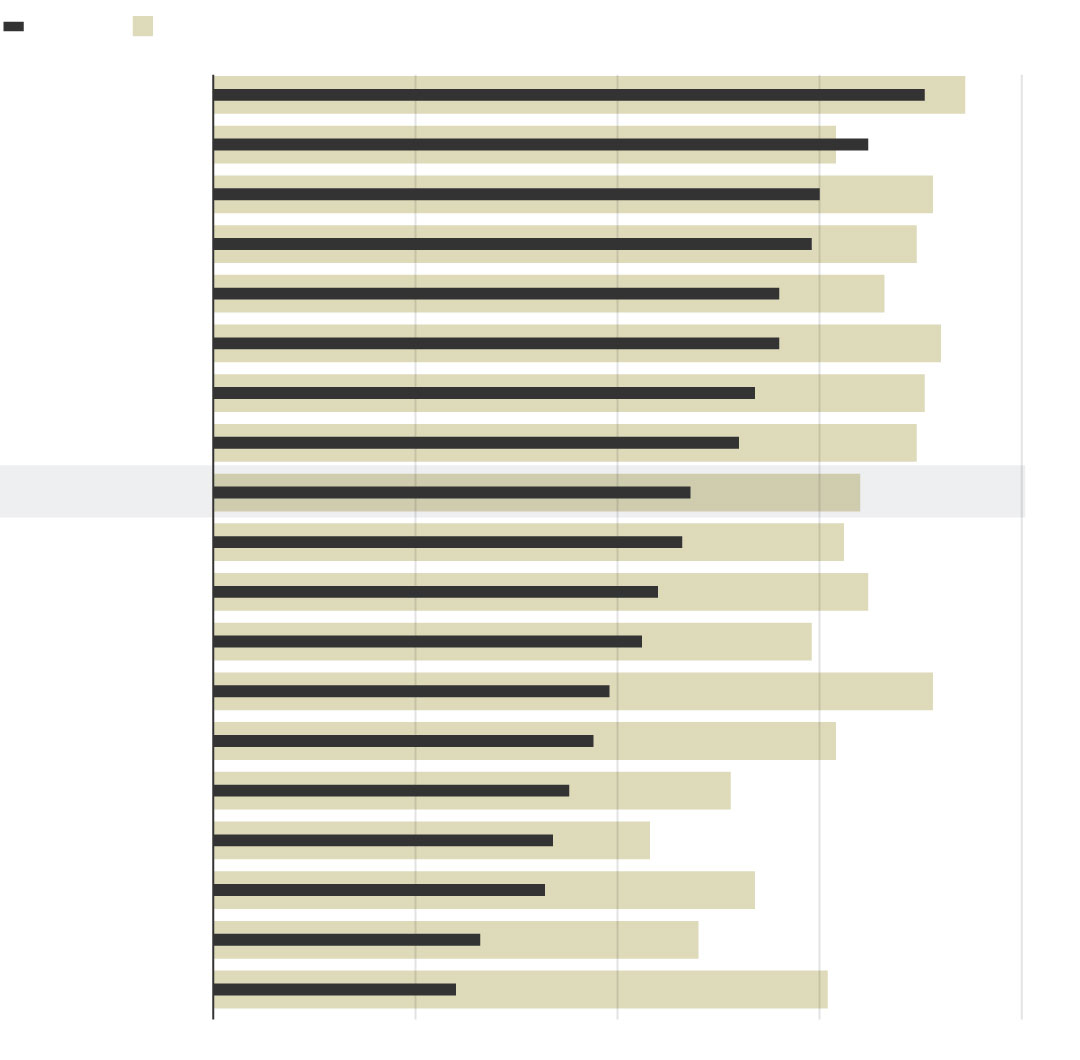 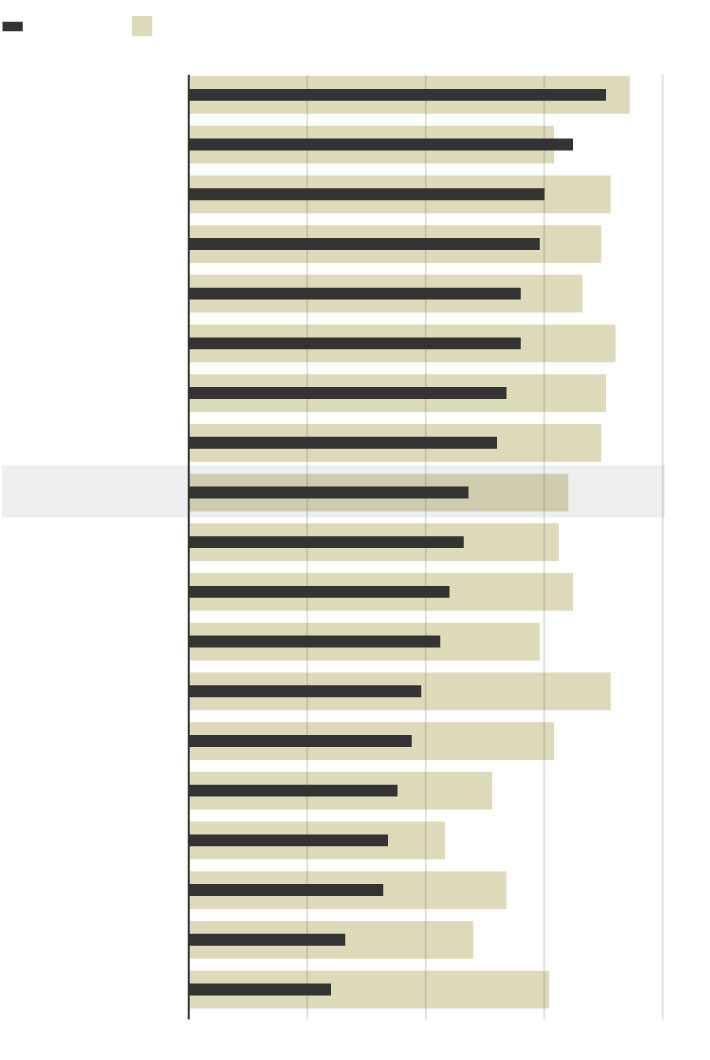 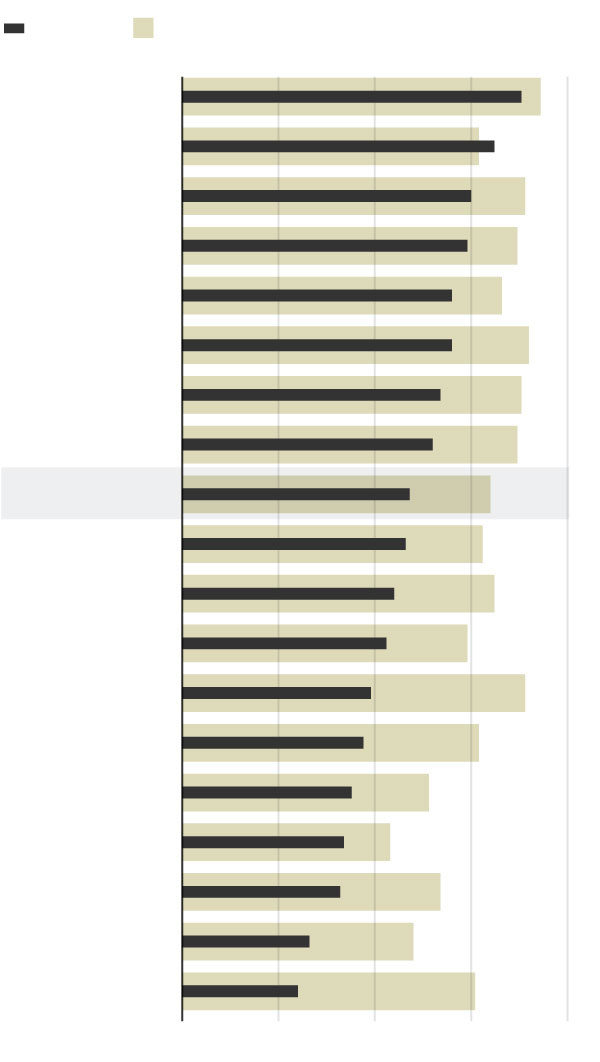 Under Pope Francis, who met with Pentecostal and evangelical leaders when he was archbishop of Buenos Aires, the Vatican has sought to coexist peacefully with those of other beliefs rather than fight the rising tide of rival faiths.

Pope Francis has often inveighed against missionary efforts aimed at winning converts. At a 2019 Vatican synod on Latin America’s Amazon region, there was scarcely any discussion of the church’s losses of adherents, even though a recent report by a church agency showed that 46% of the Amazon region’s 34 million inhabitants weren’t Catholics. The gathering devoted more attention to the region’s environmental challenges, a signature cause of the current pontificate.

Latin America’s religious transformation began with independence from Spain and Portugal in the 19th century, after which Catholicism, which had come with colonization starting in the 16th century, ceased to be the state religion. The church retained a privileged legal position in many countries and it wasn’t until the mid-20th century that competing faiths began to grow.

The most successful by far of these new faiths was Pentecostalism. Between 1970 and 2020, the number of Pentecostals in Brazil grew to 46.7 million from 6.8 million, according to the World Christian Database. In Guatemala, they grew more than 10-fold, to 2.9 million from fewer than 196,000.

What steps should the Catholic Church take to retain adherents in Latin America? Join the conversation below.

Pentecostalism’s loose organizational structure has helped it make inroads into Latin America’s poorest neighborhoods, where churches offer material as well as spiritual help. Lay-led churches with flocks as small as a few dozen families organize donations of rice and beans for hungry families, fund soccer clubs for young boys to lure them away from drug gangs and organize private healthcare as an alternative to Brazil’s failing public hospitals.

According to the 2014 Pew survey, the most popular reason given by former Catholics in Latin America for embracing some form of Protestantism was to have a more personal connection with God, cited by 81% of respondents. Nearly six in 10 said they left Catholicism because they found “a church that helps members more.”

For Jaime Martins, a 45-year-old lawyer from Rio de Janeiro, the turning point came in 2016, when Brazil’s economic crash left him penniless, sending him into a downward spiral of depression and addiction. His wife left him, he got into trouble with the police, and he took to wandering across the city’s highways at night. “I wanted to get run over.”

A Pentecostal church in Rio funded his drug rehabilitation program, and another gave him accommodation and a job as an assistant in the church, said Mr. Martins. Unlike larger Catholic churches in the area, the informal structure of the Pentecostal and evangelical churches allows for greater contact between church leaders and worshipers like Mr. Martins.

“The Catholic priests wouldn’t even have coffee with us,” he recalled.

Members of the clergy say they need to be more accessible to ordinary worshipers, much like Pope Francis, who focused on down-and-out neighborhoods when he was archbishop of Buenos Aires,. Today, priests and nuns can be found working in barrios and rural areas across the region.

Evangelicals tend to be more engaged—60% of those interviewed in a 2007 study in Brazil said they go to church more than once a week, compared with only 16% among Catholics.

Tithes and the profits from a business empire run by Brazil’s evangelical churches, which includes television networks and cruise companies, have given the movement a financial firepower that enables it to expand into poverty-stricken suburbs and fund political campaigns.

In downtown São Paulo, South America’s largest megalopolis, a $300 million replica of Solomon’s Temple stands as testimony to evangelism’s meteoric rise. Built in 2014 by one of Brazil’s biggest and wealthiest neo-Pentecostal churches, the Universal Church of the Kingdom of God, the temple can hold up to 10,000 worshipers.

Amid the pomp—builders imported enough marble from Israel to cover 10 soccer fields for its walls and floors—its pastors offer down-to-earth advice from a gold-plated altar. In group sessions of couples therapy every Thursday, pastors impart tips on issues such as how to encourage a husband to do the washing and forgiving a wife after an affair. Pentecostal pastors are typically married, which they say gives them an advantage on such topics over celibate Catholic priests.

Many Pentecostals preach the “theology of prosperity”—more commonly known in the U.S. as the Prosperity Gospel—which holds that God’s grace is reflected in material wealth. At Solomon’s Temple in São Paulo, suited men regularly line up at the altar with velvet red sacks and credit-card machines to receive offerings as the pastor promises his followers that they too will get rich if they donate generously.

Some social scientists believe that the growth of Pentecostalism in Latin America will reach a ceiling in the coming years, but there is a consensus that the religious market will remain a pluralistic and competitive one. Some Catholic movements in Latin America have sought to win back lost sheep, either by emulating important features of Pentecostalism, such as ecstatic worship, or by reviving a more traditional form of Catholicism, including the Latin Mass.

The Rev. Martín Lasarte, a Uruguayan priest appointed by Pope Francis to the 2019 Vatican synod on Latin America’s Amazon region, believes the liberation theology movement has often placed political and social issues above the religious experience. In such cases, “it lacks the existential sense of the joy of living the Gospel, this personal encounter that so many Pentecostal churches give to the person,” he said.

Since the 1970s, Charismatic Catholicism has been a way to keep many Catholics attracted to Pentecostalism inside the ranks, with faith healing and speaking in tongues, combined with distinctively Catholic features including devotion to the Virgin Mary. In 2020, 22.8% of Catholics in Latin America were charismatics, according to the World Christian Database, maintained by Gordon-Conwell Theological Seminary in Massachusetts.

A more recent movement is in militant conservative Catholicism which stresses apologetics, or the defense of Catholic doctrine. A major leader is the Brazilian Rev. Paulo Ricardo, a priest with 1.5 million followers on Facebook who has condemned liberation theology as heresy and enthusiastically supported elements of Mr. Bolsonaro’s agenda such as relaxed laws on gun ownership.

Pope Francis, while embracing a different kind of politics, has hardly neglected Latin America in his ministry: He made the first international trip of his reign to Brazil, in July 2013, and has since traveled to nine other countries in the region. But he is clearly not leading a crusade to reclaim the region for Catholicism.

“The church certainly can’t expect to turn back history, let alone impose some sort of centralized hegemony,” said Pedro Morandé Court, a Chilean sociologist who sits on the Vatican’s Pontifical Academy of Social Sciences, an international body of scholars that advises the pope.

Tonga: Differently-abled man says he survived 27 hours at sea after being swept away by tsunami