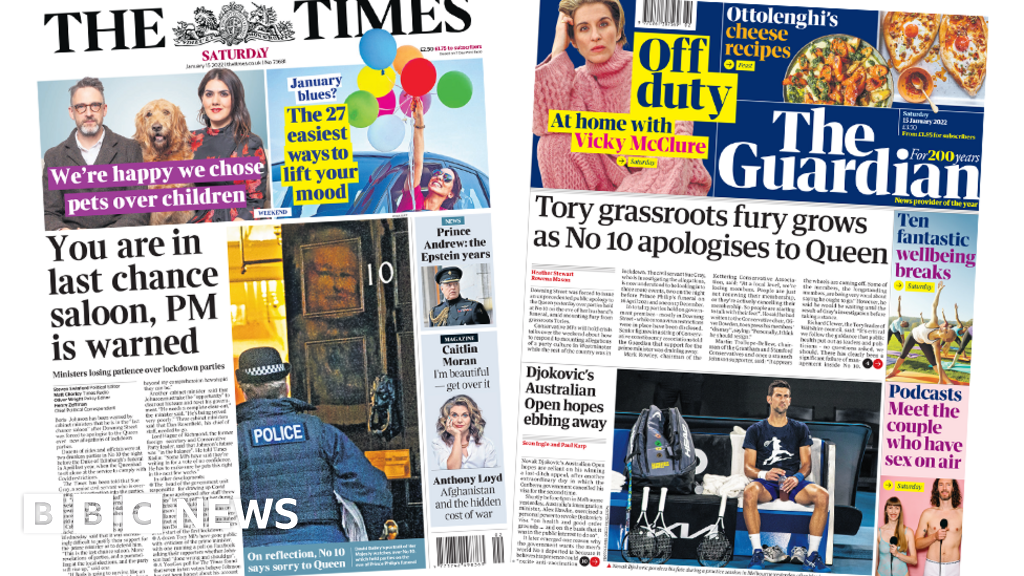 Dominating Saturday’s front pages are the latest allegations of parties at Downing Street while lockdown restrictions were in place. The Times says cabinet ministers have warned the prime minister that he is in the “last chance saloon”. It comes after Downing Street apologised to Buckingham Palace for two staff parties held in No 10 on the eve of the Duke of Edinburgh’s funeral. The gatherings, which were not attended by Boris Johnson, took place in April last year. The Times says Sue Gray, who is investigating the parties, has been left “blindsided” by the new revelations.